NewsPaperthe art of publishing
HomeNews£125,000 a year for cleaning toilets? Nice work if you can get...
56 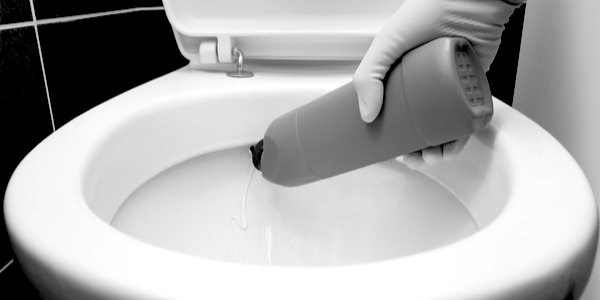 SIOBHAN Lowe is experiencing what Andy Warhol described as the fifteen minutes of fame due to all of us. As head teacher of Tolworth Girls’ School in Surbiton, south London, she has undoubtedly achieved much of which she can be proud. The school is a vibrant community and is rated ‘outstanding’ by Ofsted. Fame has arrived for its head, though, via a recent interview on BBC Radio 4’s Today programme.

Ms Lowe was chosen by the corporation to articulate the head teachers’ case against what they perceive as the chronic under-funding of our schools. She spoke with passion and with certainty. Things are indeed so bad and staffing numbers so reduced, she claimed, that she has to clean toilets and serve as a dinner lady.

Only £10 per pupil per year, in total, can be afforded to purchase essential items such as books and science equipment. The cuts, she argued, have been ‘phenomenal’ and schools are now relying on financial support from parents – up to £1,200 per child in one school.

Ms Lowe certainly made the most of the opportunity presented to her by the programme. In graphic and unrestrained terms she damned the government for cutting school budgets. The BBC decided against having her point of view challenged in the studio. It lamely asserted that the government had not taken up an invitation to give its view.

Expecting our battered, spineless and useless education department to stand up to bullying from headteachers was wishful thinking indeed. The bullies of ‘the Blob’ have invariably made short work of any spokesman for the education department. Even would-be tough guy Michael Gove was sent packing. It is a hapless and hopeless department that is quite incapable of defending itself let alone promoting sane and sensible educational policy or argument.

Ms Lowe’s denunciations, therefore, went largely unchallenged. They centred on data from the Institute for Fiscal Studies which showed that, between 2009-10 and 2017-18, real terms spending per pupil In England fell by around 8 per cent. The Institute’s statistics are the foundation stone on which head teachers have built their case. They have, however, chosen to ignore data from the Institute pointing to a 50 per cent real terms increase in per pupil spending if one uses the year 2000 as the base point. Ms Lowe brushed this aside when it was mentioned to her. She appeared not to understand the meaning of spending in ‘real terms’ and was allowed off the hook; presumably, because she had referenced her toilet cleaning duties.

An avalanche of media coverage followed which largely backed up the brave headteacher for living up to her school’s motto – ‘Let your light so shine’. The Guardian was in the vanguard of Ms Lowe’s acolytes. My letter to its editor was, unsurprisingly, ignored. So, here it is – the viewpoint that had to be closed down:

You report widespread concern about inadequate school funding (Guardian 9 March 2019). Most worrying of all, however, is that schooling in this country is so expensive. According to the Organisation for Economic Co-operation and Development (OECD) we are amongst the highest per-pupil spenders internationally but compared with comparatively poor countries such as Vietnam and, closer to home, Estonia, our children get poor value in return.

The much-quoted Institute for Fiscal Studies has reported that in real terms, overall government spending on education increased by almost 900 per cent between 1953 and 2009. It also states that between 2000 and 2020 the expenditure increase will be 50 per cent. Since the 1950s, and alone amongst developed countries with the possible exception of the USA, the OECD has reported that functional illiteracy and innumeracy remained unchanged in Britain.

The current spending crisis in schools might best be explained by a glance at the most recent School Workforce Census. It shows that teachers constitute a minority (47.7 per cent) of school staff. Our fashionable, but failing, child-centred teaching methods are no longer financially sustainable. Good! If budget constraints force our schools to use the traditional, and cheaper, teacher-led learning, common in the super-star education systems of the Asia-Pacific, we may find that the current funding crisis has a silver lining – higher standards, less stress for everyone and more money to reward good teachers. What’s not to like?

‘Tell the truth!’ This is what head teachers tell pupils. It is Lesson 1 in most schools. But, which truth do you believe – the BBC’s via Ms Lowe and the Blob or the one expressed in my letter?

It seems that the Sun at least has smelt a rat. It has reported that, on reflection, and the light of an investigation by the newspaper, some MPs have become concerned:

Tory MP Nigel Evans accused the BBC of not setting out the true situation.

He told The Sun: ‘It does seem as if the BBC are being spoon-fed selective information and not presenting the full truth.

‘It is damaging the reputation and influence of the BBC when they become a propaganda tool of any particular stance.

‘They really need now to have an investigation into how this happened.’

The good news from the Sun is that Ms Lowe had less need to be upset than she imagined or than the BBC reported:

Nigel Evans MP is right. We do need an investigation. How does the Today programme define ‘truth’ these days?