NewsPaperthe art of publishing
HomeNews187 years down the line, is HS2 worth it?
0 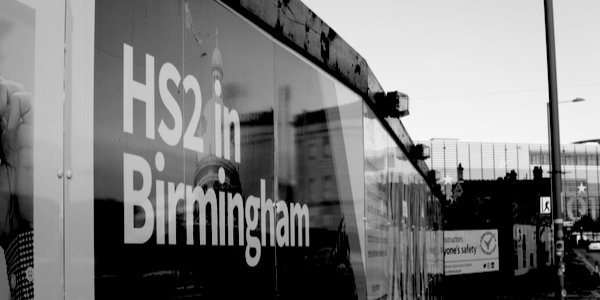 AFTER years of controversy and delay, an astonishing railway between London and Birmingham is finally being built. The journey time will be halved and once the line is extended north, trade and commerce will flourish anew . . .

No, we’re not talking about the scene last week, when Boris Johnson officially inaugurated work on HS2. This was the vision 187 years ago, in May 1833, when work started on the original London and Birmingham Railway.

The age of locomotion had dawned and engineer Robert Stephenson, son of the great George Stephenson, was in charge of building the 112-mile line.

The project was dubbed ‘the greatest public work ever executed either in ancient or modern times’ by one of the railway company’s assistant engineers, Peter Lecount.

It involved five years of digging, blasting, tunnelling, bridge-building, embanking and track-laying by 20,000 navvies, many of whom were killed in accidents. Lecount reckoned 25billion cubic feet of material was lifted and shifted – 10billion more than during the building of the Great Pyramid of Giza.

There were vociferous objections to the railway, but not on environmental grounds. The protests came from aristocratic landowners who didn’t want smelly, smoky steam trains trundling across their verdant country estates. Eventually, most of these toffs were bought off, but others remained unmoved and the route had to be varied accordingly.

The line became operational in stages, with its full length opened on September 17, 1838, between the new Euston Station in London and Curzon Street in Birmingham.

The eventual cost was around £5.5million, twice the original estimate, all financed by private enterprise via a shareholding company.

By today’s standards, it was not so much a railway, more a snailway. With trains doing an average of around 22mph, the fastest journey time between London and Birmingham was five and half hours. That was still a significant improvement on a stagecoach trip of between 11 and 14 hours, or four days by canal barge.

However, fares on the new line were initially only for the better-off. A one-way journey cost between £1 (20 shillings) and £1 15s (35 shillings). This was when £1 a week would have been a respectable wage for a skilled working man. The lowest-priced fourth-class carriages were open to the weather.

Fast-forward to 2020 and the estimate for building the London-Birmingham section of HS2 is £45billion – funded by the taxpayer – and it will be nine years at least before trains are running. The journey time will be cut from one hour 21 minutes to 52 minutes, with trains reaching 225mph to 250mph, but not on every section of the line.

The cost of HS2 tickets is to be determined closer to its opening, but there will probably be a substantial premium over regular services.

It’s unrealistic trying to compare the technical and financial aspects of HS2 and the 1830s railway in any meaningful way. But one issue is as valid today as it was then . . . was the line needed?

In 1833, the answer was undoubtedly yes. The pioneering Liverpool and Manchester Railway, opened in 1830, had already proved a spectacular success for freight and passenger traffic.

It seemed certain that a line between Birmingham, ‘the workshop of the world’, and London, the centre of a global empire, would also prosper. Railways were the future, bringing unprecedented mobility of people and goods, helping to cement Britain’s burgeoning industrial and commercial power.

So what about HS2? The arguments for and against have been well aired, with critics dismissing it as a vanity project and backers saying it is vital for Britain’s future. Even as the work goes ahead, the controversy continues.

One development the planners cannot have foreseen is vast numbers of rail commuters switching to working from home this year because of coronavirus. No-travel working could be even more ‘the new normal’ in nine years, or in 15 to 20 years, when the northern sections of HS2 are due to be completed and the total bill will be a possible £106billion.

However, for many people, HS2 boils down to one question – is it worth all that money to cut 29 minutes off a rail journey?

There were no such qualms among the public about the original London-Birmingham line. In July 1837, when trains were first rolled out along the Birmingham section, a newspaper reported that ‘the immense multitude, as far as the eye could reach, gave expression to their admiration by loud and long-continued cheering, and the waving of hats and handkerchiefs’.

So will there be cheering, hat-waving and expressions of admiration when the new line is completed?

Or will many Britons be sitting in their home offices in 2029 watching the HS2 opening ceremony on TV and wondering who will use it – and if its creators had ideas above their station?