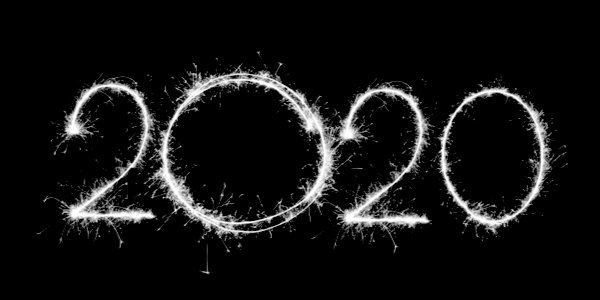 This is the final article in a daily series reflecting on the year.

2020 was an epoch-defining year. It wasn’t, as many suppose, a year in which we experienced a public health crisis, which governments did their very best to manage our way through so that we could eventually come out the other side and go back to the lives we were living before.

No, something changed, and a whole Pandora’s box was opened to unleash a torrent of great evils that will not easily be put back.

I am not even here talking about The Great Reset, that insidious and sinister project, which is not the paranoid delusion of some overweight, basement-dwelling, video game-playing dweeb with an affinity for aluminium, but rather the open aim and purpose of some extremely powerful organisations and individuals across the globe.

Rather, I am simply talking about the fact of human nature whereby we failed to recognise the warnings bleeping off all around us and – having chosen the comfortable option of going along with the epic lies of the Government and media, rather than the uncomfortable alternative of confronting those epic lies – we are now embarked on a voyage of becoming accustomed to things that were previously unthinkable.

2020 was the year that we were subject to what was the biggest Psychological, Economic & Social Test (PEST) ever carried out, and 2021 will no doubt see many of the consequences come home to roost.

Mass unemployment. The closure of thousands of small businesses. The hollowing out of town centres. The psychological damage of so-called social distancing and mask-wearing, particularly on the lives of a multitude of children. The plunging into poverty of millions. The continuation of authoritarianism in government and police. The looming threat of civil unrest.

And on top of these things, those in charge of the asylum have already prepped us that despite the alleged Salvation by Vaccine, we can continue to expect more of the same, including prolonged social distancing, mask wearing, lockdowns and no doubt a plethora of brightly-coloured, infantile slogans.

It has indeed been a dark, unfathomable year and, given that actions do still have consequences – even unintended ones – it is unlikely that 2021 is going to be a picnic on a summer’s day.

Yet in the midst of it all, hope shines far greater than the gathering darkness: ‘There, peeping among the cloud-wrack above a dark tor high up in the mountains, Sam saw a white star twinkle for a while. The beauty of it smote his heart, as he looked up out of the forsaken land, and hope returned to him.

‘For like a shaft, clear and cold, the thought pierced him that in the end the Shadow was only a small and passing thing: there was light and high beauty for ever beyond its reach.’ – J  R  R  Tolkien.

What Sam Gamgee saw was a small shaft of light. Nothing compared to the seemingly endless darkness around it, and yet ultimately far, far greater. A light beyond the darkness, separate from the darkness, piercing the darkness.

If they could have got away with it, the wretched killjoys who have been killing joy all year would have banned Christmas. As it is, they have gone out of their way to insist that your Christmas be as paltry, as insipid, as miserable as they themselves are. They want you to have a Christmas made in their image.

But it must not be so: ‘And the angel said unto them, Fear not: for, behold, I bring you good tidings of great joy, which shall be to all people. For unto you is born this day in the city of David a Saviour, which is Christ the Lord. And this shall be a sign unto you; Ye shall find the babe wrapped in swaddling clothes, lying in a manger. And suddenly there was with the angel a multitude of the heavenly host praising God, and saying,Glory to God in the highest, and on earth peace, good will toward men’ (Luke 2:10-14).

Hush now, ye heavenly host. Don’t you know there’s a virus about? Do stop that loud singing, and do stay well apart from one another to show a good example of social distancing to the people. And shouldn’t you be wearing masks?

Oh, and what a good thing Joseph and Mary were turned away from the inn, because they hadn’t downloaded the track and trace app and their presence would have made it Covid-insecure. And for pity’s sake, stop all that stuff about joy!

Bah, humbug! Let me level with you, oh ye rulers of the Earth. At Christmas time we celebrate the coming into the world of the Lord of Glory, the Light of the World, the Prince of Peace.

He came to live to die, and to die to live. He came that he might ascend to the right hand of the Father (Psalm 2), where he rules the nations (Psalm 110), and shall do so until he has put all his enemies under his feet (1 Corinthians 15:24).

The Covidian state is the wretched creation of miserable technocrats. Yet, in the grand scheme of things, it is only a small and passing thing – a Shadow, and a light affliction when set beside the eternal weight of glory.

So look up. Let hope return. Let beauty smite your heart. For God has sent us his son, the King who has opened the way of salvation and the path to eternal joy.