£20million splurge on handing out hugs 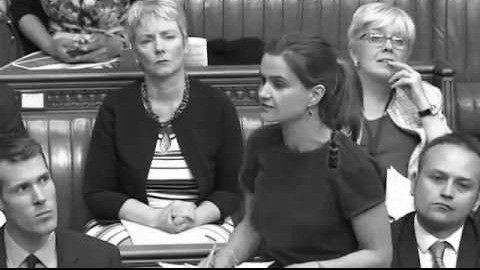 Hang on to your hats, folks, because Theresa May has your wallet out again and this time she has found a cool £20million ‘to help tackle loneliness’.

And you thought a Conservative government might show some restraint when it comes to flashing the cash, some modesty, perhaps, when considering how to spend taxpayers’ money. Never!

Where once Edmund Burke spoke of the ‘little platoons’, or de Tocqueville pointed to the voluntary self-funded mediating institutions between the State and the individual, now we have government-funded charities and community groups seeking your money to alleviate loneliness.

This latest splurge will see charities and community groups get £20million of new funding to help isolated people and those suffering from loneliness. Remember, all this must be administered by some bureaucrat, so that will see a drag on the £20million.

In addition to handing out the hugs, the money ‘will support groups to understand the impact of their work and share best practice about how to prevent loneliness’. Don’t you just love that term ‘best practice’?

It is not that I don’t take loneliness seriously – I do. I am sure it is crushing and it can hit you at any time. But perhaps if we didn’t ask the state to do so much for us, perhaps if we had not nationalised the family, there would be not so many lonely people in the first place. Because remember – the bigger the State, the smaller the citizen, and I’d add to that the bigger the State, the lonelier the citizen.

The State has gradually annexed all the responsibilities of adulthood – health care, child care, care of the elderly – to the point where it has effectively severed its citizens from humanity’s primal instincts, not to mention its caring instinct. This increases loneliness.

All of this in the name of murdered MP Jo Cox. Our esteemed PM: ‘This is just part of Jo Cox’s legacy, and I am determined we continue to take this forward. That’s why we need to do all we can to tackle loneliness, and our forthcoming strategy will build on today’s funding.’ I really object to the sentimentalisation of public policy – and this is one very good example of why we should resist the urge to turn every tragedy into a public policy position.

I tell you what might go some way to reducing all this loneliness:

1. Roll back on the divorce revolution that leaves a lot of older people (usually women) on their own;

2. Call off the war on marriage, so more young people can get married instead of spending all their time on Facebook;

3. Stop the State takeover of the duties, burdens and responsibilities that were once the role of the family. When individuals must rely on family, neighbours and communities instead of the State, they are less individualistic and instead cultivate networks and relationships with others. This reduces loneliness.