The BBC’s vaccine cheerleader Jeremy Vine gets his comeuppance 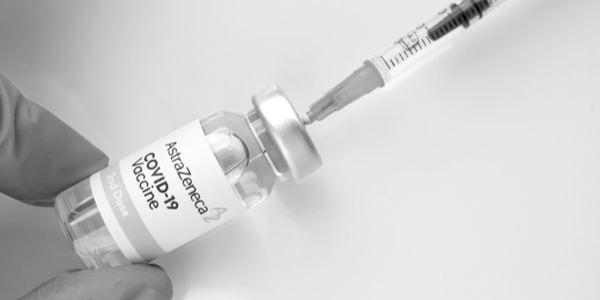 THE entitlement and arrogance of the BBC’s top-paid presenters is no secret. To that we must now add sheer ignorance, studied denial and cruelty.

Hundreds of thousands of listeners on Friday heard a courageous caller, ‘John in Manchester’ who ‘blagged’ his way on to Jeremy Vine’s Radio 2 show to counter the BBC’s Covid vaccine propaganda, lay it all bare. It was riveting – ‘John’ put it to Vine straight up why was there no BBC reporting of the 1,500 deaths in Britain due to the vaccine.

To every attempt by Vine to intimidate him and denigrate his stance John came back with the perfect riposte. It was a masterclass in staying on the front foot, what I call ‘walking towards the fire’ with an even stronger reply. John performed a public service.

You can listen to the exchange here.

As for Jeremy Vine’s own exercise in outraged agitprop, it was successful in only one thing, revealing his own abysmal and stubborn ignorance of and denial of the Yellow Card adverse reaction reporting system. Astonishingly, he dismissed the whole (official and longstanding) medical recording system as having no validity or relevance. As far as he was concerned it meant nothing, no adverse reaction was a proven result of the vaccine. So it should be disregarded however many more deaths or negative health reactions were recorded.

That a senior BBC presenter refuses (so vehemently too) to see that the whole point of the Yellow Card system is to flag up potential dangers was jaw-dropping. They are not just the postcards from the seaside that he treated them as. Does he not understand that it is up to the regulators to study the reports, and to act when necessary? Is he not aware that doctors in particular are often reluctant to admit that a ‘treatment’ has caused harm? That many doctors themselves are unaware of the system they should be using? That studies have indicated that actual adverse events are 10-100 times more frequent that the reports would suggest? Or that when medics or relatives do submit a report, it is because the individual became sick in a way that gave rise to the suspicion or likelihood that the illness was not just a coincidence, but an adverse event from the vaccine?

Finally, we assume that along with the rest of the BBC he has turned a blind eye to that fact that in the case of the Covid vaccines, the number of suspected adverse events is through the roof compared with all other vaccines and drugs; there has never been anything like it previously.

Vine’s cavalier treatment and dismissal of the vaccine injured requires more than an apology – it requires his resignation.