NewsPaperthe art of publishing
HomeNews8.14am, August 6, 1945 – the bomb that changed the world
0 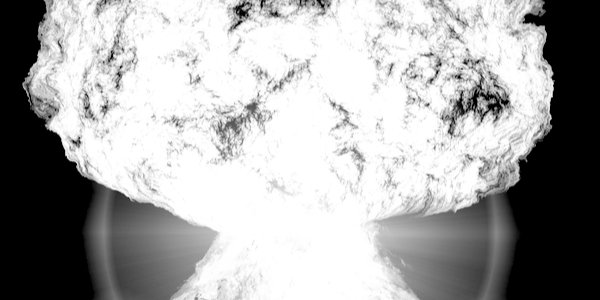 FATHER John A Siemes was starting his day near Hiroshima when it happened, just before quarter past eight on August 6, 1945. He was with a Jesuit mission which had relocated there after the gigantic fire-bombing of Tokyo in March by hundreds of American planes.

‘The Novitiate is situated approximately two kilometres from Hiroshima, half-way up the side of a broad valley. Suddenly – the time is approximately 8:14 – the whole valley is filled by a garish light which resembles the magnesium light used in photography, and I am conscious of a wave of heat. I jump to the window to find out the cause of this remarkable phenomenon, but I see nothing more than that brilliant yellow light. On the way from the window, I hear a moderately loud explosion which seems to come from a distance and, at the same time, the windows are broken in with a loud crash. There has been an interval of perhaps ten seconds since the flash of light. I am sprayed by fragments of glass. The entire window frame has been forced into the room. I realize now that a bomb has burst and I am under the impression that it exploded directly over our house or in the immediate vicinity.’

This time, incredibly, to inflict similar damage to the Tokyo raid needed only a single bomb, a weapon so different that it took Fr Siemes some time to piece together what had happened.

Conventional air raids in World War Two – yet how is napalming civilians conventional? – claimed perhaps twice as many lives in Japan as Hiroshima’s and Nagasaki’s victims combined; but ever since that day 75 years ago today, warfare’s potential has been on a new, even ghastlier level.

The British people’s reaction to the news, first relayed on the radio Home Service at 6pm, was not unmixed rejoicing, according to sources quoted by David Kynaston in his Austerity Britain (pp 82-86). The 9pm edition gave more details of the bomb and its effects – still hard to discern through the ‘pall of smoke and dust’ – on what had been a Japanese ‘army base’ at six but three hours later was ‘a city of once over 300,000 inhabitants’. There was ‘elation’ at the prospect of peace but ‘terror’ at the scale of destruction; the novelist Ursula Bloom and her husband were speechless with horror; the Dean of Oriel College, Oxford, abandoned any belief in a Just War; J R R Tolkien wrote to his son deploring ‘the utter folly of these lunatic physicists to consent to do such work for war-purposes; calmly plotting the destruction of the world’, especially while mankind’s ‘moral and intellectual status is declining’. A London teacher noted the hypocrisy of cheering the ‘atomic bomb’ yet hating the Germans for their air raids on us; a housewife in Cumbria worried whether Japan had the Bomb, too, and was merely biding its time; a Scots engineer wrote in his diary: ‘There is no hope in man . . . The end is near – perhaps some years only.’

Out East, the morale of the ‘Forgotten Army’ had been low; they had learned of Victory in Europe, but had been expecting perhaps another ten years of fighting the Japanese to the last ditch. Instead, to their great relief, the conflict was to end in a few days. What, however, did they make of the Bomb?

There are three books that taken together serve as a trilogy describing the war in Burma at first hand and at every level. The first, Defeat Into Victory (1956), is by the Fourteenth Army’s commander, Lieutenant General (later Field Marshal and Viscount) William ‘Bill’ Slim. In the final chapter ‘Afterthoughts’ he saw that future armies, facing enemies in possession of battlefield nuclear weapons that could wipe out whole units at a stroke, would have to fight in a dispersed, semi-autonomous fashion.

The second, The Road Past Mandalay (1961), is by John Masters, one of Slim’s military planners who for a time took command of a Gurkha brigade dropped behind the Japanese lines, initiating a ferocious battle and ultimately forced to retreat. When he returned to HQ he resumed the heavy burden of intricate planning and towards the end of the Burmese campaign became so exhausted that he was in danger of making fatal errors. Granted leave, he set off to walk in the Himalayas with his new wife on the morning of August 6. Near the end of the trip, they came to the Rest House in Joshimath where the resident priest remarked that he was glad the fighting was over. This made no sense until His Holiness showed him a newspaper over two weeks old, with the splash headline ‘ATOMIC BOMB DROPPED ON JAPAN’.

‘I believed with instant conviction that there could be no more war. No more tactics, no more strategy, only total destruction – or peace. The training and experience of a lifetime had vanished into the thin Himalayan air, and I was happy.

‘I took my wife in my arms and kissed her. His Holiness said, in Hindi, “May God bless you, in peace”.’

1992 saw the appearance of Quartered Safe Out Here, George MacDonald Fraser’s celebrated vivid account of his part in the Burma Campaign, serving as a private in Cumbria’s Border Regiment. Many years after the war, he argued with a man who was denouncing the nuclear bombings of Hiroshima and Nagasaki as obscene, monstrous and barbarous. Fraser reflected on what other and how many more lives would have been lost had the war continued; possibly his own, in which case his three children and six grandchildren would never have been born:

‘And that, I’m afraid, is where all discussion of pros and cons evaporates and becomes meaningless, because for those nine lives I would pull the plug on the whole Japanese nation and never even blink. And so, I dare suggest, would you. And if you wouldn’t, you may be nearer to the divine than I am but you sure as hell aren’t fit to be parents or grandparents.’

Here we are now, with these horrors sitting in their silos and launch tubes, plus chemical weapons and vile diseases carefully crafted by laboratory white-coats. Which of the above witnesses are right? Among the military, the tactician, the idealist, the balance-of-terror-ist? For the civilians, the elated, the horrified, the triumphant, the bleak pessimist?

How can we get rid of such dark toys? For surely, we’re not fit to play with them.

John Pilger on the risks of another nuclear war: