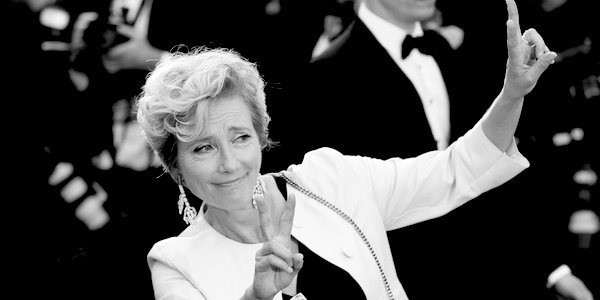 BBC One will soon screen a new drama serial for which viewers must suspend political disbelief: it dares to presume the UK has actually left the European Union.

Years and Years is billed as a ‘family drama which imagines a post-Brexit Britain’. Described in previews as ‘dystopian’, a bleak vision is exactly what one would expect from writer Russell T Davies, who before the 2016 referendum proffered this considered opinion: ‘I’ll vote in, of course. Mainly because everyone who’s campaigning to get us out is a f*****g idiot.’

Years and Years portrays the ‘rise to power’ in the UK of ‘one of that new breed of politician – an entertainer, a rebel, a trickster and a terror’. Promoting the series last weekend, creator Davies told a television festival: ‘The inspiration was all around me. I think it’s time to take these people seriously, really. There’s a whole new breed of politician who uses the media and uses public opinion and social media to become popular and to get votes.’

In other words he has created someone for metropolitans to loathe, the character being one of those pesky political populists who has more affinity for the demos than does a BBC scriptwriter and his cosmopolitan clique. Or as Russell T Davies put it: ‘There’s a bit of [Boris] Johnson in there, there’s a bit of [Nigel] Farage in there . . . Our lives are full of those people now and they’re terrifying and fascinating at the same time.’

Davies’s dissident ‘knows how to talk nonsense, when to tell the truth, she knows how to get a vote, she’s looming over the whole thing’. Yes, she. Years and Years features a female firebrand named Vivienne Rook, described with distaste by i-news as ‘a Katie Hopkins-esque character . . . [who] launches a political party with the hope of becoming prime minister of the UK’.

Who knows, perhaps some female such as blunt Brexiteer Julia Hartley-Brewer will watch this story of an ‘outspoken celebrity turned populist politician’  and think: ‘You know what . . .’

Populist Vivienne Rook is played by her antithesis, the lofty luvvie Emma Thompson – casting which for Russell T Davies is a ‘dream come true’. Each to their own; but for those of a more conservative persuasion, bedtime thoughts involving Emma Thompson are likely to result in a restless night.

In Years and Years it will be interesting to discover how Russell T Davies counterbalances the rabble-rousing populism of Vivienne Rook. For an opposing character, perhaps Davies could include a bien pensant actress who ‘feels European’ and tells the Guardian: ‘We should be taking down borders, not putting them up.’

Being in the vanguard of virtuousness, this polar opposite character – let’s call her Gemma Thomasson – will be a modish mouthpiece for Leftist causes. To portray commitment to radical environmentalism, Russell could script her jetting back from Hollywood specifically to participate in London’s #ExtinctionRebellion. At the protest, she will pronounce to camera that preventing proles from getting to work is an inconvenience for their own good.

The metropolitan moralist might also be filmed telling BBC’s Emily Maitlis that the UK’s policy towards refugees who have crossed the Mediterranean is ‘really shaming . . . a lot to do with racism . . . if refugees were white we would feel differently . . . there’s three thousand of them in Calais, that’s nothing, we’ve got plenty of room for them’. For Ms Thomasson, ‘plenty of room’ for all-comers applies to places such as Exeter, where she lectures locals that their city is ‘very white and middle-class and needs to be cracked open a bit’.

Unlike her own multicultural melting-pot of, er, West Hampstead. Yes, fictional Gemma Thomasson is smug, self-serving and sanctimonious; but if for Years and Years Russell T Davies requires a counterpoint to provincial populism, this alternative character is his to cast.

A hypothetical hypocrite from Hampstead: Russell T Davies already knows one actress for whom the part is tailor-made.

British actress, Emma Thompson, has called on the public to 'come and join' the #ExtinctionRebellion protest in London.

Find the latest updates on the protest here: https://t.co/O5pV2tPtr9 pic.twitter.com/VcfZYGEcqb