A bishop in high heels does women no favours 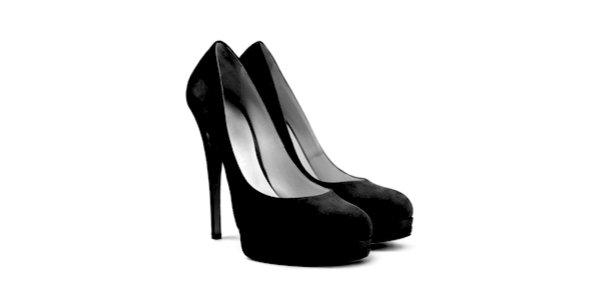 A FEW days ago, I happened to hear the following dialogue from the new Channel 5 programme Britain’s Great Cathedrals.

Vivienne Faull: Yes, and it was a glorious moment. We were all so excited. And, you know, the thing that amazed me most is that, I’d prepared for this moment for a very long time, and then it was to see Libby with stiletto heels walking up, and I would never dare, because I’ve been bred in a generation where women didn’t wear stiletto heels in church. And also I didn’t dare on this floor because the floor . . . is not even. And I thought it was the sheer courage to do that . . .

I suppose the implication here is that, if Libby Lane had notworn high heels, she would have been somehow inauthentic as a woman, and hence that a woman is free to be a woman only if she is free to wear whatever impractical, appearance-focused footwear she likes. But isn’t this logic embarrassing and degrading for women? And anyway, why is it that women bishops, who are supposed to be champions of equality, so often seem to reduce femininity to a caricature, and thus undermine that mutual respect between the sexes upon which any true fairness, any true social justice must be based?

As a Catholic, I am conscious that the Anglican concept of episcopacy resembles the Catholic one from which it stems; and that both the Catholic and the traditional Anglican would say that bishops are supposed to be father figures to their flocks, not mother figures. (True, this ideal perhaps works best when bishops don’t have families of their own – but I’ll pass over this papist quibble). So I suspect that the problem with female bishops’ embarrassing example of womanhood is something to do with the fact that they are dabbling in a role that just isn’t theirs. The most impressive women have the insight to avoid doing so; hence the somewhat-less-than-first-class women that do go in for bishop-ing don’t offer the best example of their sex.

I should be clear about what I’m saying here. Women can make competent, sincere and diligent Anglican bishops. Traditionalists like me never said they wouldn’t: we did not, as progressives claimed, base our beliefs upon some patronising delusion that female bishops would break down in tears under the strain of work, or anything else like that. We simply insisted that, with the best will in the world, fathers are not the same as mothers.

And this shows. Think about it: ask yourself who springs to mind when you think of really impressive female witnesses of Christ. I’ll bet that your mind naturally turns to women who have lived a Christian life in a distinctively feminine way: to natural mothers, to nuns (spiritual mothers), and to other maternal figures. One will perhaps think of Mother Teresa, or the mystic and Doctor of the Church St Catherine of Siena (who effectively told Pope Gregory XI to man up and return to Rome from Avignon—which he did). England herself has produced many great abbesses, such as Saints Frideswide and Ethelburga, and the early Church had many gentle women martyrs, such as Saints Felicity and Perpetua. The courage of these women consisted not in their wearing high heels in church, but in the fact that ‘leaving all things they followed Christ’ (cf Luke 18:28). Such women were ‘free to be who they were’ not because they had a free choice of footwear (nuns and martyrs usually don’t) but because they responded to God’s call to them in all humility. Their example and intercession works in our hearts, calling us as a society to live together, men and women, in mutual respect. (And by the way, abbesses have many bishop-like accoutrements, including the title ‘my Lady’, and the monastic kind of crozier; the Church has always shown them great respect).

In contrast, female bishops implicitly demand respect for their formal power, and may even help indoctrinate us into the belief that men and women are interchangeable, but they don’t foster in us any loving reverence; they don’t by their witness sow the seeds of a free society in the minds of the each new generation. If anything, they undermine distinctively female Christianity: for does a member of a church with female bishops really value the devoted mother of a large family that he sees in the pews? Or does he in fact tend subconsciously to regard her as a lower-class ‘breeder’, someone who wasn’t clever and successful and ambitious enough to be a female bishop? (And what about nuns? Does he see them as women too timid to lead services?).

Of course, if women want to do jobs at which they can excel – and they can excel at most secular jobs – they should do so, by all means. Most such roles can be performed by women as women. But if women insist on performing spiritual roles that are specifically paternal, then they abandon the typically feminine virtues, leaving them open to neglect and contempt. They then seem to become parodies of womanhood, inappropriately focused on shoes and the like. After all, people can abandon their typical virtues much more easily than their (stereo)typical vices.

And so, whereas liberals claim that the institution of women bishops offers a prophetic, progressive, world-changing witness, it actually offers a pitifully craven one. For the logic of it is that, if the Church wants to make women respected, it must give them high, formal power. How does this challenge the secular world’s outlook, which values power above all? Answer: it doesn’t. It offers no challenge at all to brutal, materialistic, might-is-right values. The Faith ought to teach us to value and respect sacrifice, nurturing and kindness at least as much as we respect power and authority; but female bishops in effect say to the world ‘Actually, you were right all along. Power is what merits respect: and that’s why we’re going to seize it. God made us equal: so, world, let us make sure we’re equal in your view.’

Indeed, one can see this logic in what female clerics openly declare. Consider the following quotation in the Times at the end of last year  from the Rev’d Dr Emma Percy, chaplain of Trinity College, Oxford, and president of the prominent liberal female priests’ organisation Women and the Church: ‘The Church of England needs to show that it is a church for all, where women are good enough for leadership and, consequently, seen as good enough for God.’

In my view, this statement confuses fact and value, truth and ideology; it rests on woolly rhetorical notions (what does it mean to be ‘good enough for God’?); and it implies that God values only those who lead. Besides, as I have said, I doubt that a Church of female bishops will really be a ‘church for all’, because I doubt that such a church will ever cherish full-time mothers as much as, say, my own Church does. If we want to live in a world with good and happy relations between the sexes, we will, I’m afraid, need a quite different theology from this.

Peter Day-Milne
Peter Day-Milne studied Classics, Philosophy and Intellectual History at some ancient universities; he is now writing articles and essays as he discerns his future.