NewsPaperthe art of publishing
HomeCulture WarsA bonfire of the civilities
54

A bonfire of the civilities 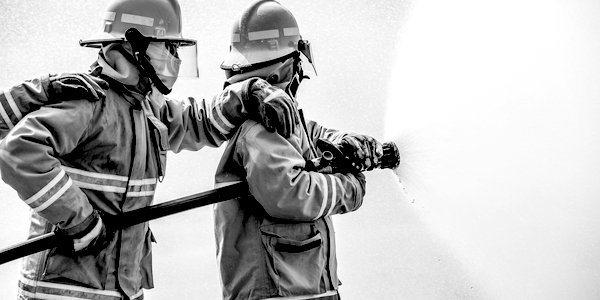 MARGARET Ashworth’s recent sad story in TCW Defending Freedom of the indifference and ingratitude which greeted her when she turned up at a charity shop to gift them the stock by which they make their money, reminded me to finally get off my backside and actually take some items which I had ‘put aside’ for the purpose some weeks previously.

I’m glad to report that the staff at the large Exeter depot of the British Heart Foundation were extremely welcoming and courteously grateful for the donation, despite the items not amounting to very much.

But the dismissive attitude which Margaret encountered is increasingly common these days. So much so that, there must be an explanation for this unwelcome trend in offhand, uncivil behaviour.

It seems most prevalent in areas which are one branch or another of the now vast range of public services which are either directly government-funded or at the very least subsidised. This latter category is something which increasingly includes those organisations which describe themselves as charities, but which are in reality little more than arms-length government departments.

When it comes to contempt for the public, the gold standard has long been set by the police. It seems that they simply can’t bring themselves to address the public without making it plain that they are the ones with power.

There’s no sense that they serve the public, quite the opposite. Having been pioneered by the police, this attitude – which belongs more to an occupying army than it does to a civil organisation employed by the public to keep everyone safe – has more recently migrated across the emergency services to the fire brigade.

A few years ago, towards the end of a long dry spell, I was summoned to the front door one Saturday afternoon by two young lads who shouted: ‘Come quick, the bank’s on fire!’

The bank they referred to is a large, steep, grass embankment which runs up behind the backs of the houses which form the small development where I live.

I asked if they’d phoned the fire brigade and yes, they had, (children all seem to have mobile phones these days) but they were worried that the fire would burn down the houses if I didn’t do something NOW.

I grabbed a very large shovel, which I keep for clearing snow,  and set off. The fire was making a great deal of white smoke, but the flames were not very high and it was not yet out of control, so a few minutes’ work with the shovel, damping down the flames, reduced it to little more than smouldering black ash.

Then the firemen arrived. Two engines in a great flurry of flashing lights and sirens. They slewed one of the vehicles diagonally across the road, stopping all traffic, whilst the other one swung across the pavement. A great many firemen leapt out and started a well-rehearsed routine, assembling their various pieces of equipment.

It was an impressive piece of testosterone choreography, which reminded me somewhat of the gun carriage race which was always the climactic event of the annual Royal Tournament. All this despite the fact that it was obvious from a cursory glance that the fire was, by now essentially out.

I was still up on the steep embankment, shovel in hand, when a burly fireman ran towards me, brandishing his hose and he literally struck me to the ground, pushing me out of the way with the heavy nozzle.

It was quite deliberate and he didn’t even pretend to apologise, instead shouting at me: ‘It’s dangerous for you to be up here!’ He then proceeded to drench the entire embankment with water, while his colleagues set up ‘Do Not Cross’ tapes around the area and filled their time sternly ordering onlookers to stay well behind them. I was shocked by this incivility.

What I had done with the fire had been neither difficult nor dangerous, so I wasn’t expecting a medal. But I had imagined they might say something along the lines of ‘thank you, it’s a good job you caught it in time’.

But I was left with the distinct impression that they resented me for interfering in things that didn’t concern me. Putting out fires is their business and it seems that they get very possessive if a mere untrained member of the public has the temerity to trespass on their territory.

So why is this? Ever since 9/11, firemen have done their darndest to get themselves added to that list of beatified public workers who must be not only respected and admired, but deferred to in all matters in which they have an interest.

What I did had obviously crossed the line which declares that, as the official fire and rescue service, they ‘own’ incidents such as fires and car crashes. The ‘Do Not Cross’ tapes, which masquerade as a safety precaution are in reality territorial boundary markers, designating unambiguously to the public that for as long as the incident lasts (something which they decide), that ground belongs to the firefighters and them alone. They have exclusive dominion over it.

In a similar way, the police seem ever more eager to throw up the ‘Road Closed’ signs at the least excuse. Again, it’s a demonstration that they have the power to assert their ownership of territory, whenever they choose to.

I think there is a common thread between this particular example of positively aggressive ingratitude and the incivility which Margaret Ashworth experienced at the hands of charity workers.

They feel themselves fundamentally virtuous and therefore beyond criticism by lesser mortals. These are the inevitable symptoms of a society which is increasingly obsessed with identity as its principal basis for making value judgements.

These days in any dispute, the identities of the two antagonists play a bigger role than ‘the facts of the case’ when people make judgments. Not what was said or what was done – these days it’s regarded as vital to know who said it and to whom.

This is how we have arrived at a society where the Labour deputy leader can call all Tories ‘scum’ with complete impunity, whilst the mildest of criticisms of a Labour woman MP by a Tory will result in mass hysteria in the media, accusations of misogyny and, if at all possible, racism, all accompanied by demands for his resignation.

We have all seen how there are those groups who must be protected from all criticism and comment, whilst it is accepted that on others it is always open season.

Because of this, there is enormous pressure to try to identify oneself as a member of a morally superior group, whether that be demonstrated by how you earn your living or merely by virtue of your claimed beliefs. Once you have achieved that status, you are free to be as rude as you care to be.

Charity workers can feel psychologically safely tucked up in this warm and fuzzy world, as can ‘essential workers’. This immunity from either criticism or even self-reflection gives them carte blanche to look down on those outside the magic circle, should they feel like it.

These people are self-beatified by their own sense of self-righteousness, which means they no longer need to feel bound by the conventions of everyday civility by which the rest of us ordinary mortals are content to abide.