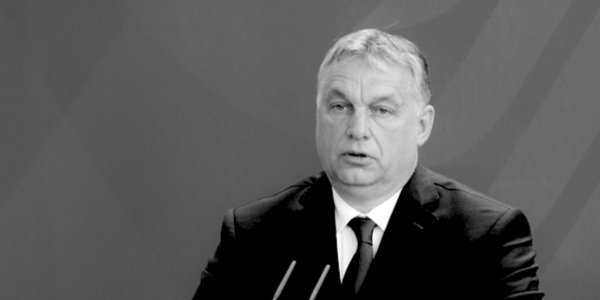 IT IS easy to see why Viktor Orbán arouses the ire of Europe’s political and media establishment. In a recent speech the Prime Minister of Hungary outlined the basic principles which shape his politics. Every one of them is anathema to progressives.

‘I have formulated five tenets for the project of building up Central Europe,’ he said.

‘The first is that every European country has the right to defend its Christian culture, and the right to reject the ideology of multiculturalism.

‘The third Central European tenet is that every Central European country has the right to defend the nationally strategic economic sectors and markets which are of crucial importance to it.

‘And the fifth tenet is that every European country has the right to insist on the principle of one nation, one vote, on the most important issues, and that this right must not be deniedfive tenets for the project of building up Central Europe,’ he said. in the European Union.’

Happily describing himself as an ‘illiberal democrat’, Orbán frames the choice facing Hungary and Europe as between the ‘new internationalism’ of pro-migration Brussels bureaucrats under the sway of ‘money men’ such as ultra-liberal US billionaire George Soros and sovereign nation states defending tradition and Christianity. He believes that there is life beyond globalism.

At the core of his political outlook is the understanding of the importance of the nation as a spiritual/cultural entity. Orbán realises that nations are more than stumbling blocks to be eradicated on the way to continent-wide economic and political units controlled by globalising elites who seek to make the world a better place for corporate giants.

Nations have distinctive cultures formed by their prevailing religion, their creative arts and their attitude to enterprise in all its forms, from science and the exploration of the earth to the creation of businesses.

Christianity is placed at the heart of Orbán’s view not only of Hungary but of what makes a European country. Orbán argues that freedom, in fact, has its origins in Christianity, as all peoples and all nations are equal before God. Therefore, he warns, it’s time that Europe understood that without Christianity and Christian culture there is no freedom in Europe. ‘Without the protection of our Christian culture we will lose Europe, and Europe will no longer belong to the Europeans,’ he said.

Looking at Europe today, Orbán sees clearly that the great danger confronting us is that the continent has rejected its Christian foundations and is enduring the consequences. Once a culture is shaken loose from its foundations it disintegrates and becomes a playground for those who wish to pursue their sectional interest for limited gain. The continued failure of multiculturalism to produce harmonious societies in the West bears out the validity of Orbán’s warnings.

‘We won’t compromise on the issue of the protection of Christian culture and migration. Everything else is open for discussion,’ Orbán said in a regular Friday morning interview on Kossuth Radio.

Novák was uncompromisingly clear regarding the foundational nature of the crisis Europe faces. ‘We think that the problems of Europe can be traced back to the denial of Christian roots. We see the misinterpretation of tolerance many times. Being tolerant should not mean that one gives up his or her identity.’

In his pro-Christian political stance Orbán has the support of some of Hungary’s religious leaders. ‘Europe can ignore or deny or struggle against its own identity and its Christian roots. But by doing so the society commits suicide,’ said László Kiss-Rigó, the bishop of Szeged. ‘And the more migrants that come, the more Christian values will be watered down.’

Unlike many of the Western elites, Orbán is not embarrassed to support Christians worldwide, especially persecuted Christians. Under his leadership Hungary’s foreign policy has also been taking an increasingly pro-Christian stance. A ‘Hungary Helps’ programme has been set up to provide aid to persecuted Christians in Africa and the Middle East.

The basis of the Hungarian government’s humanitarian policy is that assistance should be taken to trouble spots instead of importing the challenges to Europe. The Hungary Helps programme delivers help directly to communities affected by conflict. It’s focused on sub-Saharan Africa, and it strives to enable locals through direct aid to stay in their homeland and develop it instead of migrating to Europe.

Tristan Azbej, Hungary’s State Secretary for the Aid of Persecuted Christians, says, ‘Our approach is simple: to provide an alternative to the exploitation of human traffickers and manipulation of pro-migration NGOs, we are doing everything in our capacity to enable those in need to stay in their homelands.’

Whilst it is easy to question the ‘Christian’ nature and effect of some of the policies enacted by the Orbán government, it is clear that he realises the importance of cultural homogeneity for any stable society.