A brief history of gin – chin-chin! 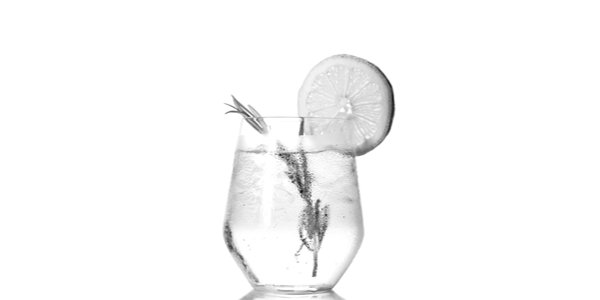 ’TIS the season to eat, drink and be merry, and for many of us gin is an essential part of the celebrations. Gin drinkers are ubiquitous and they are spoilt for choice. Gone are the days of a G and T with a slice of lemon and in its stead is an eclectic array of flavourings including strawberry, watermelon, kiwi, cactus and blood orange. For the quirkier there is even Anty Gin made, I kid you not, with ‘the essence of 62 wood ants’.

Yes, it is gin’s time to shine and it has come a long way from its perception as the favoured spirit of the deviant and morally questionable individual. Intemperate gin consumption caused middle-class alarm in 18th-century Britain. The painter William Hogarth depicted the much-feared effects of Mother’s Ruin in his series of Gin Lane paintings. He documented the slippery slope that awaited gin lovers and the dystopian scenes terrified the country’s elites: feckless mothers, idle men, abandoned children, indolence, disease and a violent, unruly mob.

Previously, distilled spirits had been a fashionable luxury available only to society’s richest. The arrival of cheap gin gave the poor access to a product previously denied them. Middle-class panic resulted in a raft of legislation: between 1729 and 1751 eight Acts of Parliament were passed regulating the sale of gin. The Gin Acts were the first time the government had legislated to interfere with the predilections of the population. The 1736 Act was a de facto prohibition through the introduction of excessive licence fees for gin sellers. Although these legislative measures failed to curb the gin craze they show the extent of political concern it aroused.

Perceived as the harbinger of societal ills, gin became the focus of a campaign against a novel, and ruinous, drinking culture. Yet on closer examination gin was clearly a scapegoat for a multitude of social problems and was a concomitant rather than a cause of these ills. Ascribing all economic and social problems to its deleterious effect was socially and politically expedient, preventing the need for serious attempts at social reform. Gin’s potency was exacerbated by pre-existing factors, namely the dire living conditions and weak constitutions of those who drank it. Impoverished and miserable, living in overcrowded and insanitary homes, it is little wonder many sought solace in a glass of gin.

The association of women with the tipple was reflected in its sobriquets – Mother’s Ruin, Ladies’ Delight, Madame Geneva. Female gin drinkers were a particular worry, with concerns over the morally corruptive power of the drink on the fairer sex and the destruction of the maternal instinct. Reports on child neglect and even infanticide by drunken mothers added to gin’s reputation as a deviant and ruinous product. Some historians, however, have argued that concern for the fate of poor children was less an example of altruism than fear that the nation’s future military and workforce were threatened by the weakened offspring of gin-soaked mothers.

Gin-fuelled lawlessness was another concern of London’s more refined inhabitants. Anti-gin reformers campaigned from the early 1720s to end the craze, linking the rapid proliferation of gin shops in the most impoverished areas of London to violent crime. Yet a simpler explanation lay in the capital’s exponential growth from the 17th century onward and the increased deprivation that resulted.

Gin has come a long way from its 18th-century dissolute image. Unfairly branded a gateway to a debauched and deviant lifestyle it has reinvented itself as a sophisticated (and very profitable) tipple. Raise a glass of Mother’s Ruin to welcome 2022.