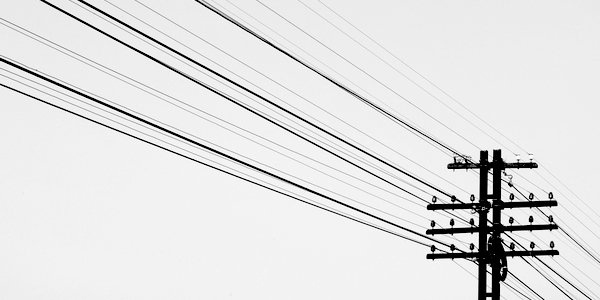 Lest anyone imagines that pusillanimous political correctness is less prevalent in the southern hemisphere, it has been reported that the New Zealand Transport Authority is to alter warning signage because of an aggrieved seven-year-old girl, Zoe Carew.

Zoe’s proud mother Caitlin – whom some uncharitable types will no doubt accuse of manipulating events – has posted on social media her darling daughter’s letter of complaint to NZTA’s chief executive: ‘My dad was driving my brother and I to our grandparents . . . we saw some people working on the lines beside the road . . . they had a warning sign that said “LINEMEN” . . . we talked about this sign and I wondered why it said “MEN” when women can be line-workers too.’ It was a written objection that for a seven-year-old seems suspiciously erudite, though young Zoe might wish to scold her parents for allowing the grammatical howler in the opening sentence.

So proud of my 7yo. She recently wrote to the NZTA CE asking that they replace the 'Lineman' sign with something more "correct and fair" bc "women can be line-workers too". The CE agreed and now NZTA is developing a new Line Crew sign. High 5s all round! ? pic.twitter.com/lam5tciZ2u

Of course a woman can be capable of attending to power lines, although from Zoe’s missive it seems safe to infer that the ‘people’ she observed working at the roadside were exclusively anatomical males. Nor has it been revealed whether NZTA currently employs any woman in this capacity – if it does, the organisation would surely be proclaiming the fact. Nevertheless, the precocious Zoe protested: ‘Why does the sign say “LINEMEN” when people working on the line may be men or women? I think this sign is wrong and unfair . . . can you please change the sign to say “LINE-WORKERS” instead, or something else correct and fair like that.’

Commending Zoe for ‘taking action where you think something unfair should be fixed’, chief executive Fergus Gammie has assured his junior critic that in future, whenever one of these patriarchal placards is due for replacement, the current sexist signposting will be altered to ‘LINE CREW’. One also presumes that the ‘crew’ must forthwith be referred to as a number of persons, rather than described as, say, four-man or even three-strong, the latter liable to be interpreted as discriminatory towards male physicality.

Gammie also told Zoe: ‘I would like to have a photograph taken with you and the new sign’ – a suitable reward for the young lady, although a sexist might mischievously suggest that the girl’s photo-op will be a rare instance of there being a female in close proximity to the warning sign.

Certainly, although young Zoe believes ‘some girls might want to learn to be linewomen’, when she comes of age Miss Carew does not expect to be installing or repairing power lines: ‘I don’t really want to be a line-worker when I grow up because there are so many more exciting things I would like to do.’ No doubt Zoe sees many thrilling opportunities ahead, especially now that she is enjoying the sensation of taking the feminist offensive and has joyously discovered the excessive influence which it can wield.

So as a precaution, before Zoe hears for the first time Jimmy Webb’s finest composition and demands that the lyric be changed to ‘I am a line-crew-member-of-indeterminate-gender for the county’, let us enjoy, while we still can, the uncensored version of Glen Campbell’s magnificent ‘Wichita Lineman’.

Share
Facebook
Twitter
WhatsApp
Email
Previous articleJoin the Black Studies course, and learn why studying is bad for black people
Next articleRape a girl and win a visa, courtesy of our disgraceful Home Office