A Christmas read: Peake of perfection

ALTHOUGH not normally an admirer of fantasy fiction, I make an exception for Mervyn Peake’s remarkable novels Titus Groan and Gormenghast. They contain some of the most vivid description and brilliantly drawn characters ever put on paper, acting out a drama comic and horrific in equal measure.

Gormenghast is a vast castle surrounded by wilderness, ruled by the Earl of Groan under the adamantine instructions of the hereditary Master of Ritual. Every action by Lord Groan and his family is governed by the rules, most of them bizarre and ridiculous, set down in the castle archives. Ritual is the only religion.

Lord Sepulchrave, a lonely and melancholic figure, is married to Gertrude, a red-haired colossus accompanied everywhere by flocks of wild birds and a vast crowd of pure white cats. The couple have a teenage daughter, the wild and impulsive Fuchsia, and the first book begins with the arrival of their son Titus, destined to be the 77th Earl. By its end, several hundred pages later, Titus is still only a year old.

Titus Groan details the rise to power of Steerpike, a lowly kitchen boy who will stop at nothing including murder to achieve his ambitions. His enemies include his first employer Swelter, the monstrous, disgusting head cook, and Sepulchrave’s faithful servant Flay, who harbour a mutual bitter hatred which will end in a fight to the death. Flay’s knees are in such a state after sleeping for decades on the stone floor outside his master’s door that they issue a pistol-like crack with every step he takes, making stealth problematic.

Among those who succumb to Steerpike’s machinations are the 76th Earl’s twin sisters Cora and Clarice, a pathetic, easily manipulated yet richly funny double act who share the same thoughts and eventually die simultaneously of starvation.

I’ll reveal no more of the plot, brilliant as it is, because I have no wish to spoil it for those of you have yet to read the two books (there is a third, Titus Alone, but it was written when the author’s powers were failing and pales by comparison). Peake’s genius is that he combines a wonderful and arcane vocabulary with the eye of a fine artist – he was a painter and illustrator of renown. And although these are works of imagination, they are realised so beautifully because they are based on life. Peake was born a missionary’s son in China in 1911, and Gormenghast Castle was inspired by the walled cities of his youth. When the family returned to England he attended Eltham College in South London, whose teachers must have provided the models for the academic misfits who provide much of the books’ rich comedy. And having established himself as an artist he witnessed evil in its most atrocious form when sent by Picture Post in 1945 to record the suffering of dying prisoners in the Nazis’ Belsen concentration camp. What he saw there blighted the rest of his short life. He died in 1968 aged only 57.

In 2000 the BBC produced a three-part mini-series based on the first two books of the trilogy. They had to condense more than a thousand pages of small print into three hours of TV, yet still contrived to introduce new elements such as a teacher with Tourette’s syndrome. Some of the casting was good, including Richard Griffiths as Swelter and Ian Richardson as Sepulchrave; much more was terrible, such as Christopher Lee portraying Flay as some sort of halfwit and Stephen Fry as the headmaster Bellgrove, who in the book is pushing seventy. It was by necessity a tabloid effort, losing all the effect of Peake’s extraordinary prose.

A brief anecdote: Peake was commissioned in the 1940s to design a logo for the nascent paperback publisher Pan Books, and offered a choice between a flat fee of £10 or a commission of a farthing on every book sold. He accepted the advice of his friend Graham Greene, who told him paperbacks would never last; take the tenner. Heaven knows how many millions of farthings that cost him. 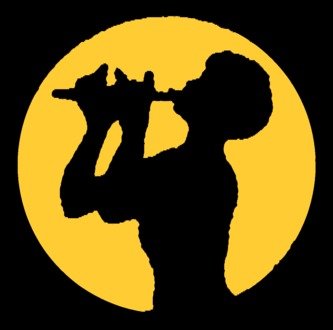 I usually find myself despising stuff I read as a youngster (anyone for Kerouac?) but since discovering Titus and Gormenghast in my teens I have read each at least half a dozen times and always found myself irresistibly drawn into Peake’s weird world. I treasure them.