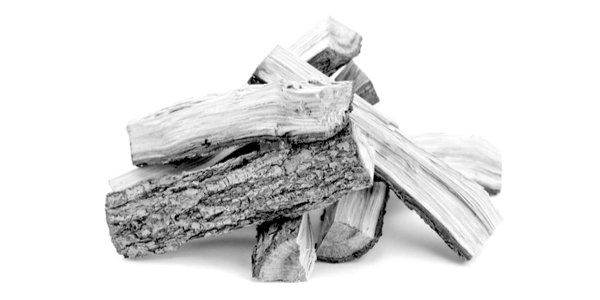 THE headlines are being dominated by news that the government is intending to outlaw in England the sale of unprocessed coal, and also wood that has not been industrially dried to reduce moisture content to less than 20 per cent.

While it is possible to air-dry wood to these levels in the summer, when average humidity tends to be lower, this will be difficult to sustain in winter, when the fuel is actually needed. In practice, no legitimate vendor would take the risk of relying on the air-drying of wood. In essence, therefore, government is insisting on the use of manufactured fuels, fossil fuels treated and reconstituted as briquettes, and also on industrially dried wood. Such fuels are of course much more expensive than their unprocessed feedstocks, and while locally clean may have higher total greenhouse gas emissions due to the processing involved. The kiln-drying of wood uses a considerable amount of energy.

For most households affected it will be the cost that concerns them most. Manufactured solid fuels are upwards of 20 per cent more expensive than coal, a significant problem for anyone still using coal and now faced with the prospect of switching to briquettes. This increase might even be nationally significant. Those households still burning coal in the Britain consumed about 555,000 tonnes in 2018, down from about 20million tonnes in 1970 (see Table 2.12 in DUKES 2019). This compares with current domestic consumption of manufactured fuels of about 240,000 tonnes a year (See Table 2.5). Thus, if all coal-using households switch to manufactured fuels this will effectively treble their market, and considerably increase national expenditure on manufactured fuels.

The situation for wood-burning households is perhaps still trickier. Many rural houseowners off the natural gas grid burn so-called ‘wet wood’, in other words timber felled locally and air-dried in sheds, in order to economise on oil or Liquid Petroleum Gas (LPG). For much of the time the central heating, if any, will be turned off or the thermostat set very low, while a log fire or woodburner will keep at least one living room warm.

Kiln-dried wood is approximately £150 per cubic metre, which is roughly double the cost of comparable air-dried wood. Indeed, this cost is a byword for extravagance. Given the expense, it is unlikely that many householders will make the transition to kiln-dried wood, except for aesthetic considerations on an occasional basis. For everyday purposes, wood-burning households will now be compelled to consider using more oil or LPG, turning to the manufactured solid fossil fuels that are still for the time being permitted, or resorting to electricity.

But thanks to the government’s renewables policies, electricity is strikingly expensive, being somewhere between 30 and 40 per cent dearer than it would be in the absence of such policies (see the UK government’s last published estimates). This price premium is bad enough for households which don’t use electric heating, putting about £125 a year on the bill, but electrically heated households, of which there are about 2million, typically consume two to three times as much electricity as other households and are obviously much more severely affected.

Consequently, and because of climate change policies, electrical heating is not an attractive option. It seems likely, therefore, that rural households which have hitherto used air-dried wood to economise on oil and LPG will either give up and burn more fossil fuels, or go without heat, or resort to the inevitable black market for air-dried wood. None of these outcomes is obviously desirable.

In fairness to Mr Johnson’s government, it must be noted that this heavy-handed policy was being cooked up within the notoriously insouciant Department of Environment (DEFRA) long before he became Prime Minister. Indeed, the consultation was open from August to October 2018. This is one of Mrs May’s legacy policies. But the inevitable question is why has this new government persisted with something that is not of its making, is only speciously beneficial, was certain to generate a great deal of bad press, and will almost certainly be counterproductive?

The answer, not a reassuring one, is that Mr Johnson’s administration has yet to grapple fully with the threats posed by the maladaptive energy policy more and more deeply entrenched by every administration from Blair to May.

Proof of this depressing conclusion can be found in the plausible rumours that the new Chancellor, Mr Rishi Sunak, is considering increasing Transport Fuel Duty for the first time in a decade.

Transport Fuel Duty increases the cost of gasoline and diesel to consumers by some £28billion a year, and is already one of the largest fiscal brakes on economic activity in the UK. If anything, tax on petrol and diesel should be reduced, not increased, since the cost of transport fuel is, in a sense very close to being literal, the throttle of economic activity, and though it has some competition, high fuel duty is probably one of the single most significant factors in sluggish British economic performance over the long term.

Transportation costs are a significant fraction of practically every imaginable good and service. If a Chancellor increases fuel duty, economic activity will be correspondingly inhibited. Even a small cut in fuel duty, on the other hand, causes costs to fall throughout the economy with the result that people are able to do more for each other and for themselves, while a major reduction in fuel duty would give the UK a large advantage as compared with countries unwise enough to use this as a cash cow.

However, this government badly needs revenue, and it may feel that it can safely increase fuel duty without provoking gilets jaunes riots. That might be correct. On the whole, societies will tolerate impositions if they are evenly spread across the population, which fuel duty largely is (rural populations aside). Being competitive organisms, we care much less about absolute than relative wellbeing. If the tax applies to everyone it will be accepted as ‘fair’. Thus, a Transport Fuel Duty increase will probably have broad domestic political viability, and any resistance can be policed. It is, after all, being policed in France.

But that doesn’t mean it is a sensible fiscal move. Given the external pressures on the United Kingdom as it secedes from the EU, it would be a serious blunder to increase fuel duty and inhibit deep, distributed and sustainable growth, ‘levelling up’, as the Prime Minister has called it, at a time when the country is facing grave external threats and so needs economic and societal vigour, as well as cohesion, more than ever. A brave Chancellor would cut transport fuel duty and look to raise revenue from future economic growth.