A common man’s fanfare for Brexit

BRITAIN is becoming more divided, and one of the reasons is Brexit, or as many would call it Brexshit and other less friendly terms. Let me be clear: as a 52-year-old white, bald, married, slightly pudgy man I know a lot about name-calling and as a young man I did a little of it myself. The point is that people like to feel superior and will resort to all manner of intellectual contortions to achieve that, rather than face the plain truth that can be seen clearly by others, in no small part due to the ‘my truth trumps your facts’ brave new world we inhabit.

Brexit was not, is not, a short-term project. If you can – unlike me, the common man – go and talk to some senior politicians from all sides, and the honest ones will admit that Brexit may have been inevitable from as far back as the early 90s and possibly earlier. Many reasons have been debated by learned people from academia, politics and journalism, as well as in many a pub. As a Leave voter, I would like to put a few points across. You can judge me or disagree, I don’t mind either way.

Brexit was the one subject on which I finally decided I had to try to have a voice and start putting my thoughts and ideas out into the world. To this end I met a Brexit Party campaigner who turned out to be the local candidate for the general election. I put across the reason I changed from being a Remainer who wanted proper reform of the EU to a somewhat reluctant Leaver. Now I am an ardent Leaver. I agree the Rejoin campaign should exist in the interests of real democracy. I also believe it will stand or fall ultimately on the EU ability to realise its mistakes and truly reform itself from within.

Now to my arguments for Leave. Many Remain campaigners and social media users have accused Brexiters of being unthinking Nazi racist scum etc, and Brexiters have called Remainers some less than polite names. But weirdly once I mention my reasoning, they either stop engaging or in a few more rewarding conversations they admit how well thought out it is.

So, to state the exact synopsis: ‘How can 28 countries, all different socially, economically, historically and culturally, fit into one rulebook without the strong bullying the weak?’

Now from a common man’s point of view, as someone who is less well travelled than many, holds no history qualifications, just life experience and having picked up a few things in books or from TV, please try to pick apart this reason. I am of the opinion that for example a Greek youth grows up in a different social way, with different attitudes, from a German, Polish youth or British youth. Economically the difference in development of youth into adulthood will have differing economic implications on what is important to spend money on. Yes, some similarities exist, such as smartphones and fashion, but after that a gulf in what is important for our futures comes into the equation. Historically countries have developed differently. Not all countries in the EU have had empires. Some have had villainous pasts. One or two have set the bar for how the world aims to govern itself and how civilised society is expected to behave even if they never achieve perfect results.

All these are intentionally simple ‘common man’ points. Anyone could have formed them and put them forward. So far as I am aware no one has. I would go further and challenge people to realise the obvious – that human nature, plain and simple, is why the EU was and is doomed to fail.

Human nature often gets in the way of what on the surface could be described as good ideas. Communism in a simple way can be explained as everyone gets to be treated the same in a community. As soon as human nature is involved it falls apart – the need to be superior or to benefit becomes all-consuming for some types. Capitalism, most people would agree, is a good system. Sadly, if we truly apply some of the lessons that great thinkers advised on how we should treat our fellow man, why are food banks, loneliness, suicide and many other ills on the increase in capitalist countries?

I believe bullying it is the most important part of my reasoning about human nature. Mental, physical or communal bullying is so pernicious that many including politicians seem to ignore it. This is in part due to political cowardice but also to attempts to make as few real changes as possible which can be noticed by the common man and so lead to change in government or leader. Fear is at the heart of human nature and is a strong driver. It drives division on something as simple as a debate about our future in the same way as it drives enemies against each other.

Yes, this is a convoluted wordy argument, and I am sure a highly educated debater could put it better and make it a stronger argument, but they did not. It was Project Fear versus the great unwashed illiterate. In truth I heard good arguments on both sides but to continue doing the same thing was always to continue getting the same results . . . further division.

Do not tell me I did not take it seriously or that I did not think it through. I did my best and I respect and hope you did. I am learning to accept our differences and debate the points. Do not tell me it will all go wrong as it will take time to become successful. The EU only failed when it stopped being what it was and became an apparatus designed around human frailties to keep a few frail people in power over the people who trusted them to know what was best. 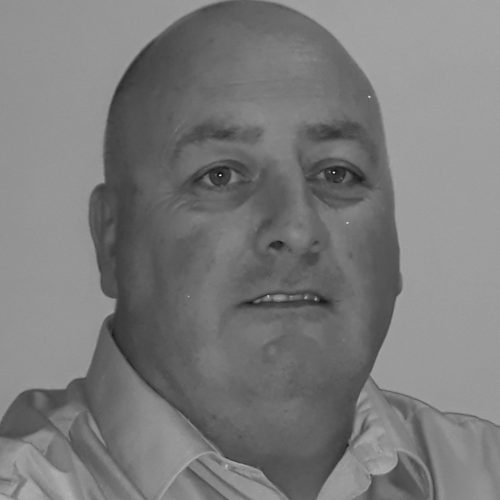