A convicted perjurer has the casting vote. Hurrah for fair play! 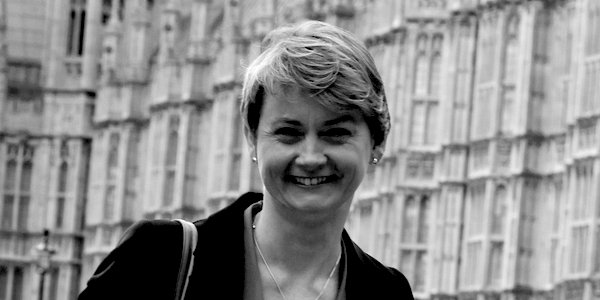 ON Wednesday, Parliament voted to pass a Bill that would force Prime Minister May to seek an extension of Article 50 and take No Deal off the table. The Cooper/Letwin EU (Withdrawal) (No 5) Bill, was passed at 11.30pm by one vote, 313 to 312, and went through after a marathon of debate and voting in one day.

Bills in the House of Commons normally take several weeks, if not months, through a series of three readings plus reporting and committee stages. But this Bill could potentially become law by next week. It is no surprise that Brexiteers were opposed to this expedited process, with MP Peter Bone calling on Speaker Bercow to ‘make this farce stop’ before the final vote. According to Steve Baker, vice-chairman of the European Research Group (ERG), the way the Bill was ‘rammed through’ was a democratic outrage.

But a single vote is just fine when it comes to something they want. And the majority of one was in effect attributable to Fiona Onasanya (formerly Labour, now Independent, Peterborough – Leave vote 60.9 per cent), recently released from prison for perverting the course of justice, on licence and wearing a tag. So a convicted perjurer is able to cast a critical vote in the House of Commons at 11.30pm – whatever happened to curfews?

It is interesting that the Bill was presented to the House by a Labour and a Conservative MP who both represent constituencies which voted Leave. Cooper’s constituency of Normanton, Pontefract and Castleford voted 69.26 per cent to leave. She is unlikely to face any threat of deselection come a general election, however, being a senior Labour figure with support from the Leader, and representing a very strongly Labour electorate. Letwin, on the other hand, represents West Dorset, which voted 51 per cent Leave – a forerunner of his Withdrawal Bill result! – but has openly stated to his stunned constituency party that he didn’t actually believe in those manifesto commitments, and now ‘regrets standing for re-election’.

Other Remainers face even stronger reactions from their constituencies. Dominic Grieve, representing Beaconsfield, ended up with a slight majority for Remain at 51 per cent. He is now facing deselection after losing a no confidence vote by his Conservative Association by 182 votes to 131. How many other sitting MPs, on both sides of the House, will face either deselection or just fail to be re-elected because of their refusal to support the majority will of their people ?

But the Cooper/Letwin Bill surely sets the precedent for engineering a safer seat for those renegades. Why not just ‘ram through’ a new Bill which outlaws any new General Election for the next ten years . . . it would certainly be in the interests of all those sitting members whose constituents feel aggrieved, and self-serving MPs might just vote it through in droves. Then by the time another GE comes round, if ever, any question of Brexit will be ancient history. Sorted! Democracy or what?

Perhaps Ms Cooper should revert to using her married name when standing for re-election, because that’s quite likely what her Brexit majority would be quite justified in saying to her.