A Corbyn disciple’s school for scandal 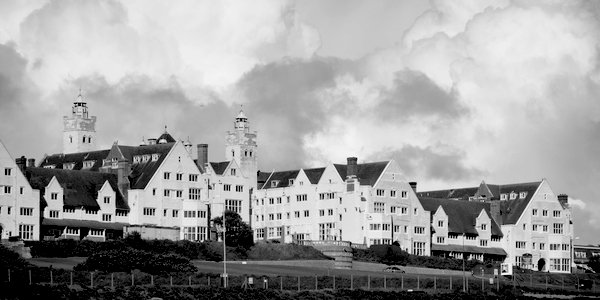 AREN’T Lefties wonderful? Latest egregious example of their ‘Do as I say, not as I do’ philosophy is the Corbynite deputy leader of Brighton and Hove Council, Nick Childs.

While trumpeting his opposition to private education, Jezza’s south-coast mouthpiece sends his own daughter to one of the most expensive independent schools in the country, that bastion of socialism known as Roedean.

Boarders’ parents pay the best part of £40,000 a year to send their gels to the palatial establishment on Brighton’s outskirts, where they can take advantage of its own golf course, swimming pool and private tunnel to the beach. While it is of course cheaper for day girls, annual fees still add up to well north of £20,000.

Quite how Mr Childs reconciles his daughter’s privileged education with his ‘socialist vision’ for education in the city is apparently a subject which is none of your business, thank you very much.

He declared unpompously: ‘My children like all children are entitled to their privacy . . . I will not say anything more on this matter other than to say that these decisions should be made by parents and carers taking into consideration each child’s unique skills, abilities and needs.

‘My own family’s decisions are made on this basis and are not up for public debate.’

Should this raving hypocrite feel any private shame, however, he can console himself that he is far from the first socialist to uphold the honourable tradition of keeping private education alive if only for their own children (all the more necessary since detoxifying Tories started to sacrifice their own offspring to bog-standard comprehensives in the name of the party).

He will no doubt take strength from the fact that he is merely following a path trailblazed by such titans as Harriet Harman, Diane Abbott, Baroness Shami Chakrabarti and many more.

And ramping up the hypocrisy quotient even more, it emerged yesterday that a Labour MP campaigning against private schools was the founder in 2013 of a company providing private tutoring for pupils who wanted to get into private schools.