NewsPaperthe art of publishing
HomeNewsA Dame, a Baroness and a scorn for feminist dogma
0

A Dame, a Baroness and a scorn for feminist dogma 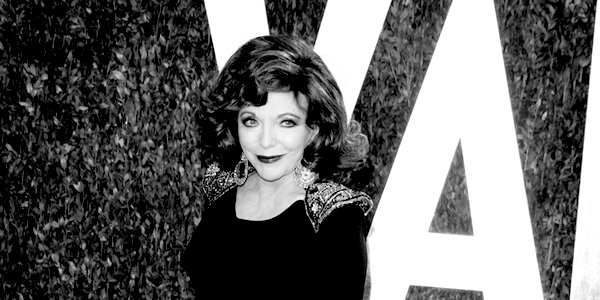 Poor old Jane Garvey. The Radio 4 Woman’s Hour presenter didn’t seem to have realised that with Dame Joan Collins as a guest she was going to have on her hands a woman who was not going to accept a narrative. Not even for this programme was she going to say what she was expected to say. To play ball just because she is a woman. That there is indeed an expected position was (accidentally, one suspects) made clear at the outset. Settling into the studio on Monday, Collins heard that there was to be talk of ‘corsetry’ and chuckled ‘Fabulous!’ into the mic and that she intended to get one. Garvey’s chiding that that was ‘not necessarily the line we’re going to be taking, Joan’ may have been warm and amused, but it did speak volumes. It accurately revealed that this was going to be a tough gig for Garvey.

First up was mention of the importance of family life. Collins (who supports the Silverline loneliness charity founded by Esther Rantzen) spoke of how unhappy isolation is less of a problem for over-75s in countries such as Spain or Italy where ‘grandma is always there’. There was what sounded like a disapproving ‘Hmm’ from Garvey, who moved swiftly on to mention which decade Collins is now in; this drew a friendly rebuke from the more senior lady. The trickiness continued when Collins, aware of her good fortune in having boundless energy and a zest for life, said cheerily that she wouldn’t reveal to Garvey which daily paper she enthused about over her morning coffee ‘because I know you won’t approve’. The beleaguered Garvey protested, ‘No, no, hang on a second. Never assume you know what I think.’ To which the exquisitely silky riposte came from the sharp-as-a-tack Collins, ‘And never assume you know what I think.’

The conversation moved on to smartphones and social media and Collins’s sadness that so many body and image-conscious young nowadays allow themselves to be judged by the number of ‘likes’. You could almost hear the relief of Garvey sensing she was on to safer territory. Especially when Collins said she recalled not wanting to stand out as a teenager, not wanting to grow up and become a woman. ‘Because?’ Garvey invited, full of hope. Finally, Collins was back on message, it seemed, saying how she coped with unsettling bodily changes by wearing cords and loose shirts, going to football matches with her father and brother, ‘because I didn’t feel happy in my body or what I was expected to become’. Garvey, at peak relief, and gearing up, reflected: ‘That’s really interesting.’

It wasn’t to last. After Collins firmly denied the suggestion by Garvey that she had been fed images of stereotypical femininity from Hollywood, she laughed off as complete nonsense the notion that modern women were still having to deal with corsets and suspenders and suchlike. The worst point for Garvey was when Collins flatly denied that she had ever written about Harvey Weinstein and his downfall, cheerfully dismissing it: ‘I didn’t get on that bandwagon.’ Assumptions again. What is it about feminists and their view of strong women?

The flummoxed Garvey must have been longing for a Time’s Up. But she had to listen to Collins saying that a ‘knee in the groin’ was her own effective way of dealing with predatory men in the film industry and that she had taken on the advice of an older actress that ‘you had to look out for yourself’. Garvey gave it one last shot. It was because Collins had no choice, the implication being that she was a victim. The mildly exasperated but firm Collins was having none of it. ‘Because I think that it’s good for women to be tough . . . my mother wasn’t tough, which is why I wanted to be more like my father and my uncles.’ A gloomy and defeated Garvey ventured at the end that they didn’t seem to agree on much, before asking her what paper it was after all that she read. Collins told her and Garvey didn’t approve. Collins had been right about that too.

Another formidable woman was mentioned on the airwaves the same day, cut from the same cloth. Baroness Trumpington, the Conservative peer and Bletchley Park code-breaker who died at 96 on Monday, would have had no truck with keeping on message, not saying what she thought, being intimidated because she was a woman, seeing herself as a victim, not having the sense that women know how to deal with men. The obituaries have done Jean Barker proud and you can take your pick of tributes that include everything from her sense of mischief, fun, irreverence and intolerance of any kind of pomposity to her no-nonsense banter with the fellas. One of the most vivid anecdotes is of the former public school headmaster’s wife leaping into the pool fully clothed and with hair newly coiffed to liven up a boring speech day. One thing’s for sure, though, about this former Land Girl who had to deal with the notorious old groper, one-time PM David Lloyd George. She’d have given two fingers to any notion she couldn’t sort things out for herself as a young woman. As well as an older one. Now there’s a role model for our times.