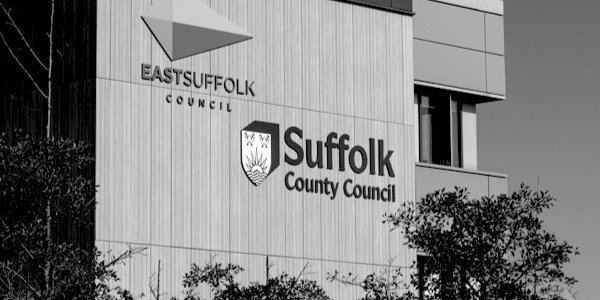 MEET the town hall fat cat. He’s a head honcho, don’t you know. His department doesn’t do very much. But then, just being a department is an achievement: ten years ago two job-sharers covered its brief. Like the rest of the council, it spends vast sums of taxpayers’ money. The public gets scant value for this. But such is today’s profligacy with public finances, the waste goes largely unpublicised. And when it is noticed it must be a conspiracy, since the story usually appears in that ever-useful straw-man, the ‘Tory rag’. Like last week when some of them pointed out that 3,000 council staff rake in more than £100,000 a year.

In truth, fiscal prudence is now unfashionable; the histrionic response to Covid saw to that. A figure equivalent to a third of the NHS budget was lost to fraud, yet central government got away with it. So why should thrift exercise the local authority? Not that it did before.

All of this is to our man’s advantage. Ensconced in his office, the plush redoubt of his personal fiefdom, he reflects on his comfortable lot. There’s ample time for this – he boasts two deputies and three assistants. Lower down, staffing numbers proliferate, so delegation is the watchword. After all, a man of his standing should focus on strategic decisions – like where to park the new electric Jaguar in the staff car-park. There are eight others already there (one owned by a union official).

At school and humdrum university (Government and Politics) he aced very little, but he’s adept at playing the nepotism card. His wife’s consultancy business routinely supplies the council with ‘expert’ advisers, while his brother’s building company has a remarkably successful record in council ‘open competition’ procurement exercises. For that matter, blood ties to the borough treasurer didn’t exactly harm his own job application years ago.

The council plays a key role in the ideological assault on the family. But keeping it in the family is just the ticket for our lavishly rewarded mandarin. And why not? The tone is set at the top; if anyone asks – and they seldom do – he takes his moral lead from ‘Greggs’, his finger-in-many-pies CEO, who (in private) winks at mention of his nickname.

Naturally, his salary is eye-popping. Each pay-day he smirks at how he’s got away with it – again. He knows full well he’d never earn this figure in the private sector (wipe off at least one nought). Nor would he look forward to a pension well in excess of the proles’ annual earnings. Hence his every move is geared towards securing his position, to currying favour with the necessary influencers.

He knows where the real power lies: with the council’s myriad woke diktats. Compliance doesn’t just mean keeping one’s head down, mind. The progressive new world must be actively embraced. Any perceived deviation from the official line could threaten his income. Thus he caves in to every demand of the BAME and LGBTQ+ staff lobbies. Deep down, he doesn’t really believe in this nonsense. But when it adds tens of thousands to one’s payslip, it’s easy to feign SJW-conversion.

He’s on rather thin ice these days, given that he’s a straight white man (pronoun: he, his) in a senior town hall role. So, he ensured his eulogy to George Floyd appeared heartfelt at the staff webinar in 2020; this year he followed up with some equally self-serving Ukrainian-refugees-welcome rhetoric. In between, needless to say, his Covid-is-the-worst-crisis-since-the-war updates were regularly – dutifully – trotted out. For two years, departmental heads have vied to earn the most brownie points on that topic. He has more than held his own. Recently, he’s been eying one of the twelve new Green Champion sinecures the council has created for senior managers, which will inflate his earnings still further. You can’t beat a bit of lucrative Global Warming alarmism.

But let’s leave our well-remunerated bureaucrat now: he has important things to do. There’s a meeting with ‘Comms’ (another burgeoning team) to help celebrate the latest influx of foreign workers to the department. He’s anxious for the group photo to display a sea of masks. It ticks two boxes in one.

Before long there’ll be no cream left. But let’s give our talentless town hall fat cat one thing: he’ll lap it up while he can.