A further encounter with the puzzled alien 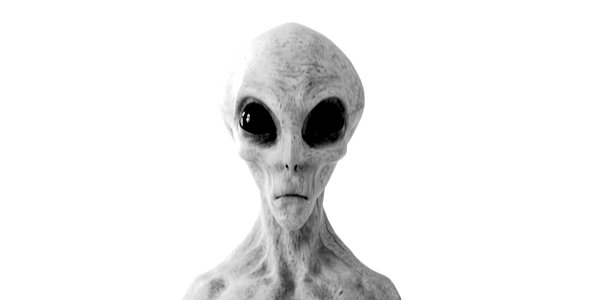 Me: Can you take that ridiculous mask off, please? I can’t understand a word you’re saying.

Alien: I’m sorry. I thought it was part of the national attire. I’m just trying to blend in.

Me: Well, it’s not working. For starters, your skin’s bright green so you stand out from the crowd as it is. If anything it makes you look like a sheep, not like a human being at all.

Alien: A sheep? These masks look more like a muzzle to me. I see them as an emblem of obedience and submission.

Me: I agree they’re highly symbolic. I think of them as a swastika for the mouth.

Alien: Didn’t you Earthlings put face masks on the prisoners at Guantanamo Bay?

Me: Yes we did. It helps convey the image that these people are contagious vermin and low-life contemptible scumbags.

Alien: That’s right! These masks make you Earthlings look like a bunch of bank robbers! I’ve got half a mind to call Crimestoppers.

Me: It’s funny you should say that. Big Brother Johnson said exactly the same thing about the burqa back in 2018. Needless to say he’s since changed his mind about the ‘oppressive’ nature of face coverings.

Alien: Why do you Earthlings insist on wearing these masks?

Me: Because we’ve been told to.

Alien: Oh really? Do they work?

Me: Of course not. The virus is spread by minuscule aerosols, not great big gobs of saliva. If you tried spraying a can of deodorant or blowing smoke through a face mask, you’d realise they serve no purpose whatsoever.

Alien: Do you always do as you’re told?

Me: One thing I’ve learnt out of all this is that the British people will do anything you ask, if they think it’ll protect the NHS.

Alien: Have you been told to wear masks outside?

Me: No. But people do this anyway.

Alien: Have none of your scientific experts told you that breathing fresh air is good for your mind, body and soul?

Me: We’ve been conditioned to think that everyone’s a walking biohazard and could kill us instantly with the slightest twitch of the nostrils – a bit like a malicious version of the TV show Bewitched.

Alien: When were the masks introduced?

Alien: So you survived the first wave without them?

Alien: And once the masks were introduced I assume there were no further waves?

Me: Actually there was a second wave during the winter.

Alien: You’d have thought the average person would have concluded that the masks don’t make much difference.

Me: We’ve been guided through all this by The Science, which itself is backed by the Pandemic Profiteers. And nobody’s allowed to question any of it despite all the evidence to the contrary.

Alien: I’d have thought on Freedom Day that you’d have stopped wearing masks, if nothing else as an act of defiance. Otherwise what does Freedom Day actually stand for?

Me: Freedom Day stands for the exact opposite: being sold into slavery with the threat of vaccine passports. Haven’t you read any Orwell? People have been infantilised by the state and become thoroughly used to wearing masks. It’s like that scene in The Producers when Gene Wilder can’t cope without his comfort blanket. Try telling people to take them off and they’ll go hog-wild with panic.

Alien: How long do your Earthling pandemics usually last?

Me: I’m no expert but not much more than a year or so. The human immune system’s quite strong and robust. Otherwise we’d all have expired on the arrival of the common cold.

Alien: Didn’t this pandemic of yours first appear in 2019?

Me: Big Tech and Big Pharma don’t want it to end, for obvious reasons. Big Brother Johnson seems to be enjoying the power boost too. He initially wanted emergency powers for two years and it looks like he might get them. Who wouldn’t want to lock their own people up for years on end? It means he can spend more time spawning children, or reading Latin, or whatever he does in his spare time. The Pandemic Profiteers are making a fortune. That includes China, of course, where the masks are made.

Alien: So China’s one of the Pandemic Profiteers?

Me: China’s doing very well out of all this. Apart from the borders, nothing’s been shut down for long and their economy’s positively booming, while Western democracies and economies are all crumbling to pieces.

Alien: Who in particular is recommending masks?

Me: The Covidiots at Sage seem particularly keen.

Me: Yes, now there’s a misnomer if ever there was one. The acronym suggests they’re erudite, wise and intelligent, but their ‘scenarios’ are consistently, ludicrously and laughably incorrect. On Halloween night in 2020 they told us 4,000 people would die each day! How the British public didn’t fall about laughing at this is a total mystery. Instead we entered a new cycle of restrictions and repression.

Alien: Hmmm. And they’re the unintelligent ones, you say?

Me: It’s a case of the lunatics running the asylum. You have to admire their ability to manipulate the public. One of their members, the behavioural scientist Susan Michie, a diehard Communist with no qualifications in virology, thinks we should wear masks ‘for ever’.

Alien: Why would anyone take her seriously?

Me: We don’t. Richard Madeley challenged her on air about her political beliefs and she got quite terse after that. Since then as far as I’m aware she hasn’t had too many mainstream appearances, not even on the British Bolshevik Corporation, aka the BBC.

Alien: Has this mask mania swept through the whole of Europe?

Me: Almost everywhere, except for Sweden.

Alien: There must be a bloodbath going on there. Is there anybody left alive? I’ll bet there’s a tide of terrified Swedes desperately trying to escape their plight. Whatever can we do to help?

Me: Sweden’s currently doing very well. The seven-day average of deaths is zero and has been for the past month. But we’re not allowed to celebrate any good news from countries that didn’t lock down. That would be damaging for our morale.

Me: It would appear so, yes.

Alien: Maybe we should head to Sweden first then? Before celebrating Freedom From Faucism in Florida.

Me: I’d be up for that. It’s a beautiful country famous for its lakes and archipelagos, alpine scenery, reindeer, liberal attitudes, meatballs and of course the naked saunas.

Me: Don’t worry, I have a plan. I can lend you a couple of face masks. You can use one as a thong and the other one as a boob tube.

Alien: Glad we’ve finally found a use for them.