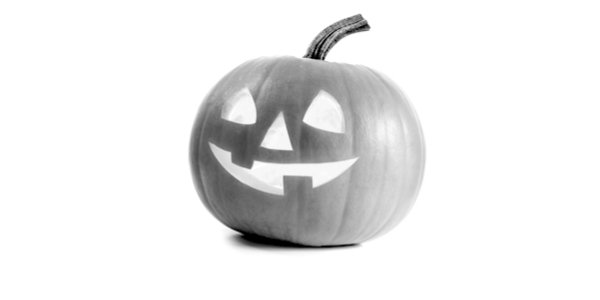 A while back, when my daughters were aged around five and six, they developed a passion for Halloween. Practically from the start of October, it seemed, their friends were chatting about costumes and trick-or-treat. Now I’ve always been a fan of fireworks and a big Guy Fawkes person. I was annoyed by this brash American newbie on the seasonal scene.

At church one Sunday there was an invitation to an anti-Halloween ‘Light Party’ at a nearby evangelical Anglican church. That will do for us, I thought. I can tell my girls that we’re in the swing, going to a party, all-of-us-are-going, it’s-going-to-be-great.

Roll on Halloween, and we set out nice and early. Being a natural optimist I had high hopes. I looked forward to seeing the lovely interior of this church close by. I had a vision of it being softly yellow – full of light. Dark evenings are so magical when you are inside a beautiful old church. I looked forward to meeting other families who had chosen this alternative to skeletons and ghosts. I imagined we might spend some time exploring the meaning of Halloween, the eve of of All Hallows Day. I was curious and content.

As we walked into the church, the ‘greeter’ explained that the party was just for children. We adults were welcome to make use of the church cafe – nothing was being served but we could sit there. Okay. I took my daughters on in. The next greeter explained that the girls would be separated by age. The older one was to join one bunch of kids sitting on a carpet, the younger one, another group. I explained to them both that they needed to go and sit on the floor separately with a bunch of strangers; they weren’t best pleased but I am not a helicopter mum. I dumped them in their groups and there was no time for friendly introductions to other little loners – the lights were being dimmed and it was too dark to see properly. Brilliant multi-coloured beams of strobe lighting started flashing round the church. A Christian rock band took to the stage and as I left I could no longer make out which little heads sitting in the dark were my daughters. The place was pitch black, strobe light beams crashed around the room, the Christian rock thrashed out louder and louder. It was impossible to speak. I hovered at the back observing the horror. After a couple of songs the band took a break and another organiser took to the stage. ‘Hello everyone!’ Meek response from the kids. ‘HEY I DIDN’T HEAR YOU! HELLO EVERYONE!!!’ Screams and shouts from across the room. ‘BETTER!!!!! – LET’S TRY THAT ONE MORE TIME!!!!! LOUDER!!!!!!!!!’ Kids hear this routine every party they go to these days. Last time I accompanied a school trip to the Science Museum they did it there too. Leaving my girls, I escaped.

I went and sat in the empty cafe with my husband. We hadn’t brought books or anything to while away the time and frankly I was dumbstruck. Eventually a friendly greeter wandered in and came over to make us feel welcome. When she asked me what I thought of the party I had to tell her – it was one of the worst, most ill-conceived things I’d ever been to. I pointed out that the noise level and the light level were louder and darker than a Soho nightclub. I wouldn’t want to spend five minutes in such an unpleasant atmosphere and my small daughters were stuck in it – surrounded by strangers. Does the church really need to try to ‘make itself relevant’ by being so loud and so dumb? Roger Scruton’s words echo in my ears: ‘We need to make quiet and gentle places and invite people in’.

As a mother I never go out unprepared. It was time for Plan B. As the kids streamed out into the night I got my girls’ witches costumes out of my backpack. Trick-or-treat buckets in hand, we set off down the Thames. It was a clear cold night. The river streamed by in the darkness and we could make out the shapes of ducks. It was lovely to be outside. We turned into our neighbourhood streets. We stopped to peer at beautifully carved pumpkins. We passed gaggles of kids, everyone proudly dressed up, happiness and excitement on all the little faces. We knocked on doors and strangers answered with happy smiles. Most had run out of sweets but they disappeared into the kitchen to rustle something up for my girls. As we wandered home in the clear cold dark, leaves drifted down from the trees. I fell in love with Halloween. What better way to spend an autumn evening and to usher in the dark nights of winter? What’s not to love about pumpkins, spiders, and dressing up? We will all die one day and now I see skeletons and ghost stories as a way of building acceptance of that.

Alexander died, Alexander was buried, Alexander returneth into dust; the dust is earth; of earth we make loam; and why of that loam, whereto he was converted, might they not stop a beer-barrel?

Yes – we’ll all be stopping a beer-barrel or falling from a tree one day. Let’s enjoy it while we’re here. Halloween-haters, take off your grumpy hats and put on a silly wig. Go out and buy a pumpkin – they’re great fun to carve and for one night they brighten up your street and make little children smile.