A harsh economics lesson for the student Lefties 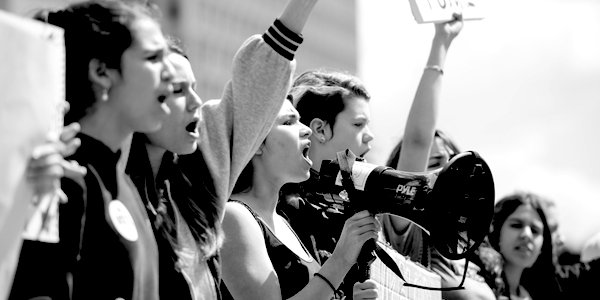 Last Tuesday the students’ union at the LSE, where I am an undergraduate, concluded its bi-annual election period. Positions up for grabs included three delegates responsible for liaising with the national student body, the NUS. Tragically, the three budding new delegates-elect might find themselves out of office much earlier than expected.

A letter leaked to Guido Fawkes on Friday revealed the NUS to be in dire financial straits. Addressed to all affiliated students’ unions, the letter explains that the organisation is predicted to post a deficit of £3million ‘in this and future financial years’ and outlines plans to address the crisis which could potentially spiral into bankruptcy. The emergency measures apparently include ‘a combination of borrowing against the building we own, making cuts to staff, and turning off some of the activity we deliver’.

The irony in this story is cruel but profoundly satisfying. For years, the NUS has been a fierce critic of austerity. It has organised and endorsed countless protests and campaigns aimed at pressuring the government into not only halting but reversing public sector cuts made since 2010.

FE & HE is about learning.

These students are learning that you can’t run up a huge deficit and expect it to be sustainable, & that you have to make difficult spending decisions to balance the books.

Eight years ago, the NUS was behind the appallingly conducted ‘Funding our Future’ protests aimed at preventing the cap on tuition fees being raised to £9,000. The chaotic demonstrations saw students breaking into Conservative Campaign Headquarters, smashing windows, storming the roof, burning banners and placards and throwing missiles.

The NUS claimed that the policy would make it more difficult for students from poorer backgrounds to attend university. In contrast to the rhetoric and virtue-signalling (‘we care about the poor, you don’t’), the evidence shows that university enrolment has risen continuously since tuition fees were introduced 20 years ago and that the participation gap between rich and poor students has narrowed significantly. That’s in addition to substantial increases in funding per head, despite 40 per cent cuts to the higher education budget.

The protests were defended at the time by Clare Solomon, president of the University of London Union, who said: ‘These were a few windows of the Tory Party headquarters – what they’re doing to our education is absolutely millions . . . and they want to complain about a few windows.’ A masterclass in political discourse and civility.

Higher education funding represents an area of government policy which has been astonishingly successful in recent years. British educational institutions continue to lead the world in terms of research and teaching standards, while inclusion and accessibility rates for students from even the most disadvantaged backgrounds are higher than ever.

Proposals which came to light recently to slash tuition fees to £6,500 will no doubt be welcomed by the NUS, if decried as insufficient. They would, of course, be counter-intuitive. As an excellent analysis in The Times concisely explains, such cuts would benefit wealthy students almost exclusively, because the poorest are protected from crippling bills by the superb current system in which the repayment structure is custom-managed to meet the individual’s needs.

If the government wants to splash out on students, it would get much better value for money by either cutting interest rates or bringing back maintenance grants. They won’t do that, of course, because the modern Left’s uncompromising nature (unwillingness to accept the facts staring them in the face about how to help the worst-off) has focused all its campaigning energy in one place – tuition fees – and the Virtue-Signalling Rules dictate that they can’t possibly go back on that now, however counter-productive and appallingly inefficient the policy might be.

Here at the LSE, generous non-repayable bursaries are awarded to students: up to £4,000 a year is available for those with low household incomes, in addition to a wide array of grants and scholarships. The NUS pay no regard to the thousands of poor students who have benefited immeasurably from these schemes. Would any of this be possible under their proposed policy of taking money away from universities by abolishing tuition fees, at a cataclysmic cost to the taxpayer?

The leaked NUS letter cites two main reasons for the sudden crisis: ‘structural problems’ and ‘competitors in student discounts, trading support and policy and strategic support’. Reading this, one might reasonably assume that recent months have seen a surge in the level of competition in these markets, hence the NUS’s inability to cope.

The reality is comparatively underwhelming. The leading student discount companies are Student Beans, Save the Student and Unidays, which have been around since 2005, 2007 and 2011 respectively. If the current crisis really is due to this competition, it suggests astonishingly poor management on the part of the NUS.

What did they expect? They know that these companies exist. This is how modern markets work. The NUS offering, called the Totum card, affords meagre benefits in comparison to its rivals. I have a Totum card, and the only place I have ever used it is the Co-op around the corner, where it gives me 10 per cent off my Pot Noodles and microwavable pizza.

The issue here isn’t that the competition in this market is brutal and a not-for-profit organisation couldn’t possibly be expected to survive. The source of the problem is clear, and it goes much deeper. Ideologically, the socialists who run the NUS struggle to deal with the idea of people making free choices about which service to pay for based on its quality.

The statism of socialist economics makes such a concept very difficult to grapple with. Anyone can see from its violent virtue-signalling that the NUS is a far more righteous organisation than its competitors, so why should others be permitted to make money from the same industry? The NUS cares too little about the quality of the service it provides and is therefore ill-equipped to operate competitively, making financial disaster practically inevitable.

In contrast to the Utopian non-economics the hard Left promotes, austerity is the best and perhaps only way to deal with an economic disaster such as the one inherited by the new government in 2010. Austerity consists not of evil Conservatives snatching ice cream from the hands of working-class children, but rather of a sensible restructuring of public sector funding to avert chaos and collapse.

This truth is one that the NUS leadership has had to face with ruthless clarity. That timeless Thatcher quote feels as relevant as ever: ‘The problem with socialism is you eventually run out of other people’s money.’ Socialist economics clearly doesn’t work, and the abject state of the NUS is a case in point. But don’t expect any radical change in rhetoric any time soon. Facts have never stood in the way of Leftism before, so why should that change now?