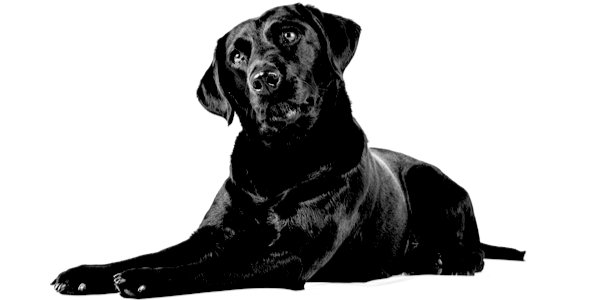 I THOUGHT by now that I was wearily resigned to political correctness. But its latest manifestation provokes new depths of anger and despair at the way this country is heading.

I’m talking about the RAF’s decision to remove a headstone from the grave of the ‘Dambuster’ dog at RAF Scampton, Lincolnshire, and replace it with one that omits the black labrador’s name.

The dog, called and ever since remembered as Nigger, belonged to Wing Commander Guy Gibson, VC, leader of the daring Second World War mission which destroyed German dams with aerial mines known as ‘bouncing bombs’.

It was killed by a car hours before the Lancaster bomber crews took off from Scampton for the Ruhr on the evening of May 16, 1943. Gibson arranged for a midnight burial, while the raid was under way, and he later used the dog’s name as the codeword for the successful destruction of one of the dams.

The dog’s headstone was inscribed with his name, ‘Nigger’, with a brief account of his time as the mascot of 617 Squadron. The RAF has quietly replaced it with a similar stone simply referring to ‘the dog’.

Why? The RAF said it ‘did not want to give prominence to an offensive term that went against its ethos’.

Beat that for mealy-mouthed waffle.

The use and impact of a word is all about context and intention. Of course ‘nigger’ is an unspeakably derogatory and discriminatory word if used today with reference to a black person, and laden with negative history and association – and ignorance -which is why it is unacceptable to use now. But the Scampton gravestone inscription wasn’t ‘giving prominence to an offensive term’, it was simply recording the fact of the dog’s name, reflecting a war and immediate post war era that was unthinking or unknowing of its associations. It was never named as an insult to black people, the dog was so called because at the time it was an unremarkable name for a black dog. For most people of that generation, for better or worse, it was simply an adjective associated with a colour in paintboxes, like ‘cherry pink’.

This is not the first censoring of the dog’s name, but it is the most drastic. In the 1955 film The Dam Busters – one of our most popular war movies – the name was left untouched. But in later years, it was overdubbed as Trigger for American audiences and edited out of showings on British television, or preceded by a warning. In 2011, when a remake of the The Dam Busters was being planned, scriptwriter Stephen Fry said he would change the name to Digger.

Since then newspapers, terrified of causing offence, of appearing racist or insufficiently enlightened, avoid printing the word whatever the context or historic reference.

No surprise there, then. But how can the RAF bring itself to climb aboard the bandwagon that collides with, and crushes, its own history – and historical truth?

How many times must it be said that the past is the past, for better or worse? You can’t make it un-happen, or reshape it to what you think it should have been. That way lies the Orwellian nightmare of 1984. And how many times must it be said that you cannot judge the past by the standards of today? It’s the worst mistake anyone who hopes to understand history – and learn from it – can make. How are we to know how attitudes, values and niceties change – for good and bad – through time if we airbrush history this way? Are we to believe it was always as it is now?

RAF chiefs must well know this. But they have apparently chosen to fall in with the current frenzied clamour that condemns almost everything and everybody in this country as racist.

The targeting of an animal somehow seems particularly odious. ‘Anti-racist’ campaigners may think they have a legitimate grievance over a statue of a slave trader on public display in the middle of Bristol. But the grave of a black labrador in the relative privacy of an RAF base?

Not the least of it is the insult to the intelligence of visitors or newcomers to Scampton, who may read the censored inscription then ask the obvious question: But what was the dog’s name?

And think of the wider message this sends. It belittles the memory of the men for whom this, now nameless, dog was a distraction, a companion, a comfort, perhaps a reassuring symbol of normality amid the deadly reality of war.

The dams raid, Operation Chastise, was an epic of skill, courage, devotion to duty and sacrifice – 53 RAF men died carrying it out. The audacious mission may not have been as successful as was hoped, but it was a massive boost to war-weary Britain’s morale and sent a clarion message to the world that Britain’s fight against the Nazis would go on by any and all means.

And what of Gibson? These days, it is fashionable in some quarters to criticise his mode of command. But remember, he was only 24 years old when he led the Dambusters.

That’s around the same age as many of the virtue-signalling knee-benders currently indulging themselves with their weekend protest sprees before heading back home to enjoy the benefits of the freedom Gibson and his comrades fought to preserve.

Those men were battling real racism – the vilest the modern world has seen – and putting their lives on the line as they did so. How many of today’s slogan-chanting social justice warriors would willingly fly into the night, knowing death could come at any second? The removal of Nigger’s name is an insult to those true heroes of 1943.

Conservative MP Sir Edward Leigh, whose constituency includes Scampton, has written to the RAF station commander saying: ‘The past needs to be explained, taught about and learned from – not rewritten.’

Exactly. If you agree, you can sign a Change.org petition here calling for the reinstatement of the dog’s name on the gravestone.

After the dams raid, 617 Squadron chose as its motto Après moi, le déluge (after me, the flood). Let’s hope there’s now a deluge of protest against this shameful, craven act.