A Hogarthian Revolution – is it really happening? 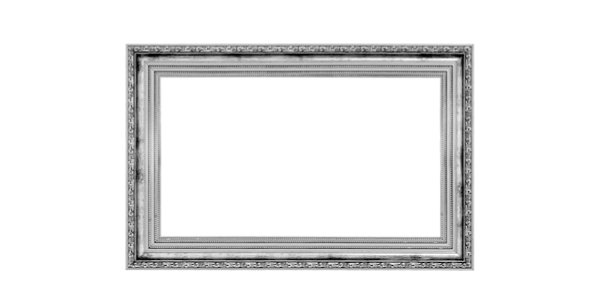 TATE Britain has a current exhibition called ‘Hogarth and Europe’. William Hogarth was one of England’s foremost painters and a master of portraiture, as well as a brilliant cartoonist, satirist and creator of charming yet brutally honest pictorial social commentaries. In the mid-18th century the rise of an English bourgeoisie enabled art to become more accessible and affordable – the moneyed classes could commission family portraits previously available only to princes and dukes, and the working poor with funds from newly established factories could purchase reproductions of famous works. Hogarth’s works were so widely copied that he pioneered the idea of selling prints to the masses and became instrumental in the passage of Britain’s first Copyright Act (known as the Hogarth Act). He is thus known as the Father of Modern Copyright Law.

To give your name to something has to be the ultimate ‘renown’ achievement. The term ‘Hogarthian’ sprang from his peculiar blend of highlighting farce through beauty, his astute characterisations of morally bankrupt upper-class actors in contemporary society, and his sparing of no one, from the gin-slugging poor to the decadent nobility. His paintings are replete with disturbing images – African child slaves wearing collars engraved with their mistresses’ names, a lordly husband pimping out a vulnerable servant girl and an infant reaching for a bottle of whisky. In March of the Guards to Finchley (1750) he managed to portray a national crisis averted by the British Army against Jacobite rebels as a raucous party, and in O the Roast Beef of Old England (‘The Gate of Calais’) of1748, tensions with the French morph into a delightful parody of the gendarmerie, Catholicism and especially the Scottish – embodied in a drunk Scotsman passed out wearing head-to-toe tartan on the pavement at Tottenham Court Road. He took no prisoners.

After visiting the Tate exhibition I attended a talk about the artist given by a well-known art historian who observed that the events reported in our news cycle recently had been positively Hogarthian. Given the party gate and birthday cake shenanigans, the threat to send our non-existent forces to fight the Russian bear while Afghans are left at the mercy of Taliban, threat of tax hikes, brutal energy bill rises that will leave not just the old very cold, plus the all-round absurdity of the collective slumber most people are yet to wake from, not induced by too much wine but by deification of the NHS and enforced by a new bureaucratic priest class, I realised that what we need is a modern Hogarth.

Bob Moran is fast stepping into that space: his art works can be downloaded free of charge and published anywhere.

Here is one by him of the recumbent post Partygate Johnson that is positively Hogarthian:

Laura Dodsworth’s ‘Faith Masks’ picture exhibition is arguably also curated in the Hogarthian mode. In an article for the Critic she shows images of herself and others in masks bearing significant words such as ‘obedience’ ‘piety’ and ‘new normal’. The series draws parallels to the religious sewing and embroidery exercises of nuns in cloisters long ago. Such monastic images could not help but recall, in my mind, the harsher version of the determined tricoteuse Madame Defarge in Dickens’s A Tale of Two Cities, who grimly knitted the names of those destined for the guillotine for crimes against the French people.

The social media penalty back in 2020 for speaking out against this madness was ostracisation and blocking. When I realised in the summer of 2020 that we were all being played, I sent warning messages on WhatsApp which were met with derision and my removal from those groups. Heretics were not welcome and were shunned socially.

Hogarth died twelve years prior to the outbreak of the American Revolution, and much as he yearned for royal patronage under King George II he was deemed too unsafe for such a position. Social and political unrest was rife in Britain and across the Channel until the closing years of the 18th century.  Dissent centred on one issue: the rights of man in a democracy.

Another decade after that saw the French rise up and overthrow their tyrannical rulers, with the passionate rallying cry, ‘Liberté, Egalité, Fraternité’. In Britain radicals and activists were arrested. A loyalist press whipped up the negative reaction to radicalism. English reformers were labelled Jacobins, a term associated with French terrorists and revolutionary intent. It all stood on a knife’s edge. In the end we chose reform. The French chose revolution, and the guillotine.

It’s instructive therefore to find out that William Hogarth was barely known across the Channel. Writing about the first Hogarth exhibition in Paris in 2006, Charlotte Higgins observed that despite being one of Britain’s best-loved painters there is not a single book in French about him, except for the exhibition catalogue. ‘Not one of his paintings hangs in the small English School section of the Louvre, or indeed in any other museum in France.’

Perhaps Hogarth’s free expression, his brutal and truthful observations were key to our salvation then, just as Bob Moran’s and Laura Dodsworth’s much needed modern renditions may prove to be for us today.

Share
Facebook
Twitter
WhatsApp
Email
Previous articleClose your eyes, and look into the face of Jesus
Next articleIs this the beginning of the end for the £?