A lone voice behind enemy lines 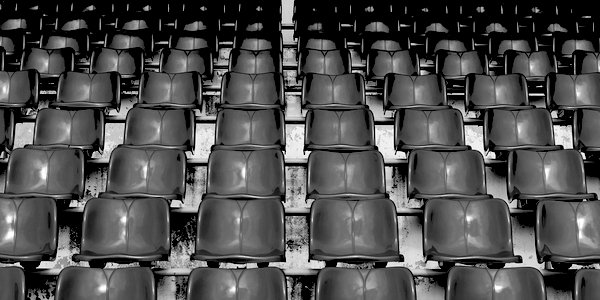 This week I went to a sixth-form college in a small Norfolk town for a ‘Question Time’ event.

I didn’t sleep very well the night before. I knew what was coming: two hours of torture.

I did a number of these events during General Election 2017, when I stood as a UKIP parliamentary candidate and was one of about 20 candidates who managed to save their deposit. They were a baptism of fire. They always have the same format: generally pleasant, friendly but Left-wing teachers in charge, four or five other panel members from the different parties and an audience of 50 to 100 students aged 16 to 18.

This one was no exception. Conservative, Lib Dem, Labour, Green, a member of the public representing the church, a teacher and UKIP. The church representative is normally a ‘Welby social justice’ type of person, so it becomes myself against the rest of the panel.

All the panellists, of course, are versions of the liberal middle class, although they think they are representative people. I always say at these events: If you want to find out where politics really is, let’s all go down to Morrison’s car park and there you will find the real world.

I already know what will happen. All the panel will be ‘remain’ versions of each other, including the Conservative. The teachers will be ‘remain’ and there will be a braying or at least sneering audience. How sneering will depend on the school. More privileged schools, even within the state sector, tend to be considerably more polite but there are always a large number of vocal social justice warriors (mostly women) who will be very belligerent, turning their anger on me, condescendingly called versions of ‘that UKIP woman’.

There will be people who silently support some of the things I will say (probably more boys) but no one will dare admit it. In effect I find myself in a position of one against six on the panel. In the room I am a lone voice against a hundred.

Normal questions from the students: Trump is an idiot, isn’t he? Lib Dem: He is terribly dangerous, students, he is appalling (mostly because he is rude and called Kim Jong-un short and fat). Conservative fudges. Church woman: He is evil. Only I dare to say that he has been successful in many fields: property at the highest level, best-selling author, compere of an American reality TV show (very hard to be successful). Then a politician, starting from nothing, with almost no money and against all the odds – and that he represents American views. Jeers, smirks, I am talking rubbish.

And so we go on with the questions: free bus fares for all students, free university education for all, free this, that and the other. And I say, we are drowning in debt already, we are going bankrupt – but who cares about debt when you are 17?

There was the usual question on ‘climate change’, meaning not climate change but the man-made global warming theory. Again, since the students have been taught it as a ‘fact’, I am a lone voice. The Conservative talks about more rain (no evidence), the Lib Dem says it is the most important thing facing us (really? more than immigration, riots, crime and debt?) I point out that the US has just had its coldest winter for 189 years and that more people will die from global cooling – from famine, crop failure and hypothermia –than from global warming.

Then I made a single error. After listening to dozens of half truths and complete inaccuracies, I confused the Jurassic and Carboniferous periods, and was immediately shot down by the Green man, a geologist. How the students roared with laughter. Yes, the Green man has got that UKIP woman!

And then we got to the question that summed up the afternoon for me. As an aside, few people know the following. In the referendum, in almost all age groups there was not a lot of difference in voting between sexes. But the big difference was in the 18-24 age group. Young men voted 60 per cent remain, 40 per cent out. Now although this is a majority, it is not massive, and from what you would have heard from young people, you would never believe that 40 per cent of young men voted to leave. But the really staggering statistic is that women aged 18 to 24 voted 80/20 to remain. And when I go to these events, it is the girls who are often extremely aggressive and vocal social justice warriors.

So the question came up whether there should be enforced 50 per cent women MPs. The Lib Dem was true to his party and said local groups should be able to choose. I asked how many people had heard of Jordan Peterson – one panel member and one student (male). I said, we can have equality of input but we will never get equality of output and that lots of women did not want to be spat at, sworn at, and humiliated as political candidates. I said if I asked these students to stand, there would probably be more boys than girls who would volunteer.

Maybe I should have gone full Honey Badger and asked the boys, how many planned to have babies? – just to prove the point that women and men are not the same. They could have jeered at the mad UKIP woman some more!

Postscript note: Most of these students would be terribly nice on an individual level and there will be many silent ones who agree with me, but the mob takes over and these people do not raise their voice in the current political environment – it would be social suicide.