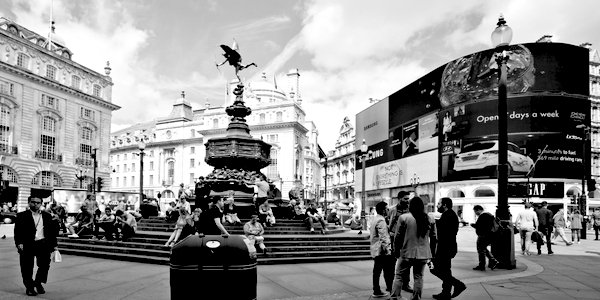 AS a child in South Africa I dreamed of living in London when I grew up. With a British grandmother I felt an innate connection. When my wish was granted I would wander around the London tourist spots for hours, barely believing that I had made it to the city at last. A favourite spot was Piccadilly Circus. This incredible place was the essence of London to me – edgy, tolerant, creative, multi-cultural and exciting.

Piccadilly Circus and the West End is a mix of the secular, hedonist and ancient. This lively and louche area needs to stay this way. But if property billionaire Asif Aziz gets his way it won’t.

Aziz, chief executive of Criterion Capital, owns the Trocadero, an iconic site in the area. His charity, the Aziz Foundation, has applied to Westminster council to turn part of it into a community centre and a mosque.

Understandably this has created a huge furore. Hyperbolic accusations are flying that this will be a ‘mega-mosque’ and that Sharia patrols will attack women and members of the LGTBQ community. It is true that such Islamists are a worrying feature of some mosques in London. But it’s hardly fair to object to the building of a mosque on the basis of a crime that hasn’t yet happened. What is legitimate, however, is to protest at placing one in the traditional heart of London’s nightlife and entertainment business. The West End is not a place of religious observance but of secular fun. A mosque in the centre of Piccadilly Circus is inappropriate and incongruous with the culture of the area. Why would applicants pick such a location?

A factsheet on the foundation’s website lists provides a rather unconvincing answer. It claims that the mosque would be a ‘great addition’ to the area and create a sense of ‘diversity’. Piccadilly Circus is already diverse. The worship of the politically correct platitude is not reason enough to build a mosque there.

Although nothing on the factsheet says that there is a lack of prayer facilities in the area, this is the reason being cited in both the media and on the Westminster Council planning document.

It would appear to be a disingenuous pushback to objections. If so, it has no legs. There is already a plethora of mosques in the area. The London Central Mosque in Regent’s Park is only two Tube stops from Piccadilly Circus. Four stops away is the King’s Cross Mosque and Islamic Cultural Centre. A mile up the road is a mosque at the Muslim World League London in Goodge Street.

The foundation further argues that a mosque in the Trocadero will be just like having one at Heathrow, Westfield or Selfridges. But none of these places is iconic in the way Piccadilly Circus is, none embodies the sheer hedonism of this traditional tourist go-to centre of entertainment.

No matter how peaceful, the mosque will still be out of character with the rest of the area. With comings and goings its presence will be felt.

It is different from the case of the Hippodrome in Golders Green, north London, where there was a similar furore when it was bought by the Centre for Islamic Enlightening and turned into a mosque. Golders Green is a residential area with a sizeable Muslim population. It has an even larger Jewish one, many of whom are religious and attend synagogues regularly. Far from being a buzzy part of London, its character is more of a place of religious observance and family life. Exaggerated concerns about Jews being attacked by mosque attendees, or the area being ‘invaded’, have been proved unnecessary – they haven’t come about.

The foundation’s third claim is that a mosque will ‘regenerate’ the Piccadilly Circus area. It is difficult to see how. Observant Muslims wouldn’t frequent the clubs, non-Halal restaurants and theatres of Piccadilly Circus. Do devout Islamic worshippers really want to walk past drunken revellers, strip clubs and gay bars?

Those pressing for this mosque say that there are already churches in the area. But it is different. Many of the churches date back to Sir Christopher Wren and the 17th century or even before. They are historic buildings in their own right. Furthermore the Church of England has long been a house of inclusivity and equality, welcoming female clergy and the LGBTQ community. A mosque, with segregated areas for woman and with a strict ethos against homosexuality, would be anathema to culture of the area.

The idea that the call to prayer could become public is not so unrealistic. The thought of a broadcast of the adhan several times a day across theatreland is discordant, and would be deeply unfair to actors and to their audiences. It is an encroachment, as I wrote in TCW a few weeks ago – it crosses a boundary. Religion must stay in the private sphere.

A mosque in Piccadilly Circus feels as wrong, though for different reasons, as the proposal to build one near Ground Zero. In principle, being a liberal country, we shouldn’t object to a house of worship being built. But protesters’ objections that it conflicts with a cherished part of London’s historical culture and is a ‘wrong fit’ must be listened to.