A must-see, real-life thriller… the Washington plot to topple Trump 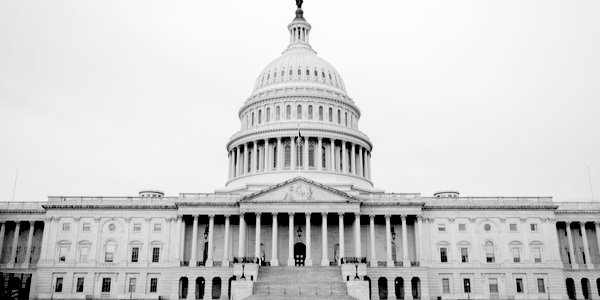 EVEN now, when we know a lot – though far from everything – about 2016 and afterwards, it’s hard to comprehend that what happened in America was an attempted coup against democracy at the heart of the world’s most important democracy.

Brazenly impenitent, the people responsible for that crime – for that is what it was – expect the American people to return them to office and power next month without ever having had to pay a price.

Their candidate for the White House, Joe Biden, is a near five-decade political insider plausibly accused of taking kickbacks from foreign countries which, if proved, would destroy his presidency. Yet he is thought to be worth the risk.

A new addition to the millions of words written about the four tumultuous years of Trumpery and the secretive efforts made to stop his election, and then destroy his presidency, is a documentary film with a title that perfectly captures what happened: The Plot Against the President.

It describes an actual attempted coup in the United States, which prides itself on being the land of law par excellence. The attempt was conducted by people whose trustworthiness is essential to democracy: law enforcement, the intelligence services, the permanent officials of government – and the media, whose job is to ensure their honesty. That politics is dirty is a given. When the state itself is dirty, it loses its claim to legitimacy.

Dismissing what occurred as ‘history’ is not an option when the wrongdoers refuse to admit the enormity of what they did, and seek the power to do it all again if it suits their partisan goals.

The Plot Against the President is based on a book of the same name by Lee Smith, which was a coincidental companion piece to National Review writer and former prosecutor Andrew McCarthy’s Ball of Collusion. Both books forensically assess the evidence for each stage of a drama whose implications are still terrifying.

The documentary contains no revelations for those who followed the story through its four-year course, but it pulls it all together in 90 minutes of interviews and contemporary videos. Trump’s enemies get no space for rebuttal; this is the case for the prosecution undistorted by the liberal mainstream media, which were effectively co-conspirators.

Director Amanda Milius examines each crucial phase and how they interlock or adapt to each other: General Mike Flynn’s ‘treasonous’ telephone call with the Russian ambassador; the ineffable Steele dossier (claiming collusion between the Trump camp and Russia); the dodgy FISA surveillance warrants that let the FBI spy on the Trump campaign, and the prosecution by Justice Department special counsel Robert Mueller which ended by exonerating Trump of colluding with Russia, but took two years to do it.

From a cast of the most powerful people in US government, three emerge as critical players. They are Mike Flynn, FBI director James Comey and Representative Devin Nunes, the chairman of the House intelligence committee in 2017, whose investigative tenacity turned an election scandal into an affaire d’Etat that out-Nixoned Nixon.

Flynn had been an out-of-step Director of National Intelligence under Obama, who fired him for criticising his foreign policy. The former White House team were horrified when Trump took him on as National Security Advisor, and Comey quickly set him up for prosecution over an innocent conversation with Russian ambassador Sergey Kislyak during the presidential transition.

The Plot makes the case that the Flynn prosecution was a key part of the post-election campaign to hide pre-election wrongdoing by the Obama administration et al, who never expected to be found out because they thought Hillary Clinton would win.

Comey trapped Flynn into an alleged lie by ignoring White House protocols and sending two FBI agents to interview him without any warning that he was under suspicion of a crime.

The agents reported back that they thought Flynn had been truthful. Only later did FBI bosses allege he lied because it would help sustain the collusion hoax and cover up their election campaign abuses.

In a television interview, Comey boasts about the success of his trickery and elicits laughs for his cleverness from the sympathetic audience. At the end of the talk, in which Comey drips with contempt for the Trumpers, the journalist reaches to shake his hand like a teacher congratulating a star pupil.

The Nunes investigation meanwhile uncovered the targeting before the election of minor Trump aide Carter Page through improperly-obtained FISA security court warrants. These let the FBI tap into all the Trump campaign’s communications, since whomever he called could be listened to.

The media were already in an uproar over the never-verified Steele dossier against Trump commissioned by Democrats through GPS Fusion, a private Washington company specialised in collecting political dirt for its clients. Nunes said he found out early on that the dossier was untrue. He described Fusion GPS as ‘a racketeering outfit very talented at what they do’.

Nunes wrote a memo on behalf of the intelligence committee which said there was no proof of collusion between Trump and the Russians to secure his election. The media denounced it as partisan lies.

Adam Schiff, the senior Democrat on the committee, wrote a counter-memo saying he had evidence, which he never produced to the committee or anyone else, that collusion had existed – and the media went with Schiff. It was all Democrats holding hands whether they were politicians or journalists.

Amidst all this, Trump had fired Comey for refusing to say publicly what he was telling the president in private, which was that he wasn’t under FBI investigation.

Mueller was appointed special counsel shortly after and his investigation hung over Trump and the legitimacy of his presidency for two years. He concluded that no American, Trump included, had colluded with the Russians during the 2016 election.

Special prosecutor John Durham, who is conducting a criminal investigation into who did what during this scandal, will not report until after next month’s election. Charges may be made. Or they may disappear under a Biden administration.

General Flynn, who originally entered a guilty plea to perjury which he says was coerced, is still fighting to withdraw it and avoid a jail sentence for committing no crime.

At the end of The Plot, his redoubtable lawyer, Sydney Powell, says: ‘I would say that Russiagate has been the most egregious, malevolent abuse of everything that was supposed to have been good about our government.’