A party? Good heavens, no 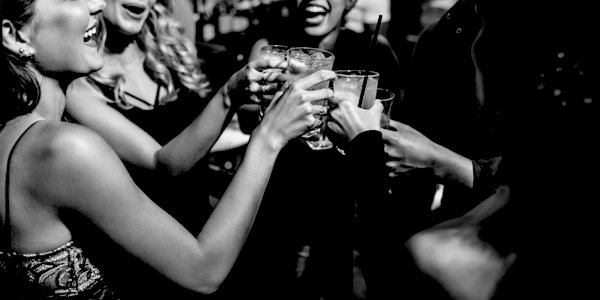 TCW Defending Freedom has heard from our man in Westminster, Sir Charles ‘Chatty’ Chatterton MP, who wishes to dispel rumours that a rule-breaking Christmas party took place at the Department of Transport where he is a junior minister.

LIKE everybody else, I was shocked and saddened to hear about the shenanigans that are said to have occurred in Number Ten last year when the country had been ordered to follow the stringent regulations regarding parties and Christmas celebrations.

I have contacted you to dispel malicious rumours that we here at the Department of Transport might have transgressed in a similar fashion.

It is true that towards the middle of December last year I was present at an event involving fellow junior ministers, our secretaries and some of our dedicated civil servants who, on that particular day, had braved the deadly virus to battle their way into central London for the first time in several weeks.

It is also true that I provided several cases of a decent Sauvignon Blanc, Kiwi’s Bottom, to reward the staff for the efforts they had put in during the year. However, in no way could this be described as a party. On the contrary, it was a training session.

We had gathered to learn methods to allow us to assess suitable locations for the siting of electric vehicle charging points in a typical town centre.

Admittedly, the meeting began with some music and a little dancing, but that was orchestrated by the trainer, who described the activity as an ‘ice-breaking session’.

The trainer then made us participate in a series of ‘games’ to help us understand the complexities of our decision-making. One such required us to pretend to be driverless cars. With the aid of blindfolds and shouted directions from a colleague we had to navigate our way around the office furniture. It did result in much merriment especially when one of my colleagues who had overdone the Kiwi’s Bottom fell head-first over a desk, destroying a computer and a pot plant on the way.

In another game we were asked to throw darts at a map of Slough to indicate where we thought the charging points should be located.

We were visited at one stage by two policemen, PC Cagney and PC Lacey. After accepting a glass or two of wine they entered into the spirit of the occasion by pretending to be traffic police chasing a junior civil servant around a hastily constructed obstacle course.

The training session continued late into the evening and all concerned thought it to be a worthwhile and valuable exercise.

I am now confident that the good people of Slough and other towns will soon have access to a multitude of charging points in some surprisingly varied locations.