A period of transition 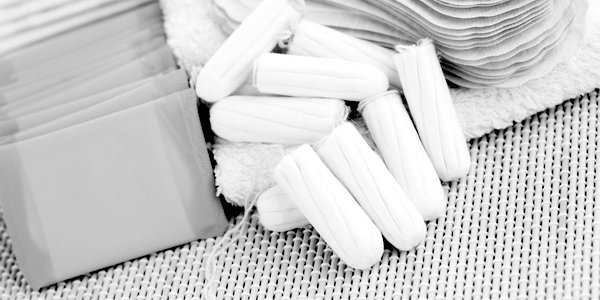 LAST week the Department of Education announced that free period products are to be made available to all schools and colleges in England.

A few years ago, if I had written about this for a conservative publication, readers might have anticipated that my point would be to challenge the economics or the nanny-statism of it all. Now, frankly, these are the least of my concerns. Sanitary products are cheap; periods can be a nightmare for girls and young women; and if this initiative helps some shy, awkward, vulnerable young girls cope with mess and misery, I am right behind it.

Sadly, we have a bigger battle now. Some feminists are referring to it as the erasure of girls and women. For it is no longer girls and women who have periods. According to the Conservative Government, it is ‘people’ who have periods. The Department of Education is making menstrual products available for ‘all young people who need them’. According to their press release, the scheme will ‘ensure no young person’s education is disrupted by their period’.

The Children and Families Minister, Michelle Donelan, said: ‘Periods are a normal part of everyday life and we do not want young people missing out on lessons because of them’. Amika George, founder of #FreePeriods, said: ‘Free Periods has been fighting for every single child in this country to be able to go to school without worrying about their next pad or tampon.’ David Taylor-Smith, CEO of phs Group, the suppliers of the products, said: ‘Period products are a necessity, not a luxury, and we believe providing free products for young people will be a catalyst for change in creating period equality’.

We all know why girls and young women have disappeared. It is to appease a very small but vocal trans lobby. Never mind that an increasing number of people, including many gay and trans people, are challenging this narrative. Seemingly these alternative voices do not matter to the Government – or at least, they are not yet getting through. There is one ideology that currently holds sway and is being rolled out, affecting language and policy and lives.

So period products must now be referred to as being available for ‘all people’ to avoid hurt for a small number of trans people. In this case it would be biological women who want to identify as male. They don’t want words to remind them of their female body. The reality of being a trans man is that your female body will remind you of your female body. That is the reality that needs to be wrestled with and peace made with. Life is painful – but surely easier if faced truthfully.

I do not know of any other area of human endeavour where we have somehow decided that we will all be better off if we avoid speaking reality. It will not come to any good. It will not make us happier or life easier. It is not fair to eradicate whole groups from our language, and it is not for one small group to tell us that we need to do so.

I struggle to understand how the trans narrative came to hold such sway with the Conservative government, impacting policy across so many areas. Why, for example, does an inquiry into the number of young people identifying as trans need to be secretive?

Digging a little deeper, it seems that some policy is coming from links to pro-trans lobby groups. The most established of these is Stonewall. It is hard to get a complete grasp of the full range of the interfaces between Stonewall and the government. Nevertheless an interview with the civil service’s ‘LGBTI champion’, Department for Education permanent secretary Jonathan Slater, provides one example. Interviewed about the role last year, he said: ‘We’ll be looking to demonstrate to Stonewall that our HR-wide policies help to foster diversity and inclusion’.  Also: ‘Each government department works on its own submission to the Stonewall Index. We were pleased at the DfE to have moved up the index this year and other departments have done similarly.’

Since when were all government departments making submissions to ‘the Stonewall Index’? How much time and effort do they spend working on their submissions? When they look to ‘move up the index’ how does this impact policy? How can we subject this all this to greater democratic scrutiny? More and more people are becoming vocal about their unease over the trans narrative and how it is potentially harming vulnerable young people, and disproportionately impacting and ‘erasing’ the concerns of women and girls. I hope our Conservative MPs, particularly those in charge of key portfolios, will start listening to alternative voices and counter-arguments – and soon.