A plea for predators 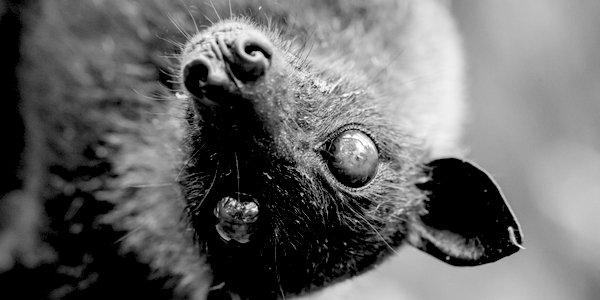 CAMELS are well-adapted to thrive in the dry heart of Australia but landowners have been unable to harvest them profitably for meat, leather, racing or genetics. With no real predators, numbers of the introduced species ballooned. They did reduce wildfire risk in parks by consuming excess vegetation, but during drought, starving, thirsty camels become pests, invading neighbouring pastures and water supplies and destroying fences. So the federal government pays helicopter sharp-shooters to shoot hundreds of them, leaving carcasses to rot. A similar fate awaits Kosciusko Park brumbies (feral horses).

Nearer to the coast, hungry kangaroos trash irrigated pastures and help themselves to dwindling water supplies, but landowners are forbidden to cull them, and red tape and quotas hamper those licensed to harvest them for natural chemical-free meat. Graziers are forced to destock in droughts – kangaroos should also be destocked.

Then there are the rabbits and wallabies, often in pestiferous numbers. They love improved pastures. Rabbits are poisoned, shot, trapped and deliberately infected with viruses, but wallabies are widely protected.

Dingoes and feral dogs are a lethal threat to outback sheep, calves and goats, and endanger children on Fraser Island, around Uluru and in other ‘protected’ places. Some dogs are protected, some not.

Sharks and crocodiles are increasingly numerous, bold and dangerous in coastal waters and estuaries. They have few predators, but hunting them is not allowed.

Feral cats, dogs, pigs, foxes and deer infest national parks and harass park neighbours, but hunters are locked out and no government sharp-shooters are sent.

In other places, towns and orchards are besieged by invasions of smelly, noisy, messy, disease-carrying flying foxes but it is these bats, not the people, which are protected. For example, see here how one Australian town is besieged by untouchable fruit bats.

As a kid, I saw how locals handled a flying fox invasion. A very large colony of the noisy stinkers took up residence in trees along the Condamine River and ventured out every night to raid orchards, carpet bombing as they left. The landowner (my brother-in-law) invited all neighbours with shotguns to join a shoot. The local sports store owner, Alf Dempster, provided shotgun shells, and at a signal, the farmers started blazing away. They kept it up until the swirling cloud of flying foxes left, and never came back (not many foxes were killed – it was the rolling thunder of noise that moved them.)

Possum stew was once valued by aboriginals and early settlers, and this kept numbers down. Now possums are protected and free to make nuisances of themselves in suburban ceilings and gardens. Government nannies say you may relocate them but no further than 25m, so they are back in a day. There is racial discrimination in hunting rights – turtles, dugongs, wombats and other species are ‘protected’ but not from aboriginal hunters – maybe they can put possum back on the menu?

Every species needs a predator. Why is it that camels, brumbies, buffalo and wild donkeys are pests to be shot by government sharpshooters but many other pests are protected by the same officialdom?

It makes sense if pests can be harvested, not just wasted. Governments should remove all obstacles to wild animal mustering, harvesting, hunting or trapping. (Ross Garnaut thinks graziers should replace sheep and cattle with kangaroos to help stop global warming – he should stick to economics.)

Landowners should be free to pay bounties or sell licences for hunters, mobile butchers, zoo trappers and tourist safaris on their properties.

All national parks, forests and reserves should also be opened to responsible hunters or catchers to reduce the populations of camels, cats, pigs, dogs, brumbies and deer. This would be a lot more effective and less expensive for tax payers than government-funded aerial sharpshooters.