NewsPaperthe art of publishing
HomeNewsA rebel without a Claus
12

A rebel without a Claus 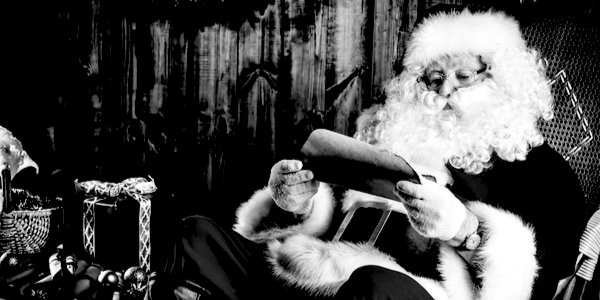 I WAS amused to see the story of the Italian bishop who told children that Santa Claus didn’t exist – and, in the face of parents’ fury, had to issue an apology.

Bishop Antonio Stagliano also revealed to the youngsters that the red costume worn by Father Christmas was created by Coca-Cola for publicity.

He was right about that. The fizzy drinks firm’s adverts from the early 1930s onwards built the now universal image of Santa as a cheerful, white-bearded, ruddy-cheeked, ho-ho-hoer.

However, there was a swift ecclesiastical reverse ferret about the bishop’s cancelling of Father Christmas. The Reverend Alessandro Paolino, communications director for the bishop’s diocese of Noto in Sicily, wrote on the diocesan Facebook page: ‘On behalf of the bishop, I express my sorrow for this declaration, which has created disappointment in the little ones, and want to specify that Monsignor Stagliano’s intentions were quite different.

‘We certainly must not demolish the imagination of children, but draw good examples from it that are positive for life. So Santa Claus is an effective image to convey the importance of giving, generosity, sharing.

‘But when this image loses its meaning, you see Santa Claus aka consumerism, the desire to own, buy, buy and buy again, then you have to revalue it by giving it a new meaning.’

I must say I was surprised at the Catholic Church taking such a wimpish stand. I doubt it would have done so before the current age of wokery, which most Christian churches seem to have embraced.

As I remember from my fire-and-brimstone Catholic schooling, belief in the existence of Santa – even as a symbol – was never encouraged by our teachers or priests. At that time the Church was still red-hot in condemnation of any suggestion of sorcery, necromancy, witchcraft, black magic and the rest.

Not that Father Christmas exactly came into those categories, but could you be sure Rudolph was pulling that sleigh along the flightpath of righteousness?

Again, I can only go by my own recollections, which may be going awry in my old age. But there were very few children above the age of six or seven round our way – Catholic or otherwise – who really believed in a bloke who flies round the world in one night and climbs down your chimney when you’re asleep. Those who thought he existed would frequently face derision.

I became a Santa-sceptic at the age of five or six when, half-awake, I saw Mum surreptitiously slipping presents into the pillowcase I had hung on the bedpost. It confirmed my earlier suspicions after I noticed that our firegrate was way too narrow for anyone to squeeze through it – especially a bloater like Santa.

As I said, the Catholic defence of Santa may just be part of conforming to the new gospel of wokery. But I wonder if it stems also from the realisation that the Church is asking people to believe in what atheists would argue is another non-existent character – God?

I just want to add that, contrary to the impression I may have given, I had a wonderful, happy childhood. And I must confess, my own children believed in Father Christmas with no discouragement from me.

Anyhow, I’m sorry to be an old Grinch on this subject, especially with all the misery and confusion we’re already facing this winter. But I can still only sympathise with poor old Bishop Stagliano, who’s obviously been put firmly in his place for telling a truth that dare not speak its name.

I wonder if, once he’s worn sackcloth and ashes for a while, he won’t be given back his priestly vestments but will be compulsorily kitted out with a white beard, red cloak and a sack of presents?