NewsPaperthe art of publishing
HomeNewsA Salute to the Unknown Cleaner
0

A Salute to the Unknown Cleaner 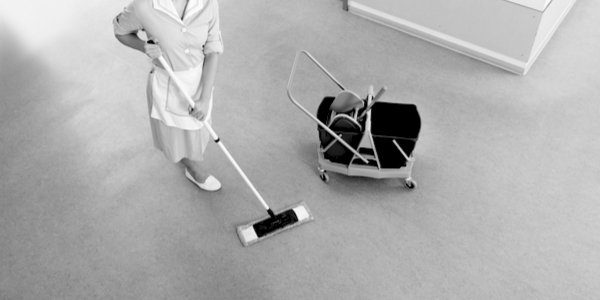 Did you feel a pang of guilt when you saw the picture of a cleaning lady being forced to wipe the chalked message ‘Happy International Women’s Day’ from the steps of an Oxford college?

Dr Sophie Smith, associate professor of political theory at University College, tweeted: ‘Can you please make sure that the woman asked to remove the message receives a heartfelt apology, a warm cup of tea, the rest of the day off and, along with all our precarious (sic) staff, good enough pay to live in this city.’

Well sorry, Sophe, but as Aggie and Kim say, fine words wash no skirting boards. There is only one way to atone for this crime against humanity, and that is to erect a permanent memorial to the anonymous charperson, whose face was obscured in the photograph. It will be named the Statue of the Unknown Cleaner.

The unveiling ceremony will be carried out by surviving relatives of the late lamented Ann George (1903-1989), who played domestic help Amy Turtle in the teatime ITV soap opera Crossroads. Katherine Jenkins will give a rendition of the George Formby classic When I’m Cleaning Windows, accompanied by Julian Bream on ukulele and the Royal Philharmonic Orchestra.

This will of course happen on April 27, feast day of Saint Zita, patron saint of maids and domestic servants. Henceforth to be known as Dishcloth Day, it will be publicly observed by wearing badges showing two crossed brooms with bucket rampant, on sale from the usual outlets. All proceeds will go to the Hilda Ogden home for distressed detergent-wielders.

Employers will by law be compelled to wrap a scarf around their heads, glue a cigarette to their bottom lip and clean the lavatories, while the regular cleaners recline in the boardroom with their feet on the table and are paid double time and a half.

Crowds of feminists will gather around the plinth to chalk their own messages of solidarity on the steps. After an appropriate period of silence, these will be licked clean by men.