NewsPaperthe art of publishing
HomeNewsA sensible view on the gender gap? Slap that man down!
55

A sensible view on the gender gap? Slap that man down! 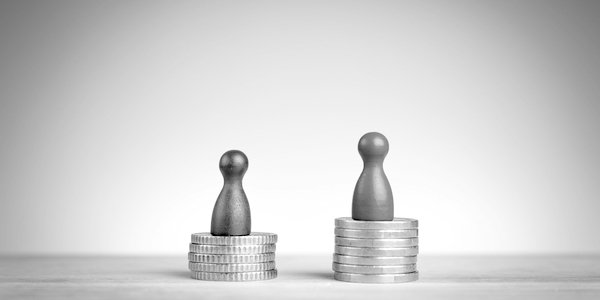 Unlikely though it might seem, a Liberal Democrat politician has just been caught saying something eminently sensible. The maverick truth-teller is not a Westminster MP – that would be too much to hope for – but Newcastle City Council member Robin Ashby. During a discussion of the council’s gender pay differentials, Councillor Ashby gave a speech which included the dissenting opinion that ‘there is no glass ceiling except for individual ambition’ – a heresy for which he has been placed in the political stocks.

For critiques of the so-called gender pay gap, please see Kathy Gyngell’s latest withering assessment or refer to the valiant Kate Andrews from the Institute of Economic Affairs who, as she recently toured various TV studios attempting to bring perspective to an often infantile debate, must have felt as though she were the only grown-up in attendance.

Of course, this matter is not helped when our hapless Prime Minister, whose lack of intellectual ballast leaves her grabbing at any passing politically correct nostrum, blithely describes gender pay differentials as ‘burning injustice’. Only Theresa May knows whether her spouting of this guff is, as Andrew Cadman recently argued, a cynical attempt to garner the votes of those exercised by the subject; if so, it is a strategy surely doomed to failure. The even more alarming possibility is that she believes her nonsensical rhetoric. Presumably May has in mind ‘burning injustice’ such as the overall disparity within companies such as Ryanair and Easyjet, forced by the pay audit to reveal that their overwhelmingly male pilots are, er, more highly rewarded than the predominantly female cabin crew. Well, I’ll go to the foot of our stairs.

No one seriously claims that male pilots enjoy a better deal than the small number of women in the same role; neither is it the case that men are being preferentially hired for the cockpit while qualified female pilots are consigned to demonstrating lifejackets and flogging scratchcards. Therefore, the only vaguely meaningful question raised by the airlines’ mandatory reporting is why relatively few women choose to qualify as pilots – an exemplar of what rogue LibDem Robin Ashby had in mind when rhetorically he asked: ‘Why aren’t women aspiring to do these kind of jobs? Some are and some aren’t. Surely it is a matter of choice in their hands?’

Ashby’s words are of course a statement of the blindingly obvious, though the blinkered reaction was predictably unhinged: according to the Newcastle Chronicle, the ruling Labour group described Ashby’s views as ‘an absolute damn disgrace’. Crikey – not just any old disgrace, but an ‘absolute damn disgrace’. Individual councillors also piled in, with Labour’s Kim McGuinness managing to tweet an indignant ‘How dare he?!’ while she desperately reached for the smelling salts.

How dare he?! I’d love to know what Councillor Ashby thinks gives him the right or experience to publicly preach to women about ambition, equality or the glass ceiling. How dare he simply ignore and discount the realities, the facts and the experiences of women? https://t.co/cW4OCrjVmR

Political opponents confecting opportunistic outrage is to be expected; however, the range of acceptable political opinion is now so narrow that even Ashby’s own side could not acknowledge his right to a contrary view. LibDem leader Anita Lower sought to extinguish the outbreak of independent thought within her ranks thus: ‘We believe the challenge [of equal pay] has much more to do with lack of opportunities than lack of ambition, and I have asked Councillor Ashby to make this clearer in any future comments on this issue.’ In other words, ordered to desist from his revolutionary act of truth-telling and instead to reinforce the universal deceit.

Interestingly, the pitchfork-wielders seem oblivious to Newcastle Council’s own pay audit, which reveals women already constitute a large majority (57 per cent) of its top quartile earners – clear evidence, one might think, that in the words of Robin Ashby, ‘there is nothing to stop any woman reaching any level that she wants to go to if she has the talent and is prepared to work hard enough’.

Yet despite its own website conceding that ‘women in the top 25 per cent of jobs at the council are paid more than men’, according to hidebound Labour leader and mob spokesman Nick Forbes: ‘Jaws dropped . . . it is shocking to hear someone suggest, with no shame, that women are to blame for the gender pay gap . . . dinosaur-like chauvinistic attitude . . . he should apologise at the very least.’

To his credit, so far the sacrilegious Robin Ashby has yet to beg forgiveness and has not made a repenting apology; instead, he dismissed the accusation that he was ‘blaming women’ as being ‘a figment of imaginations’. Rather like the gender pay gap itself.