A short stretch in the cult of yoga 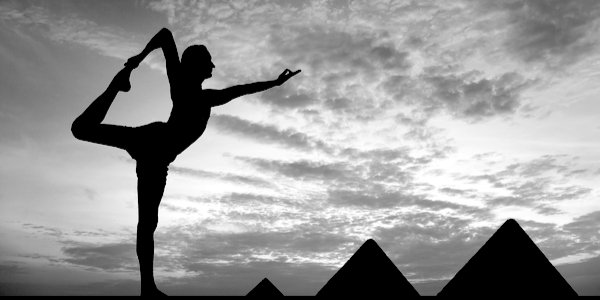 I WANT to focus on the new age phenomenon involving an obsession with the self, such as mindfulness practices, meditation and yoga.

In the fitness world, trends come and go. In the 90s, Pilates was everywhere and now seems that everyone has tried yoga. Travellers strike pretentious yoga poses in front of landmarks.

But there’s an extra dimension to yoga and when the subject of religion comes up, do not be surprised if practitioners say, ‘Oh, I’m not religious but I am spiritual.’

In university, I had a few (American) football friends who swore by yoga as helping them stretch and improve their flexibility on the football field. I also had a few friends with sedentary office jobs who maintained an excellent physique by going to yoga. As a curious person who loves playing devil’s advocate, I decided to give yoga the benefit of the doubt and immerse myself into the culture for at least a month. As a Catholic, I was fully aware that the Bible is clear on such a venture: ‘Do not be yoked together with unbelievers. For what do righteousness and wickedness have in common? Or what fellowship can light have with darkness? What harmony is there between Christ and Belial? What does a believer have in common with an unbeliever? What agreement is there between the temple of God and idols?’ (2 Corinthians 6:14–18 NIV).

What was initially apparent was the size of the industry behind yoga, and the pressure to look the part. The yoga industry seems to focus on selling classes and retreats, encouraging elite cliques, sales of merchandise (eg £100 yoga pants). I do not doubt the people behind the yoga communities mean well but it is hardly an altruistic industry.

Next, I found myself awkwardly trying to understand the religion or spirituality behind yoga. On the one hand, the teacher was chanting things that are apparently from the Vedas. These are ancient Sanskrit texts composing of the Rig-Veda (1028 hymns divided into ten books or mandalas), Sama-Veda (chanting), Yajur-Veda (ritual and sacrifices) and Atharva-Veda (charms and magical incantations). The Vedas forms the basis for Hinduism and there appear to be some elemental involvements (eg moon, sun, etc). Many classmates did not seem aware of these facts.

What did I find funny enough to stifle a laugh when I saw it in the yoga class? Buddhist statues everywhere. Ironically, according to Nandan and Jangubhair, authors of a comparative study between Hinduism and Buddhism, ‘Buddhists do not believe in the Vedas or for that matter any Hindu scripture.’

So, it appears yoga has its own philosophy borrowing from the Vedas (Hindu scriptures) and borrowing the likeness and some Buddhist philosophy as well. Yoga is starting to sound like a mixture of philosophies, a pseudo-spirituality that preaches about no judgement and things such as karma: an Eastern philosophy fruit salad if you will.

As I went through my classes, I questioned if people even knew what they were chanting or if they were just going through the motions. I did not join in because as a Catholic, I’m not about to chant or pray to pagan gods.

My understanding is that yoga emphasises exercise, worshipping via postures to the Hindu gods and emptying the mind (to be filled with what? I am uncertain but have my suspicions).

Yoga appears to be where modern folks go instead of Church. Attending yoga retreats to celebrate solstices and full moons, saluting the sun: it all serves to fulfil the desperate search for meaning and enlightenment when traditional values and religion are under attack. The yoga cult tends to strike after young people in their 20s (and sadly maybe even 30s) recognise that their hedonistic lifestyles of drinking to excess, clubbing, the hook-up culture and their adolescent irresponsibility are devoid of meaning, and the yoga community seems to provide this meaning.

People see celebrity posts on yoga, sexy poses and how rich some celebrity yogis have become, and they are sucked into the illusion that yoga is the answer. Hollywood frequently showcases characters who have lost their way or hit rock bottom, then they go to a yoga class or retreat and suddenly everything has changed! A perfect example is in the TV show Mad Men, inexplicably on for several seasons, featuring a despicable character and his liaisons in 1960s America. The series ends with him at a yoga retreat and he is forgiven all of the past seasons’ extramarital affairs! Incredible!

When suckered into the yoga community, participants often experience a desire to abandon all worldly possessions, consumerism and capitalist behaviours. Thus, yoga serves as an introduction or gateway into tarot, reiki, crystals, psychics and mediums, and contemporary occultism. Eventually, in the extreme, you will end up a vegan, eating twigs and berries, burning sage, talking about being ‘present’ and ‘grounded’ and chanting the gurus’ teachings while beating a Buddhist gong. You may even end up living in a van or commune and refusing to shave or wear a bra! Enter the Left-wing agenda to form radical feminists and gender crusaders. Then yoga begins to serve as a way of killing any religiosity one may have by replacing it with an obsession with self. It becomes all about your soul-changing journey and your truths, and there is a yoga community to reinforce these beliefs.

Some say they eventually come to the conclusion that there is no being more divine than themselves. They become spiritual alcoholics drunk on yoga. Joseph Magnus Frangipani, who experienced yoga before converting to Christianity, has written: ‘I saw so many people – some friends, many strangers – seeking the dissolution of self. They had an insatiable desire to lose themselves, not in the life and light of God but in the darkness of the void, in a separation from the Love Who Transcends Everything.’ You can read his excellent article on yoga and its destructive forces here.

So, what conclusion did I draw from my yoga studies? I think youth today could replace their hedonistic lifestyles by finding religion, meaning and purpose. A perfect example of youth searching for meaning is the huge following for inspirational (and rational) role models such as Jordan Peterson. He expresses that it isn’t about you, which is contrary to yoga teachings and may be shocking to some young people whose parents have catered to them their entire lives. Many young adults have never heard enlivening speeches on humility or on adhering to a proper ideology and such a no-nonsense ‘Quit-being-arrogant-and-criticising-everything-and-you-are-not-special-now-find-your-purpose-and-get-going’ rubric that Jordan Peterson preaches.

Although I do not recommend yoga, I did like the stretching and exercise so perhaps I could find an old Pilates video at the bottom of the discount bin at the department store.