A slap in the face for common sense 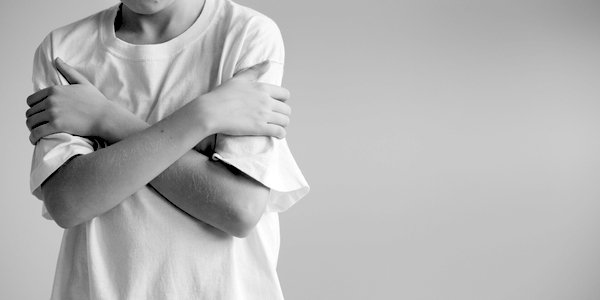 A debate has been raging in Wales that will have passed many by. Virtue-signalling politicians are seeking to change the law on smacking.

Currently parents in Wales are allowed to ‘reasonably chastise’ their children. This means in practice that a gentle smack or lifting a screaming child from the floor is legal. The current law was tightened by Tony Blair’s government and calls to change it further were rejected in Wales in 2015. Now the First Minister has U-turned and made a commitment to ban smacking. He intends to do this by removing the defence of ‘reasonable chastisement’.

Labour Assembly Members say outlawing smacking will cut abuse and lead to better parenting, before adding that the measure is not about criminalising loving parents. These arguments are simply not supported by the available evidence. The move is an unprecedented power grab by the state which will treat the relationship of parent and child like that of two strangers. Let me explain.

Those advocating this change in the law often cite New Zealand as a country with a similar legal system to our own which banned smacking several years ago (2007). They say it has not criminalised parents.

But this is contradicted by the facts. A recent report by public law specialist Chen Palmer concluded that the politicians who repeatedly claimed changing the rules would not criminalise parents were simply wrong in law and their statements were ‘inconsistent with the legal effect of section 59 and the application of that section in practice’.

It went on: ‘The amendments to section 59 have criminalised parents who smack their children, even if only lightly, for the purposes of correction.’

During the first five years of the New Zealand ban police carried out 578 investigations.

The findings of this New Zealand report are further strengthened by some troubling Freedom of Information requests obtained by the Be Reasonable Wales campaign. It asked Welsh NHS trusts what effect changing the law would have on them and their staff. Turns out they’ll treat their staff like child abusers.

Cwm Taf University Health Board stated: ‘It is already a statutory duty to report child protection concerns to the local authority and if the defence of reasonable chastisement is removed, smacking will become one of those concerns. All allegations of abuse or neglect are investigated by the Local Authority and the Police. The UHB has a duty to co-operate with those investigations.’

This policy appears even more bizarre when set in the context of what changing the law actually means. Former Children’s Minister Leighton Andrews revealed that abolishing the reasonable chastisement defence could criminalise other normal interactions with children, such as a parent who forcibly lifts a misbehaving child from the floor of a shop and places them in a trolley seat. Under the amended law such an action could be treated as assault.

The difference between abuse and ordinary parental smacking is so clear there has not been a single case of a parent using reasonable chastisement as a defence in Wales in nearly a decade. Changing the law will introduce vast and unnecessary confusion.

But the criminalisation of parents, and the failure to demonstrate any public benefit, is not the only reason why we should all be worried about this policy.

In a separate development, policy differences between London and Cardiff are fuelling calls for greater devolution. Indeed the Wales and Chester Circuit, which comprises almost 300 barristers, has recently called for exactly that.

In a submission to the Commission on Justice in Wales, it said that given the current settlement, increasing divergence in the criminal law was inevitable, with the opportunity for the Assembly to create or modify offences.

In particular it highlighted the absurdity which would be created if the Welsh Government pressed ahead with the smacking ban. This would mean the same legal jurisdiction would have to deal with two opposing legal positions depending on whether the smack happened in England or Wales. A Welsh family on a day trip to Chester could find themselves in a legal no-man’s land if mum taps little Rhys on the hand for being naughty. For this reason the lawyers backed devolving criminal and civil justice matters to Cardiff, ripping up 800 years of historic alignment.

Conservatives in Wales must oppose these changes, but as a party we must also rediscover our historic view on the role of State.

Beyond Brexit, we need to reinstate that uniquely Conservative tradition of trusting people to make the right decision, protecting free speech and ensuring the State’s worst tendencies to meddle in our private affairs are kept in check in all but a few necessary areas.

If we do not then we will continue to surrender ground to those who despise liberty and see the expansion of the state as the antidote to all our (Tory) ills.