A special kind of poison 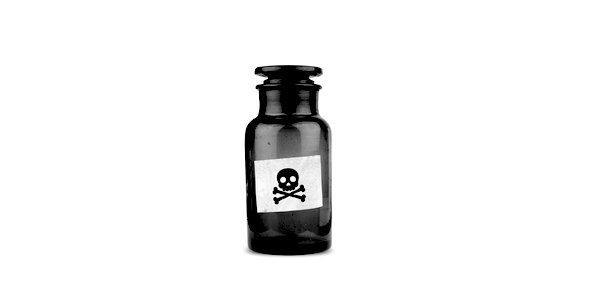 Matthew d’Ancona of the Guardian believes that if you voted to Leave the EU because you were concerned about immigration then you are a bigot. A bigot, plain and simple. So all those Labour voters in the North of England who we know did not vote to get more chlorinated chicken from the US (despite what all the free traders said) are bigots. Big. Bad. Bigots.

I agree with d’Ancona when he says a lot of the Brexit vote was about immigration but of course I don’t agree with his assessment that this makes you a bigot.

He declares: ‘Since there is not a shred of respectable evidence that immigration has had more than a marginal impact upon public service capacity, wage levels or net welfare costs, I am forced to conclude that there is now a sufficiency of Britons who just don’t much like people of foreign extraction, and certainly don’t want many more of them around the place.’

He really believes this. It’s quite the leap to make.

The expansion of our population since 2004 is unprecedented. It grew to an estimated record 65.1million in 2015, increasing by more than half a million in just one year since 2014. And you are not permitted to blink an eye about this. Not one teensy, weensy bit, otherwise they will bring out the BIGOT insult.

Britain has experienced a population increase of over 5million in just over a decade, from 2005 to 2016. The previous 5million took 35 years to achieve, between 1970 and 2005. This is the sharpest increase in the population in 70 years. But you are not allowed ask any questions or demand any answers or vote in a way that will upset the dudes at the Guardian – or else.

In addition to this we are to accept, according to d’Ancona, that this population increase has had no impact on the provision of housing, health or education services because magically the law of supply and demand does not exist any more. It just disappeared along with d’Ancona’s sense of loyalty to his fellow working-class citizens.

But, d’Ancona submits, with no sense of ignorance at all, the following: ‘So often one hears that the British people “were not consulted” about immigration levels. To which the answer is: oh yes you damn well were. Every time you insisted on a properly staffed NHS, on social care that was halfway decent, on a service economy that worked, on affordable decorators, on your Tesco and Amazon deliveries arriving on time. Each time you took that landscape for granted, you were complicit in the immigration policy that preceded the Brexit vote.’

In other words, you Leavers benefited from the imported serf class, so shut the hell up. But perhaps, just perhaps, the people who benefited from the imported serf class are not the same people who voted to Leave? Do you think that might be possible? Do you think perhaps a British decorator who had a small profitable business for decades saw that he was being undercut by the Polish decorators and decided to vote where his economic interests lie, namely in limiting further immigration from Eastern Europe? Do you think that might just make a little sense before calling him a Big Bad Bigot?

No, that couldn’t be it, according to d’Ancona, he voted that way because he is a bigot. Whereas I, a Guardian journalist who benefits from the Amazon deliveries and all the rest of it, am a superior being because it turns out all the Eastern European immigrants who arrived courtesy of Tony Blair aren’t that great at knocking out poisonous articles for the Guardian, so my job isn’t threatened. It’s a win-win. I keep my job, get to hire cheaper decorators from Eastern Europe, and get to feel morally superior to boot. It’s a sweet deal.

And let’s just take on the NHS and social care point. There is no doubt these services are kept afloat by the hard-working immigrants, because in a socialised health system you need workers who are willing to work for what would be below market rate, and these are often from poorer countries.

However, it is one thing for a country to hire nurses and doctors from a poorer country if they are spare to that country, but there is absolutely nothing moral about stealing nurses, doctors and health care workers from poorer countries if that country cannot spare them. So, don’t feel so smug about your own open borders if in truth that talented Bulgarian doctor in a London A&E has left Bulgaria ‘deepening the crisis in their already dysfunctional health systems’.

Finally, d’Ancona seems a bit upset that economic matters no longer trump all when it comes to political debate and policy, as ‘culture is nudging old-fashioned political economy out of its prime spot’. To which I say – so what?

Are we no longer permitted to have a culture of our own? Have the multi-cultis abolished British culture? And this from the very same people who no doubt travel the world to ‘discover and experience’ other cultures. It seems everyone else’s culture is better than the stinking British and their ‘extremely unpleasant nativism’.

I generally try to avoid imputing motive, something the Left does to the Right all the time, but this time it is unavoidable. Matthew d’Ancona believes many of his fellow Brits are bigots for caring and daring to preserve their own national and cultural heritage. That disdain and hostility to your fellow citizen is a very special kind of poison indeed if even an Irish immigrant can spot it.