A statue to preach the virtues of John Wesley 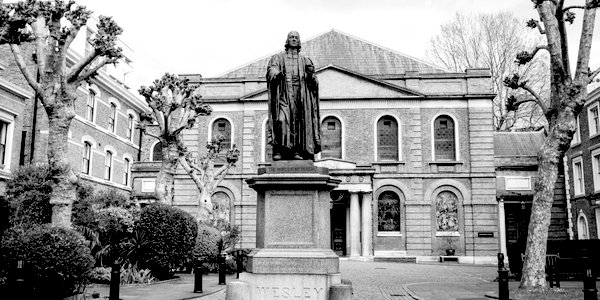 HOW good for young people, and for the country generally, if there were a reminder by means of a prominent national statue, of the ministry of the 18th century preacher John Wesley.

It is of course contrary to the whole spirit of Biblical Christianity to glorify the man, but rather to focus on the God who works powerfully in the man, and so must it be in this instance.

Furthermore, as one sets forth the virtues of Mr Wesley, it is done in the knowledge that he was just one of a notable group of great preachers of his time, not least his own brother, Charles, and the mighty George Whitefield.

The appropriateness of a special national memorial to John Wesley is seen in the similarities between the condition of this nation in the early 18th century and the current crisis facing us. In both cases, the situation is one of having abandoned our Christian foundations.

Britain today is floundering in the quicksands of multiculturalism and secular liberalism, creeds which desire to remove from national life all prominent vestiges of a distinctly Christian identity, even loathing the very concept of the God-ordained nation-state which controls its borders.

In the early 18th century, the nation was plagued by an epidemic of gin-drinking, and, in terms of the economy, the national debt was crippling.

The clergy were sceptical and worldly, and society generally was characterised by immorality and cruel sports such as cock-fighting. Bribery and corruption were rife in public life. All the social and economic conditions prevalent in France, and which boiled over into the Revolution of 1789, were also present in Britain.

However, it was Gospel preaching amongst all levels of society, but most notably amongst the labourers pouring into the newly-springing up mines and factories, which prevented this nation from descending into violent and destructive revolution.

The French historian Élie Halévy  wrote in 1912: ‘Why was it that of all the countries of Europe, England has been the most free from revolutions, violent crises and sudden changes? We have sought in vain to ﬁnd the explanation by an analysis of her political institutions and economic organisation.’

Halévy goes on to argue that it was Methodism’s transforming effect upon ordinary working people which made all the difference, and which saved the nation from horrific revolutionary upheaval.

Similarly, the Cambridge historian G M Trevelyan, in his English Social History published in 1942, states that the ‘preaching of the Wesleys and Whitefield … deeply moved a vast mass of human beings hitherto neglected by Church and State  …  (Wesley) began a new chapter in the religious, social and educational history of the working class. The coincidence in time of Wesley and the Industrial Revolution had profound effects … for generations to come’.

So John Wesley is worth commemorating, because his ministry tells us that the way to transform society is to transform the individuals within it, and this can only be effected by preaching the Christian Gospel of salvation from sin.