‘A stroke of luck that the Titanic hit the iceberg’ 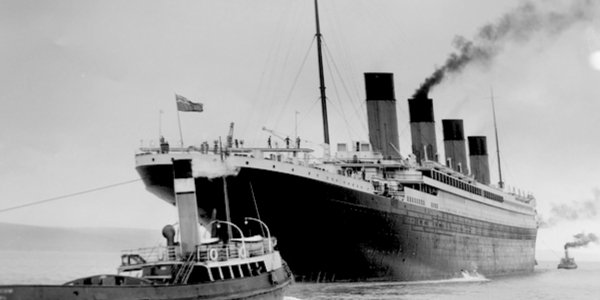 THERE have been many reports of statements by triple-jabbed Covid sufferers similar to the following: ‘Thank goodness I’m triple-vaccinated and always wear a mask. If I’d not had the injections I wouldn’t be here in hospital, I’d be in the mortuary.’ TCW Defending Freedom has collated quotes from historical figures who have been forced to deal with misfortune.

Chinese peasant, 1960: ‘The famine caused by the Great Leap Forward was a relief as my wife’s noodles are only fit for the pangolins.’

Irish farm labourer, 1845: ‘I am sick to death of mashed potatoes! I became quite fond of grass and hay.’

A resident of Los Angeles, 1906: ‘Yes, the earthquake destroyed most of the city but it meant I didn’t have to pick oranges for a week or so.’

Eve, after being cast out of Eden: ‘I have no regrets about eating the forbidden fruit. Life in paradise was becoming very tiresome and those talking snakes were freaking me out. LOL!’

A survivor from Pompeii, AD79: ‘To be honest, the eruption did us a favour. The air quality had been getting worse for years.’

England football supporter, July 2021: ‘The penalty misses in the Euro final against Italy would have been far worse if Neil Warnock had been manager.’

Admiral Horatio Nelson on the deck of HMS Victory, October 21, 1805: ‘They have done for me at last, I am shot through. Let the Admiralty know I wish I’d had the booster.’

A resident of Bethlehem, 2AD: ‘If Herod hadn’t massacred the innocents a couple of years ago the place would now be full of bawling kids.’