A Tale of Three Barbers 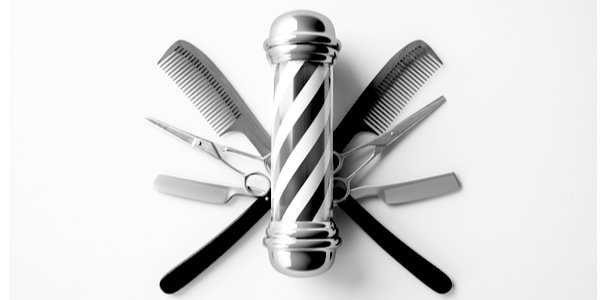 ALTHOUGH it was a nostalgic pleasure for the follicly challenged (ok, near-bald) to grow some hair round the sides during lockdown, with the ‘unlocking’ by our Dear Leader of the condescendingly labelled ‘non-essential businesses’, I joined the massed ranks of barber-shop returnees.

It seemed only fair to restore my custom – to the extent that a ‘Number 4’ head-shave yields much of that – to the tiny premises I had most recently frequented. The proprietor, a squat, middle-aged man from Cairo, set up shop a couple of years ago; only a few weeks before the first lockdown he had overseen a refit, the fruits of hard work and steady growth. I knew him as a competent performer with a striking technique for removing ear-hair. This was far from a pain-free procedure, entailing vigorous twanging of an elastic band against the ear-drum, sometimes – when he was on a roll – to the hypnotic rhythm of Egyptian music wafting from his radio. However, its effectiveness, augmented by the shop’s brooding canine presence, suppressed thoughts of complaint.

Anticipating long queues, I waited a fortnight before visiting my old haunt. The strategising was in vain. Gone was all ‘salon’ signage, ambitious though the word had been for a place of such modest dimensions. Bereft, in fact, was the property of any trace of its former proprietor – a self-employed businessman for whom furlough payments presumably came too late, or, as for many, not at all. I heard soon afterwards that he and his wife had separated, and mused on whether financial strife played its part. When does the BBC plan to interview him about lockdown efficacy?

Saddened but not altogether surprised, I headed to another establishment known to me. The proprietor I remembered as a voluble cheeky chappie type. In truth I had sought pastures new – at no great loss to him – owing to his constant banter, but I admired his go-getting business attitude. Peering through the window I was relieved to find no waiting customers; merely two occupied barbershop chairs with staff members attending. Stepping through the door I was immediately approached by the owner. My heart sank – he was sporting that ultimate symbol of Covid compliance, the full visor. The self-confident man I knew might have considered donning this contraption as a would-be welder at a fancy-dress party (providing it didn’t hinder his drink consumption). If you’d suggested that he cut customers’ hair in it he would have laughed you out of his shop.

But, reprogrammed by a year of Covid propaganda, the assured, even slightly arrogant, air had been supplanted by nervous caution, verbal as well as visual. ‘Have you made a booking, sir?’ he asked apprehensively. ‘I’m afraid that due to Government guidelines you need to make a booking.’ The absurdity of turning away a client from a near-empty shop was lost on him as he earnestly advised me to schedule an appointment online. I vaguely vowed to do so, chastising myself for not communicating dismay, for not jolting him with word or gesture out of his ill-becoming conformity.

Before departing, I asked how much he would charge for a Number 4. Even for a lockdown sceptic like me, his reply ascended new heights of comedy, mingled, as so often, with tragedy. ‘I’m afraid that due to Government guidelines we will have to wash your hair, sir. This means you will have to pay the full price of £15.’ I’m sure he sincerely believed this rule was operative, and it may well be, though I have yet to establish it. The point is, our reframed entrepreneur was neither embarrassed by nor apologetic about his ludicrous words. Not an iota of scepticism, much less contempt, for a government which had imperilled his livelihood and which continues to hold a sword of Damocles above his head.

A few minutes later and I had found a walk-in salon. Masks, yes, and a signing-in book, but no hair-wash, no pack-drill, and £9 for a you-know-what. So far, so good, until the 50-ish female stylist’s ‘So, have you had your vaccine?’ posed in chirpy tone brooking only one answer. Still annoyed with myself for my phlegmatic response to visor-man, I decided to atone with a polite but adamant ‘No, I’m not taking it’, disregarding the stony silence which would probably ensue. Not a bit of it. After a momentary pause, ‘I’m on the same page as you’, she declared, in newly modulated voice. A chummy, note-swapping chat unfolded, and my faith in the common sense of the British hairdressing fraternity was stabilised, if not fully restored. As for my unexpectedly long locks, I bade them a fond farewell – and scorned the lunacy that nurtured them.