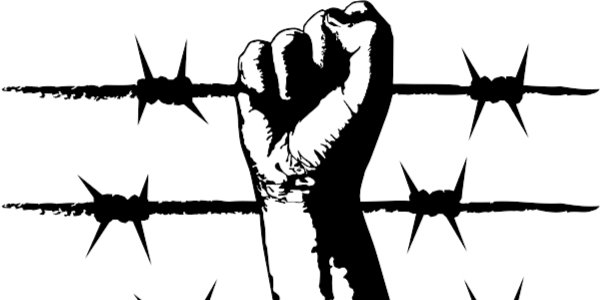 ALEXANDER Solzhenitsyn’s The Gulag Archipelago is a history of the Soviet concentration camp and prison system and the millions of people it tortured, crushed and murdered. It is one of the most powerful books of the twentieth century, widely seen as a masterpiece.

The original three volumes totalling eighteen hundred pages are more than worth reading in full but for those who might find that daunting, this edition abridged by Edward J Ericsson compresses the book to a more manageable five hundred and forty. It includes a foreword by Jordan Peterson.

This is not just a conventional history. Solzhenitsyn imaginatively conceives of the system as a vast archipelago with each camp or prison as an island, part of a foreign and mysterious country. A half-hidden land existing parallel to the Soviet Union, out of sight and barely acknowledged. Starting from his own experiences as a prisoner, Solzhenitsyn explores the archipelago: its history, culture, laws and inhabitants; divided into tribes by their beliefs, nationalities, type of crime, (real or imagined) or the wave of persecution that snared them. A world of unbelievable harshness, where vast numbers died; broken by exhaustion, malnutrition and neglect or deliberately murdered.

We will probably never have a final and accurate number of those sucked into the Gulag system. ‘Gulag’ being the ugly Russian acronym for ‘Main Administration of Corrective Labour Camps.’ It’s enough to know that over the span of Communist rule the total was in tens of millions. And the death toll was horrific. In the worst periods, some camps had an annual death rate of over eighty per cent among those condemned to general labour. As Solzhenitsyn wryly points out, unlike the Nazis, the Soviets could never be accused of using gas chambers. They didn’t need them.

Solzhenitsyn shows how such savagery was central to the Communist regime from its very beginning. The old claim that tyranny arose only because the revolution had been betrayed by Stalin and his henchmen is a simple lie.

Whatever Lenin’s apologists might think; the dingy sects of Trotskyists and the naïve idealists with adolescent ideas of revolution, Bolshevism was never an attempt to bring happiness to the masses. It was a conspiracy of maniacs to gain power for themselves. Something that many, like Dostoevsky had predicted decades before. As Orwell later said: ‘One does not establish a dictatorship to safeguard a revolution, one makes a revolution to establish a dictatorship.’

There were internal oppositionists, who struggled within the party to prevent Stalin’s ascendancy, but there is little reason to suppose they represented anything less brutal. They simply wanted to achieve dominance for their own factions. They were happy enough participating in the regime’s crimes before their own purging. Their eventual destruction by Stalin was perhaps simple poetic justice.

As Peterson remarks in his foreword, the crimes of the Bolsheviks stemmed not from ‘a failure to put the stellar and admirable utopian principles of Marx into practice’, but were a ‘direct causal consequence of the philosophy driving the Communist system’. Marxism was never ‘moral by definition, virtuous by fiat’. It rested on hatred and the love of power. The florid claims of universal brotherhood meant nothing.

Solzhenitsyn describes how poisonous power can be, especially for those with no faith in anything higher than humanity. It is a strong intoxicant with no antidote. And when coupled with ideology, it lets humans justify to themselves almost any act of wickedness and see it through whatever the consequences for ‘ideology gives the evil doer steadfastness and determination.’

Ideology absolved the Bolsheviks from outdated ‘bourgeois’ morality. It let them obliterate huge numbers of people, not on the basis of personal guilt (real or imagined) but simply to fulfil administrative quotas. Murder and enslavement became a planning target. A given number of victims to be rounded up by each sub-division of the secret police. At least the Nazis made sure that those they persecuted genuinely belonged to groups they categorised as enemies. But like the Aztecs propitiating their gods with a constant flow of sacrifices, the machinery of the Communist state needed the lubrication of human souls. Who those souls belonged to often had no relevance.

Never mind whether a district actually contained a specific number of counter-revolutionaries; or even any. If higher authority needed a certain number to be arrested, that number would be found and guilty or not, fed through the meat grinder. Individual guilt meant nothing. Neither did loyalty.

From the highest levels of leadership, to the most petty minor officials, no one, however how strong their devotion to the party, was safe from being declared an enemy and arrested. Solzhenitsyn gives these ‘loyalists’ a chapter to themselves. Orthodox Communists squirming and grovelling their way through imprisonment, even when about to face the executioner. Desperate to show their continued love for Stalin or their Leninist virtue. It often did them little good.

Those chosen for destruction, the ‘enemies of the people’, were condemned in the most lurid way. Once arrested, your crime would be exaggerated beyond reason. The most insignificant act portrayed as a terrible threat. When the interrogators got to work on a victim, a workman’s minor mistake became an act of major industrial sabotage; a whispered joke to a colleague, an assassination plot.

Solzhenitsyn gives example after example of insignificant obscure prisoners admitting to monstrous conspiracies or participation in fantastical outrages – things no one could ever be expected to believe. When a government humiliates people by making them pretend to believe outlandish lies a six-year-old could see through; when it disregards not just truth, but plausibility, there is no greater demonstration of its power or of its contempt for its subjects.

Here was a regime which treated its own population as an enemy; so destructive it consumed its own ranks in a bizarre political cannibalism. And in much of the West, this terrible tragedy that ended within living memory, that swallowed up the lives of millions upon millions of people, is still barely known. Most educated westerners will at least have heard of Auschwitz or Treblinka, but few will have heard of Vorkuta or Kolyma. We know who Himmler was, but I doubt that one in thousand knows the names of Soviet monsters such as Dzherzhinsky or Yezhov. It will only compound the tragedy if we let this all be forgotten.