A walk on the rewild side in Clogthorpe 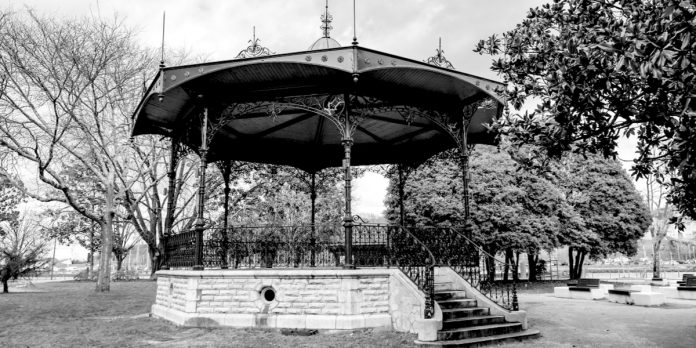 Clogthorpe District Council was the comic creation of the brilliant Keith Waterhouse in his Daily Mail column from 1988 to 2009. The genius of the original can never be matched. But in humble tribute to Waterhouse, we report today on how there’s trouble afoot from the call of the wild …

A MEETING of Clogthorpe District Council’s Ways & Means Committee was convened last night on the bandstand at Clogthorpe Community Park.

Apologising for the change in venue, especially in brass monkey weather like this, Cllr Bulge (Chair), said Cllr Ms Roz had insisted they gather outdoors to launch her rewilding initiative. And no, he had no idea what the bloody hell she was on about.

Cllr Ms Roz said she had invoked the al fresco format to inspire members with Nature’s grandeur as they gazed on the green vista of the park across to the sylvan slopes of Clogthorpe Fell.

Intervening, Cllr Cradgewick asked what green bloody vista would that be, then? All he could see was that big patch of scorched grass where Clogthorpe Ratepayers Confederation had burned Cllr Bulge (Chair) in effigy last year over the community surcharge for the Civic Dinner. And who was this Al Fresco when he was at home? One of Cllr Ms Roz’s arty-farty, foreign feller-me-lad friends, he’d warrant.

Cllr Eckerslike proposed that Committee adjourn at once to the beer garden of the Snivelling Coalman, where Arnold the landlord had just got one of them new-fangled patio heaters. They’d still be outdoors, but warm, and if Cllr Ms Roz wanted a green vista, she need look no further than the cabbages and sprouts in the allotments next door to the pub.

Cllr Elland seconded a move to the Coalman, saying his lumbago was giving him gip. But he added that when he had called there earlier for a medicinal snifter, the patio heater was being blockaded inside Arnold’s shed by Extinction Rebellion protesters, who claimed such devices were melting the polar ice caps.

Cllr Ms Roz said if Cllrs Eckerslike and Elland would stop bellyaching and let her get on with it, she could report that 43 councils in England, Scotland and Wales were now launching rewilding projects and it was high time the name of Clogthorpe was added to that laudable list.

Opining that it would knock both Yellowstone and Yosemite parks into a cocked hat, she (Cllr Ms Roz) said a visitor centre would also be built at the bottom of the Fell on the site of the derelict Furtelwinker’s Mechanically-Recovered Meat Manufactory.

Asking her (Cllr Ms Roz) to hang on a bloody minute, Cllr Potter said let him get this straight. If she (Cllr Ms Roz) was going to have wildcats gallivanting all over the place, that would be the chicken coop in his backyard gone for a Burton. As for peregrine falcons and the like swooping here, there and everywhere, well, that would put the kibosh on Clogthorpe Racing Pigeon Club.

This was another airy-bloody-fairy idea from the chattering classes of Clogthorpe Heights and as far as he (Cllr Potter) was concerned, the privet hedge that had recently been planted along the boundary of Clogthorpe Community Park was enough re-bloody-wilding to be going on with.

Through the Chair (Cllr Bulge), Cllr Parkin asked Cllr Ms Roz if Clogthorpe Wilderness Wonderland would be like that film, Jurassic Park?

Cllr Ms Roz said there would be no dinosaurs (unless Cllr Nepworth cared to move there), but there would be a prehistoric-style ambience and she for one would love to roam free in such a natural environment.

On a point of information, Cllr Nepworth asked Cllr Ms Roz if, when venturing into the Wilderness Wonderland, she would be wearing a bikini made out of mammoth fur, like that buxom Raquel Welch lass in One Million Years BC? If so, then by heck, that would be a sight to see and he (Cllr Nepworth) would be first to vote for the project.

Resolved (Cllr Ms Roz dissenting): That Cllr Ms Roz desist from threatening Cllr Nepworth with violence and Committee adjourn to the snug of the Snivelling Coalman until the eco-nutters go home for their tea and Arnold can get the patio heater out.

Share
Facebook
Twitter
WhatsApp
Email
Previous articleThat Reminds Me: Howling over a Greek dog
Next articleVaccine versus natural immunity … a Covid study our politicians must not ignore