A week of Jew-baiting and Israel-bashing in Londonistan 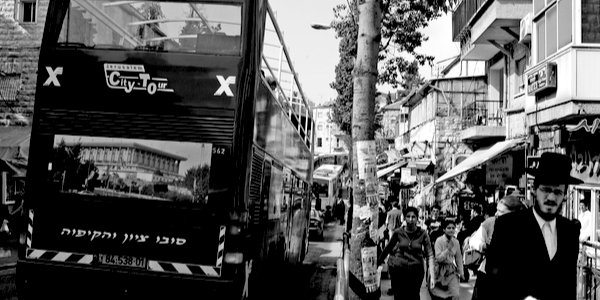 This article, first published in the Jerusalem Post is reprinted here with the kind permission of Melanie Phillips.

SOMETIMES a chilling reality is illuminated not so much by what someone says but by the laughter that it provokes.

At the Cambridge Union debating society last Sunday, asked why he’d made a point of associating Jews with money, the Malaysian prime minister, Mahathir Mohamad, replied: ‘I have some Jewish friends, very good friends. They are not like the other Jews, that’s why they are my friends.’

At which a great gust of laughter swept across his audience. They thought this swipe at Jewish people was funny.

In London this week, I took part in an Intelligence Squared debate before a hostile audience of 950 in which the former Israeli MK Einat Wilf and I were proposing that anti-Zionism was antisemitism.

When I observed that the Israelis go to unique lengths to avoid killing civilians in war and that the ratio of civilians to fighters whose deaths they cause is at least three or four times better than in any other country, the audience laughed derisively. When I said Israeli Arabs enjoyed full civil rights, the audience laughed again in disbelief.

It reminded me of the moment on BBC TV’s Question Time in 2001, when I pointed out to a venomous audience that Israel was the only democracy in the Middle East. The audience laughed in scorn.

To be a proud Jew in Britain now is to feel oppressed inside a mirrored universe in which truth and lies have been reversed and what was once thought beyond the pale is now standard discourse.

Mahathir Mohamad has a long record as a virulent antisemite. Bitterly criticised for giving him a platform, the Cambridge Union defended itself by saying the laughter had emanated from Mohamad’s own delegation and critics should watch the whole discussion rather than a clip out of context.

But the whole discussion was much worse. For Mohamad made one antisemitic comment after another with only the most feeble of pushbacks.

He was given a broadly unchallenged opportunity to say this: ‘Not all Jews are bad. I have lot of Jewish friends here in Britain but most support wrong things in Israel . . . The Jews do a lot of wrong things which force us to pass comment . . . I’m waiting for the Jewish people to separate themselves from the deeds of Israelis. If I could I would punish this country which has stolen other people’s land, killed a lot of people, broken international laws.’

He wasn’t challenged on his gross libels against Israel, merely asked whether it was fair to condemn Jews in general for the ‘alleged’ crimes of the Jewish state.

In Mohamad’s mind, the crimes of Israel and the Jews form one seamless robe. That should come as no surprise. Yet many think anti-Zionism and antisemitism are two entirely different ideologies.

Antisemitism is an obsessional hatred based entirely on lies; it accuses the Jews of crimes of which they are not only innocent but the victims; it holds them to standards expected of no one else; it depicts them as a global conspiracy of unique malice and power.

Anti-Zionism has exactly the same characteristics. It singles out the Jewish people alone as having no right to their own ancient homeland and, based on the big lie that the Jews stole the land, writes the Jews uniquely out of their own history.

The associated Israel-bashing demonises, dehumanises and delegitimises Israel in order to bring about its destruction. It does this through a narrative of lies.

Some of these falsehoods were duly trotted out by our opponents in the debate: the Israeli anti-Zionist academic at Exeter University, Ilan Pappé, and the Al Jazeera journalist Mehdi Hasan.

Hasan proved himself to be an unscrupulous demagogue, rousing his Israel-bashing audience to wild support through the brazen tactic of reversing what I had just said. Repeatedly and hysterically, he claimed I was calling all anti-Zionists antisemites.

But this was the very opposite of what I had said. Many who subscribe to anti-Zionism, I said, were not antisemites. Plenty are; but many others subscribe to Israel-bashing lies without realising they are lies.

They believe the lie that the ‘Palestinians’ were the original inhabitants of the land, that Israel is a serial human rights abuser and all the rest of the calumnies. They believe them because they are the default position of the intelligentsia pumped out by the media, most importantly by the BBC, with virtually no public challenge.

Of course, none of this was to any avail. Demagoguery and falsehoods won that debate hands down.

Einat and I had been under no illusions and had known exactly what to expect. Nevertheless, it is lowering to be in the presence of evil. And whipping up an audience with falsehoods in the service of an agenda of hatred and bigotry is evil.

That audience contained a significant number of Muslims. Yet the huge problem of Muslim antisemitism in Britain and Europe is virtually never mentioned in a conspiracy of silence.

The day after the Intelligence Squared event, BBC TV screened a debate between the contenders for the Conservative Party leadership.

This included a video-link call from a member of the public, Imam Abdullah Patel, the deputy head of a primary school in Gloucester. Referring to the effects of ‘Islamophobia’ on his community – and with obvious reference to front-runner Boris Johnson’s previous comment that women who wore the niqab resembled ‘letterboxes’ and ‘bank robbers’ – he asked the candidates if they agreed that ‘words have consequences’.

The following day, however, it emerged that this imam was an antisemite and Israel-basher. Offensive tweets were unearthed, including his remark that ‘Every political figure on the Zionists’ payroll is scaring the world about Corbyn. They don’t like him. He seems best suited to tackle them!’

Once these and similar tweets were revealed, everyone ran for the hills. The imam’s school suspended him. The BBC claimed it hadn’t seen his Twitter account which had been temporarily concealed.

Nevertheless, in the BBC debate the imam’s question had produced a Pavlovian response of cultural cringe. The home secretary, Sajid Javid, committed himself to launching an inquiry into alleged Islamophobia in the Tory Party and bounced his rival contenders into agreeing.

Yet ‘Islamophobia’ is a term invented by the Muslim Brotherhood to silence legitimate discussion of faults in the Islamic world. Those pressing to outlaw Islamophobia in Britain even claim the term Londonistan is ‘racist’.

This term, invented by the French secret service in exasperation at Britain’s refusal in the 1990s to take Islamist extremism seriously, was the title of my own 2006 book on the capitulation of the British establishment to Islamisation – of which the campaign to silence debate as ‘Islamophobic’ is a prime example.

Meanwhile, the truth about Israel provokes derisive laughter – which becomes uproarious when a virulent antisemite trots out his antisemitism. Thus one week in Londonistan.