A whole new way of death 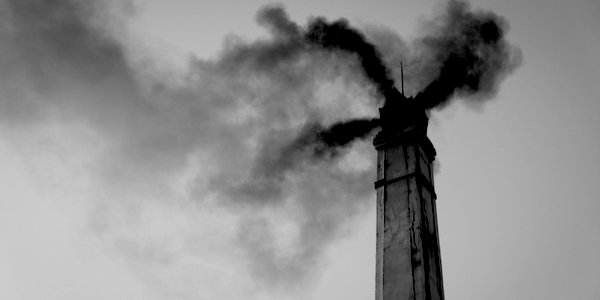 AS THE government prepares for the COP26 summit in Glasgow next month it is becoming increasingly clear that it is unlikely to achieve one of its immediate key targets: to make all UK crematoria carbon neutral by 2025. The policy, which was actively promoted by the Prime Minister’s closest advisers, also faces new challenges in the wake of the covid pandemic.

Historically, the efficient operation of crematoria required energy to be available in a concentrated burst after each ceremony so that a deceased individual (and casing) could be efficiently processed.

Gas, a hydrocarbon, has hitherto been the energy source for cremation furnaces but so-called ‘hot-insert’ electric cremators which run on renewable energy are a recent innovation. Although this new technology allows a greater through-put of six cremations per eight-hour shift, the investment needed entirely to convert existing plant and equipment to electric furnaces combined with their automated, intense heat-tolerant loading biers would far exceed the capacity of local authority budgets.

There is a further problem: even if crematoria could be powered entirely by renewables, there remain emissions from the ‘cadaveric load’ in terms of greenhouse gases for which no offset provision has been made.

Meanwhile, a confidential government briefing paper suggests that under current modelling the pressure on existing resources could easily swamp Britain’s cremation capacity. Academics have calculated that a surge in demand caused by ‘newly expired persons’ is only months away and ascribe this to the pandemic. They include in their calculations suicides attributable to mental health issues in the young, to depression resulting from job losses and family breakdown in the working-age population, to despair and loneliness among the elderly as well as to the untreated terminally ill seeking release.

By far the largest influence, though, is the backlog in GP appointments and referrals and the postponement of treatments in hospital which have had a deleterious effect on the health of an unquantified number of patients denied palliative care while saving the NHS.

The government’s briefing paper is silent on the estimated numbers of compromised prognoses thrown up by the models but it is clear from the broad sweep of options now under review that the population will be degraded to an extent that will likely exceed seasonal mortality figures by an order of magnitude.

The authors are clear that a drastic change is needed in the way that we, as a society, deal with the passing of the departed. A less sentimental and more utilitarian approach to death is required.

A necessary adjunct is the de-coupling of death from superstition and religious belief, and the paper acknowledges that the Church of England has already achieved much to this end and will doubtless continue to promote the secularisation of British society.

It also draws much on the experience of effective and sustained government messaging in obtaining compliance with, and complicity in, unprecedented levels of control and obedience.

The appurtenances of mourning should be decried as selfish, self-indulgent and a threat to the environment while simple slogans such as ‘Say Goodbye • Save the Planet’ should adorn the Prime Minister’s lectern whenever he is addressing the cameras.

As to the practicalities of disposal, the document considers two distinct pathways which could operate in tandem and both of which presuppose that sentimental or religious links have been severed and that friends and relatives relinquish all involvement once the deceased has crossed over the veil to state control.

Under Heading One, the UK would leverage its post-Brexit freedom to recalibrate its landfill regulations. This would offer an attractive option when spikes in demand arising from a seasonal increase in deaths caused by respiratory diseases coincide with a peak in patients finally succumbing to untreated chronic conditions. An inconvenient parallel with medieval charnel pits or mass graves would be countered by a forceful narrative that promotes the facilities as silos of repose over which municipal community gardens might be planted.

Under Heading Two, crematoria would be replaced by re-purposed rendering facilities whose output would be recycled to the farming industry as a wholesome and natural enrichment for our fields and crops. Past generations would thus make a valuable contribution to the future and to a safer, productive environment. Moving the disposal function from mawkish and quasi-religious settings on the edges of towns and cities into bespoke industrial units away from habitation would also free valuable development land in prime locations.

Finally, the paper envisages the creation of an arm’s-length executive body, the Thanatorium Agency, to inculcate enlightened attitudes within the populace and impose the industrial and logistical objectives. The mooted name is descriptive with soothing subliminal references to a place of rehabilitation spoken by a child with a lisp which is in keeping with the further infantilisation of the people. It should report through ministers at DEFRA and receive top-level strategic and communications support from the Cabinet Office and 10 Downing Street.