A woke joke, the quackademics who want to cancel Darwin and Newton 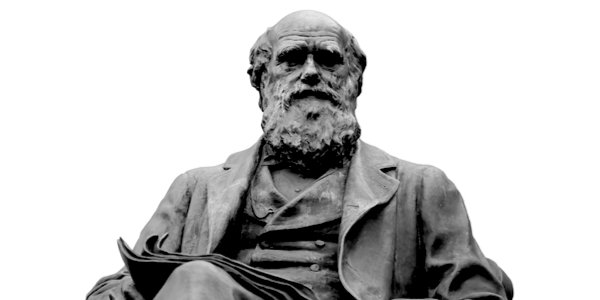 ONE of my alma mater, the University of Sheffield, is rapidly becoming woke-central among British universities.

Following its list of microaggressions, we now have decolonisation of the curriculum. First to fall from grace was Isaac Newton in engineering and now Charles Darwin in biology is due to take a tumble.

I would like to say that I am lucky to have another alma mater to be proud of, the University of Edinburgh. But it too seems to be vying for first place in this new competition of jiggery-wokery to see who can come up with the most risible suggestions to answer questions that nobody seems to be asking.

I can only imagine that someone, or several people, at both universities is being paid to undertake the kind of excoriation that is needed to expose the great wrongs that need to be righted.

After all, the inexorable growth of human resources departments in British universities amply demonstrates their willingness to throw good money after bad, in order to fuel the flames of introspection, self-loathing and the implementation of such vacuous concepts as unconscious bias training.

I have already touched in TCW on the issues of microaggression and microinsults and the very real effects they can have on the study and careers of students and academics who commit heresy.

But that was only the beginning – and now lecturers are going to be instructed on how to teach the canons of their disciplines without reference to those to whom those canons belong. They are also going to be advised to give credence to previously unacknowledged sources of knowledge in their disciplines.

The latter is all very well and, indeed and for example, the contribution of Islamic scholars to subjects such as mathematics, medicine and astronomy is often overlooked or has been misappropriated by Western scholars. However, in many other cases, surely the fact that we do not know about someone is due to the fact that they did not contribute very much.

However, in iconic (a word that will be forbidden at Sheffield) figures such as Newton and Darwin, we are dealing with people who, on the one hand (Newton) discovered the physical laws that govern the behaviour of the visible world and, on the other hand, the person (Darwin) who proposed a unifying theory that explains speciation and underlies the relatively new discipline of molecular biology.

It is hard to disagree with Newton’s discoveries; walking quickly into a wall will demonstrate at least his third law of motion about equal and opposite reactions.

Darwin is more controversial for some – especially fundamentalist Christians and Muslims – but it must be admitted the theory of evolution has, at least, face validity even if the vector and the purpose may be ascribed to a higher power.

These two chaps have fallen into disrepute over slavery and white dominance, respectively. It is known that Newton bought shares in a company with slaving interests in the West Indies. It is also known that he lost a fortune in the process.

His attitude to slavery is not known and it is very likely he was fully aware of the links of his investment to slavery. No excuses really,  except context.

Was there a company in existence in Newton’s time without links to slavery, if not in its own endeavours, then certainly in the raw materials it was using? There cannot be a person who lived in the late 18th and early 19th centuries who did not in some way, however remotely, benefit from slavery.

Darwin’s offence was his very theory which, it is claimed, he used to explain the supremacy of the white man over the black man, and which has found expression in the last century in the theories of eugenics and sociobiology. It is eminently possible that Darwinian ideas of the survival of the fittest as well as eugenics were the foundation for the Nazi movement in Germany.

But Darwin is on record proclaiming his dislike of slavery and not, as far as I am aware, proclaiming a master race and advocating world domination.

We really have ended up through the Carrollian ‘looking glass’ if a major redbrick university is proposing to drop Newton and Darwin from the curriculum. Presumably, the two men’s ideas will persist; how could they not?

But it is almost unimaginable what mental and linguistic gymnastics lecturers at Sheffield will have to go through to avoid using the words ‘Newton’ and ‘Darwin’ in relation to Newtonian mechanics and Darwinian evolution. It would almost be like teaching Marxist dialectical materialism without mentioning Karl Marx and Friedrich Engels.