A young person’s guide to the failure of feminism 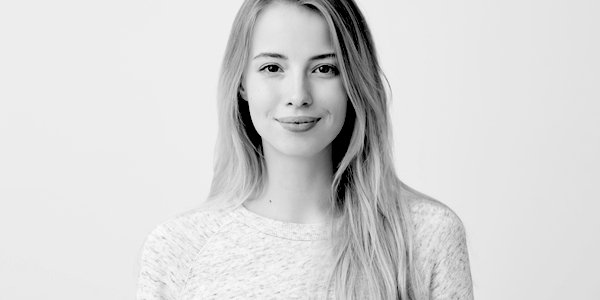 A YOUNG woman, a sixth former, wrote to TCW asking what our main reasons are for opposing feminism. After pondering a smorgasbord of possibilities, I settled on the fallacious nature of feminism’s foundational myths. No good can come of an ideology built on lies.

The first fallacy is that there are no real differences between women and men in aptitude, interests, psychology nor motivation. Differences are socially and culturally constructed out of superficial physiological differences. This belief justifies endless measures to ensure that women are equally represented in every single area of desirable status or work.

The denial of these differences has made it difficult for young men and women to build relationships – women expect men to be like them and it creates disappointment when they respond in unpredictable, non-female ways.

It has meant that we teach children in schools that gender is a choice, and then we wonder at the numbers suffering from gender dysphoria. Another founding fallacy of feminism is that patriarchy is an oppressive, exploitative system created by men for their own advantage. This is a surprising interpretation of a system in which men were the ones who fought and were killed in battles, had the burden of supporting families and did the toughest, most gruelling work.

Actually our Western patriarchy was a system designed to serve and benefit women by tying men into work and the family. As patriarchy dissolves, it is not women who benefit but men who are freed – from the expectations to support a family and from sexual restraints as well.

Be that as it may, the idea of patriarchy as a system designed to oppress women has been the most potent weapon in the feminist armoury. It justifies the ongoing creation of an awful lot of special advantages for women if you believe you have been oppressed and exploited since the beginning of time. And we women can be forgiven if we fail to notice when it is our oppressors who as a result are doing badly throughout the education system, who are more likely to be taking drugs, be excluded from families, committing suicide or sleeping on the streets http://empathygap.uk/?p=2646 .

The third fallacy of feminism, which I see rooted in the historical circumstances which produced feminism, is the belief that the public realm of politics, employment, and status is of greater value and importance than what goes on in the community, family and home. It emerges from the top down, Marxist vision of society where relations of production are pivotal. This underpins feminist logic which has put so much focus on getting women out of the family, into work and into the highest realms of politics.

In fact it is the relations of reproduction which should be central, which our systems of employment and politics should be serving. But feminism has demoted the family and made it secondary. This has incurred a dreadful cost.

Young women are under pressure not just to work but to have careers. This has consequences for family formation and fertility further down the line.

Feminism, by promoting work, abolishing the marriage tax allowance and creating a system of benefits and tax credits, institutionalised the dual-income family as well as the lone parent ‘working’ family. This contributed towards inflation in house prices and elsewhere with the result is that all women, but particularly mothers, are much more likely to be in work .

In the past, when women had children, unless they were extremely poor, they could stay at home and look after them. Not just when they were babies but when they were three, four or even older.

Now children spend most of their waking lives in childcare facilities or schools. How will they learn the meaning of family and home?

I haven’t touched on the effects of cohabitation encouraged by the decline in male income. This accounts for over half of family breakdown which is estimated to cost the taxpayer £51billion in benefits payments, custodial sentencing, mental health services and many other costs. And that is without factoring in the emotional pain incurred to men and their children of growing up in fatherless homes.

What about all the benefits of feminism, I hear you ask.

Firstly, there has been a significant rewriting of history to promote feminist claims. This has involved greatly downplaying the disadvantages which afflicted the vast majority of men and the access which women who really desired it did have to education and careers.

Secondly, many of the legislative changes which have done so much to contribute towards a feminist utopia, the Robbins Report (1963), the Abortion Act of 1967 and the 1969 Divorce Reform Act, were as Neil Lyndon explains, conceived and implemented before feminism properly got under way.

In fact, a great many of the really beneficial changes would have been brought about by democracy or belief in equal opportunities. These changes did not require feminism, as Elizabeth Hobson explains here.

Thirdly, the changes which have most benefited our quality of living, such as endless wonderful household appliances and the internet, have nothing to do with feminist ideology but the application of science and technology – for which a bit more credit needs to go to men.

Feminism has encouraged a greater involvement of men in childcare. However this is only to the point that it enables women to carry on building their careers. When it comes to giving fathers the same rights and status as mothers, which is what is really required to increase paternal involvement, what feminists take away is greater than what they give.

The most generous thing I can say about feminism is that it was a social experiment and as such there is a great deal that we can learn from it about the differences between men and women, the importance of the family, the nature of patriarchy: things which were not consciously articulated or which we didn’t know before.

But as an experiment it has failed abysmally. Women are much less happy. Children are suffering enormously. Our productivity is declining. And if I am to believe all that I read, the behaviour of men has deteriorated hugely from when I was young, and incidents of rape and sexual harassment have gone up.

Your mothers and grandmothers have invested in feminism whether through personal decisions or through livelihoods which all too often depended directly or indirectly on a feminist system. These women will not help to dismantle a system on which they have built their lives.

Young people are the chief victims of feminism. You need to carry on asking questions, researching feminism and the history which lies behind it. We need you to be brave and rebellious and to challenge the systems and beliefs which you have been taught in your schools and maybe your families. Because no less than the survival of Western civilisation depends on your doing so.