NewsPaperthe art of publishing
HomeNewsAargh! Risen from the crypt, it’s Major and Blair, the Brides of...
70

Aargh! Risen from the crypt, it’s Major and Blair, the Brides of Brussels 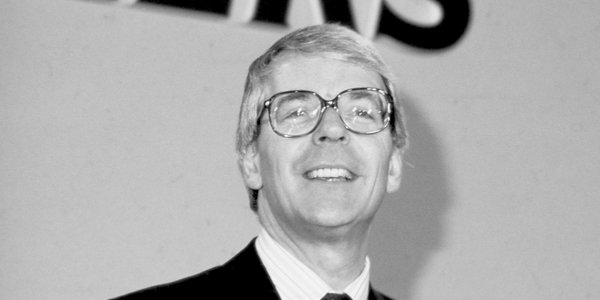 Fingers on buzzers, here’s your starter for ten: In 1992, which member of the Conservative government described himself as ‘the biggest Eurosceptic in the Cabinet’?

Was it a young Michael Portillo, then the great hope of the Tory Right? Partial at the time to invoking the spirit of the SAS, did Choo-Choo yearn to storm the European Parliament?

Or was it Michael Howard who, when he famously declared ‘prison works’, perhaps dreamt of incarcerating the then President of the European Commission, Jacques Delors?

Could it have been Peter Lilley, reprising the unforgettable version of Gilbert & Sullivan’s ‘I’ve Got A Little List’ with which he had wowed the party conference, only this time impugning ‘Interfering Eurocrats – they’ll none of ’em be missed!’?

The answer is: none of the above. As aficionados of unintentional satire will know, the braggart was actually the man who subsequently described the aforementioned trio, because of their antipathy towards the EU, as ‘bastards’. Yes, according to the memoir of political correspondent John Sergeant, in the autumn of 1992 the self-proclaimed ‘biggest Eurosceptic in the Cabinet’ was in fact John Major – that devotee of the ruinous European Exchange Rate Mechanism and the ruthlessly enthusiastic endorser of the Maastricht Treaty, the instrument for massive European integration.

A quarter-century later, Major has of course just delighted Remainers with a speech intended to pre-empt and undermine Theresa May’s own keynote address which was due two days later. Emerging from his political crypt to oppose Brexit by delivering what he described as a ‘frank assessment of what leaving Europe may mean’ – i.e. to give us his own version of Project Fear, to which he gave the snappy title ‘Project Know Your History’ – Major pressed for a change of negotiating strategy, urged a non-whipped vote on whatever deal is put to Parliament and supported, if necessary, a second referendum – in short, anything and everything necessary either to keep us in the EU or dilute Brexit to the point of its being meaningless.

Following a speech which made no attempt to address why 17.4million voted Leave, sympathetic interviewers uncritically allowed Major further to ramp up the invective against Brexit and its supporters. Predictably egregious was the one-to-one with C4’s Jon ‘F*** the Tories’ Snow.

Rather than interrogate Major on the veracity of his assertions, Snow gently lobbed him rhetorical questions such as ‘Is there any Brexit that could be in the national interest?’ and ‘How close to national self-harm do you think the country now is?’ Snow even flattered Major by telling him: ‘I’ve never seen you so passionate’, which might or might not be a line the presenter had borrowed from Edwina Currie.

Nor did interviewers take Major to task over his repeated bracketing of abstainers with Remain voters, thereby nonsensically presenting opposition to Brexit at 63 per cent. Small wonder that the response from Jacob Rees-Mogg, recently posted by Laura Perrins, decried Major’s ‘cheap comments and propaganda’ as unbefitting of a former prime minister: ‘This isn’t a statesman-like speech, this is somebody grubbing around in the weeds for weak arguments.’

At least Major is no longer pretending to be a Eurosceptic. Nevertheless, he began the speech by making the laughable claim, ‘I am neither a Europhile nor a Eurosceptic.’ In fact, with his latest hissy fit and implacable opposition to any form of withdrawal, Major reveals himself to be every bit as slavish an EU-fanatic as Tony Blair, who himself recently urged fellow Remainers to ‘rise up’  – an instruction dutifully obeyed by Sir John. On Europe, only the styles and personalities differ: whereas it has long been assumed that Blair’s messianic ambition extends to being president of a federal Europe, the Pooterish John Major would probably settle for organising the traffic cones for Tony’s motorcade.

It is now apparent that despite having once been rival leaders, Major and Blair actually have more in common with each other than with much of their respective parties and voters. Even in the 1990s, when ostensibly political opponents, the pair displayed no great philosophical divide. But whereas by the time Tony Blair took office the public generally knew they were getting a slick showman, by contrast John Major had largely risen without trace.

Sometime in the late eighties on the quiz show Fifteen to One, presenter William G Stewart gave an answer as ‘the current blue-eyed boy, John Major’. The sardonic description was understandable because at the time Major appeared to be the latest in series of youngish men who, during the Thatcher years, were briefly thought to be favoured by Maggie and fleetingly touted by the press as a potential successor. But unlike, for example, the long-forgotten John Moore (described in 1987 by political commentator Brian Walden as ‘having future Tory leader written all over him’), when Thatcher fell in 1990 Major was in the right place at the right time superficially to be an alternative to Michael Heseltine, though few yet knew what core beliefs, if any, he held.

The Thatcherites who felt duped during the years that followed should for once have heeded Ken Livingstone, who at the time identified John Major as the most Left-wing Tory he had ever known. In his memoir, Livingstone records asking Major, then Chief Secretary to the Treasury: ‘Given how Left-wing you were in Lambeth [Council], how do you put up with all this Right-wing crap from Thatcher?’ ‘You know me, Ken, I haven’t changed. One day I will be able to do what I want.’

And in 2018, what John Major wants, what he really, really wants, is for the government to ditch the ‘national self-harm’ of a meaningful Brexit and for the ‘will of the people’ to be set aside for what he perceives to be the ‘wellbeing of the people’. Having described this and the rest of Major’s speech as ‘humbug’ and ‘political legerdemain’, Jacob Rees-Mogg was reminded by broadcaster Iain Dale of Ronald Reagan’s maxim ‘Never speak ill of a fellow conservative’. ‘Oh, is he a conservative?’ deadpanned Mogg, ‘I’m so sorry, I was missing that.’

It was an exchange which provided Dale with a hearty chuckle. But when the reappearance of John Major is to bolster the campaign for the Leave vote to be overturned, it is no laughing matter.