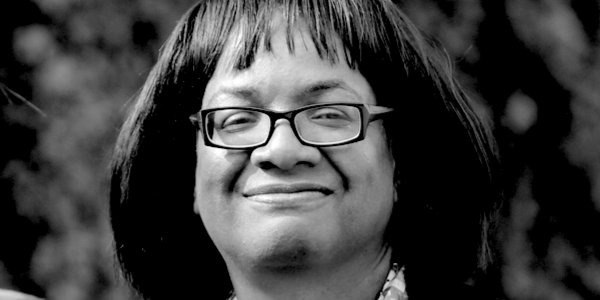 AS IS evident from Laura Perrins’s article ‘Grovelling Amber is Left in the lurch’, Amber Rudd has no political soulmates at TCW: should she ever lead the Conservatives – which seems unlikely in the extreme – the party will become even less distinguishable from the LibDems and TIGgers. And one imagines that had a back-bench member of the ERG committed Rudd’s faux-pas of publicly referring to Diane Abbott as ‘coloured’, Amber would have been prominent amongst those publicly admonishing their colleague for ignorantly using offensive language which has no place in today’s Tory party.

Describing herself as ‘mortified at my clumsy language’, Amber Rudd has apologised to Diane Abbott. But of course when anyone remotely Right-leaning falls foul of a speech code, no apology, however cringing, will ever entirely satisfy the Left.

You might forgive your grandma for saying it, but cabinet Ministers in 2019 should know better than this.

Using the term "coloured" to describe anyone who is not white is offensive because it assumes being white is somehow normal or the default.
https://t.co/xL2vVYVKQq

Amber Rudd undermining an important point about online abuse by referring to Diane Abbott as a “coloured woman” on @BBCRadio2. She clearly gets her language from the same bygone era as her abhorrent welfare policies.

There are plenty of reasons to reproach Abbott but skin tone is relevant only in the context of her habitual playing of the race card. Had Rudd tripped up while disparaging Diane, there would have been justifiable anger at a pejorative use of ‘coloured’. But Amber alluded to Abbott’s ethnicity only because she specifically was deploring the racial dimension to the abuse directed at Diane.

Abbott could have remained silent. But her declining to comment would have been out of character – except, of course, when under interrogation by Andrew Neil, in which case she pleads the Fifth. (Portillo’s face is a picture.)

Or Abbott could have corrected Rudd’s antiquated language while still graciously acknowledging the good intentions of her political opponent, for example: ‘The term “coloured” is outdated but I thank Amber for her well-meaning support. No offence was meant and none has been taken.’

Such a reaction would have disappointed the race-hustlers on the Left; but a generous response would have impressed the general public and at least some voters would have formed a more favourable view of Diane Abbott as a future minister in a Labour government (God forbid).

Evidently magnanimity is not part of Diane’s makeup. In her reaction Abbott not only failed even to acknowledge her opponent’s sisterly support, her tweet criticised Rudd’s ‘revealing choice of words’.

The term "coloured", is an outdated, offensive and revealing choice of words.

Revealing of what, Diane? If her choice of language has ‘revealed’ Amber Rudd to be a political dinosaur, a privileged white woman or something even worse, then kindly say so; but unless you have the courage to make an outright accusation, do not slyly insinuate inherent racism.

Amongst the various adjectives that can be applied to Diane Abbott there is another c-word: contemptible.