NewsPaperthe art of publishing
HomeLaura PerrinsAbortion, Brendan, is about women and babies
73

Abortion, Brendan, is about women and babies 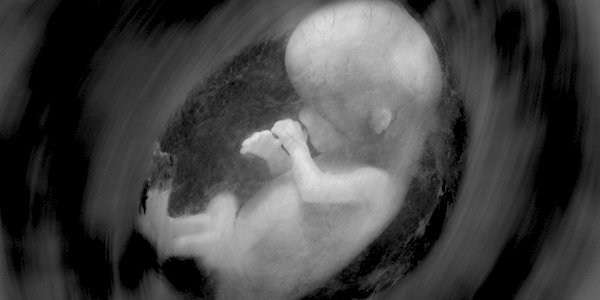 Behold our new custodian of language, the great and good pro-choice overlord, none other than Brendan O’Neill, editor of Spiked Online. Brendan did cast his wise eye over the Irish abortion referendum and he did not like what the pro-lifers were saying. Nay, he said unto us all, stop talking about babies or children for they are mere fetuses, and thus disposable.

In fact, this so-called lover of liberty not only wants to restrict what you say about abortion, but wants to compel us to use that great Latin favourite of the pro-abortionists, the fetus (or foetus, as many of us spell it). The term ‘foetus’ just means offspring so I am not sure this takes Brendan’s pro-abortion position any further, but there you are. As Peter Hitchens points out, most of these people never use Latin day to day but when it comes to the unborn, they are veritable scholars in the dead language.

Truly, compelled speech is usually the preserve of the Leftist but here is Brendan getting his knickers in a knot because pro-lifers dare use the term ‘baby’ or ‘child’. O’Neill: They are conscious – surely? – that even the terms ‘baby’ and ‘child’ mean different things, never mind the even greater difference between those two terms and the term ‘foetus’. A baby is a very young child you can hold and feed. A child is a young human being who has not yet reached puberty.

The pro-life position is that it is morally wrong intentionally to kill another innocent human and as such this makes abortion problematic, to say the least. Not everyone believes in the sacredness of the human life, for example Matthew Parris, who says that it can be right to take the lives of born babies as well as unborn.

Brendan seems particularly obsessed with the eight or ten-week-old foetus, but I am pretty sure he supports very late-term abortions too. Up to 36 weeks, or 40 weeks or 42 weeks perhaps (yes, pregnancies can last this long) so let’s not hedge our bets. Let’s scan your 35-week foetus, said no sonographer ever.

After wading through Brendan’s tantrum I read the stories of some women who have had abortions. Do you know how many times they use the word foetus? It is the same number of wombs Brendan has – zero. One woman at 4.5 weeks wrote: Part of me wants this baby, the other part wants to run for the hills. One minute I think I’ve made my mind up and then I change it again, I’ve been in this loop for days now.

I am not saying these women regret their abortion – most in fact don’t – but there is no talk of ‘foetuses’; they almost always talk about their baby. They don’t talk about empowerment or liberation either. Most of the time the decision is guided by stark financial hardship, unsupportive partners and career decisions. One woman talks about how she felt suicidal after her abortion, undergone because her boyfriend pushed her into it and she felt as if it was not her decision. No liberation there.

So no, abortion is not about a ‘mere’ foetus. It’s about women and their babies. Just ask those who have had one.