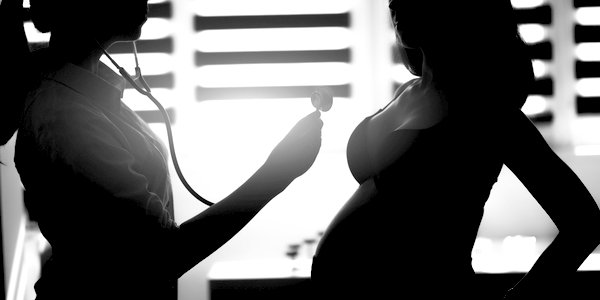 ‘Abortion rights in “dire, immediate danger” as Anthony Kennedy retires’ screamed the Guardian last week. As usual with Guardian headlines about the US, however, it isn’t quite as simple as that.

Anthony Kennedy, or Justice Kennedy to give him his proper title, is a moderately conservative Reagan appointee on the nine-member US Supreme Court who has announced his retirement. The word ‘moderately’ matters: he is pro-death penalty but pro-gay marriage; pro-gun but pro-LGBT rights; and so on. Without him the Court remains fairly evenly balanced between liberals (Ginsburg, Breyer, Sotomayor and Kagan) and conservatives (Roberts, Gorsuch, Thomas and Alito). But the bull elephant in the room, as so often in American judicial appointments, is abortion.

Let me explain. In a controversial 1973 decision called Roe v Wade, the Supreme Court decided that although the US Constitution said nothing as such about abortion, it implicitly permitted it as long as a foetus was incapable of living outside the womb. It follows that neither the federal nor any state government can restrict abortion rights up to a period of about 24 weeks. This decision is now iconic in the pro-choice world (it’s one of the few names of legal cases which every American knows); but it is controversial, and could be overruled. Kennedy, though a Catholic, is a supporter. Donald Trump has made it quite clear that he is not.

We don’t know who the President will nominate, though we are told we should have a name in just over a week. Trump has said he will not make an issue of Roe v Wade, and he is likely to be as good as his word. But of the three front runners, Brett Kavanaugh, Amy Coney Barrett and Thomas Hardiman, the first two are clearly anti-Roe v Wade and the third probably is.

Should anyone be worried? Despite the screaming headlines in the Guardian and in the American liberal media suggesting that opposition to Roe v Wade represents a hard Right, possibly indeed religious Right, takeover, the answer is No. Most TCW readers probably disapprove of abortion anyway in other than exceptional circumstances: if so, any weakening of the constitutional protection given to it is welcome. But you don’t have to be pro-life to want to get rid of Roe v Wade. You merely have to believe in democracy, or as they put it in the US, the right of the people.

The effect of the current interpretation of the Constitution under Roe v Wade is that the decision on a matter of vital social policy, whether abortion of the non-viable foetus is permitted, is removed from the voters of the individual States where it belongs; it is withdrawn from the democratic process and imposed by a fiat of the unelected. This may be all right in some vital matters – freedom of speech, the right to vote, the right to due process – but it can’t be right in an area as controversial as this.

If the opponents of Roe v Wade – one of whom may well be appointed – were saying that abortion ought to be constitutionally prohibited throughout the US, that might be objectionable. But that’s not what they’re saying. They are merely making the point that how far abortion is allowed in Mississippi and Massachusetts should be a matter for the voters of Mississippi and Massachusetts. They might reach reach different conclusions. Indeed it’s a racing certainty that they would. Mississippi, together with about twenty other States, would severely restrict, if not prohibit, abortion; Massachusetts, California and a number of others would allow it. So be it. It’s healthy politics that if you want your own strongly-held view, such as an uncompromising pro-choice position, to prevail, you should have to persuade voters that you’re right: you shouldn’t be given a get-out-of-jail-free card courtesy of Big Brother in the Supreme Court. The smug intellectuals in the Beltway and Boston, or even the Guardian offices in London, may well regard peasants in Jackson, Mississippi in much the same light as Islingtonians look upon the riff-raff of Sunderland. But it’s a bit much to tar as hard Right someone who merely wants to increase the power of local people, wherever they are, to run their own affairs without interference from those who know better.