NewsPaperthe art of publishing
HomeNewsAccept it, feminists. You work less, you earn less
73

Accept it, feminists. You work less, you earn less 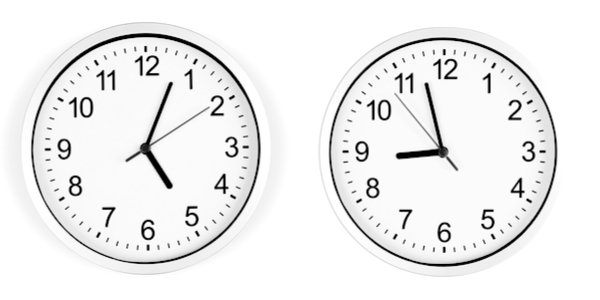 We may be in a new year, but unfortunately the myths that much of the mainstream media have been promulgating for several years are still with us. I predict that in 2018 Islamic terrorism will continue to have nothing to do with Islam, no matter how many Islamic extremists plot to maim and murder us. Those of us who hold the offensive but biologically accurate view that having a penis means you shouldn’t be eligible for a Woman of the Year award will still be viewed as ‘hate criminals’ by many. Then there’s the gender pay gap. A non-existent problem that never goes away, but is viewed with utmost urgency by politicians, feminists and much of the media. We were barely a few days into January when the Irish government announced they were convening a conference to deal with the issue.

If there were more dissenting voices in the media we would hear more about the fact that most Western countries don’t have a gender pay gap. What we have is an earnings gap. Yes, women on average earn less than men over their working lives, but it is rarely reported that this is due to the choices that a majority of women make about their lives. As a considerable percentage of mothers either leave work entirely for several years once they have children, or work only part-time, it is simply due to mathematics and not some patriarchal bogeyman that they will earn less over a lifetime than someone who doesn’t spend several years out of the workforce. The minority of fathers who are stay-at-home dads or work part-time also earn less on average over a lifetime than men and women who work full time over their lives. When you work less, you earn less. It’s a simple equation which feminists fail to grasp.

A 2016 report by Eurostat, the EU’s official statistics body, showed that 58 per cent of UK mothers and 40 per cent of Irish mothers worked part-time. Of course, the Left-leaning Irish Times reported this as an example of male inflexibility as there were considerably fewer fathers working part-time. The conclusion that is drawn from this information by most of the media and political class is that women are having their earning potential diminished by an oppressive patriarchy that reinforces socially constructed gender roles which assert that women should assume the role of primary care-giver to their children. However, when anyone bothers to speak to mothers and ask them for their views, the vast majority don’t subscribe to the feminist dogma that for there to be true gender equality women and men should be spending equal amounts of time working outside the home. In the United States, Pew Research shows that a vast majority of mothers want either to work part-time or not at all. Across the British Isles, various reports have shown (see here and here) that many mothers working full-time would also like to quit working all together or only work part-time.

In that the earnings gap results from the choice of a majority of women across the Western world to reduce the amount of paid work they do, the question is raised of why most of the media present the issue as if women are being discriminated against. The reason is that much of the media subscribe to feminist ideology which asserts that true gender equality can occur only when women earn on average the same amount and both genders are doing the same share of housework and child-rearing. Gender equality, for these feminists, is about making men and women identical, and they are either oblivious or in complete denial that this isn’t what a majority of women want. The truth is that the feminist media clique are not concerned with the hopes and desires of most women, and even less so with working-class women. This is why you will only ever read articles or see reports on why we need to get more women on to the boards of companies, or get more women working in science or engineering. You will never read, or see a report, about ensuring that 50 per cent of bus drivers are female. No, instead the media bombard us with what concerns and affects middle and upper middle class career-obsessed feminists, many of whom work in senior positions in the media. The so-called pay scandals at the BBC are nothing more than narcissism masquerading as news. The variation in salaries for people doing similar or the same jobs at the BBC is a disparity between individuals. It has nothing to do with gender. This is why the TV presenters Tess Daly and Alex Jones are paid considerably more than several male TV presenters, as is Lauren Laverne on the radio. If this is sexism in action it isn’t very consistent. However, you won’t hear much about that because it doesn’t fit the narrative that some of the best-paid and most successful women in the country are victims of an all-pervasive patriarchy.